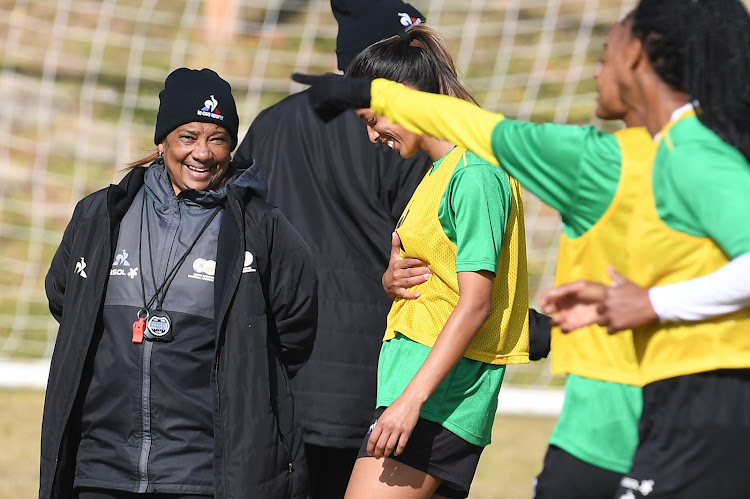 The SA Football Association (Safa) has dangled a mouthwatering R10m carrot for Banyana Banyana to win the 2022 Africa Women Cup of Nations (Awcon) to be hosted by Morocco in July.

Safa president Danny Jordaan announced before the team’s departure on Tuesday that their total investment in the team is R10m, including logistics.

“We are going to pay R9.2m in bonuses for this team on the basis that they win the tournament. If they win Afcon we will pay R9.2m. If you look at the other costs, our total investment in this team for this tournament will be R10m,” said Jordaan.

“This is our commitment and confidence for this team. This R10m is the highest ever paid to any national team for both men and women.”

Jordaan also indicated they are working tirelessly to improve the women’s game.

“We are strengthening women’s leagues all over the country to drive towards reaching our targets. Of course referees and coaches are involved and we are here for the send-off of the team to Morocco.

“The first match is probably the match of the tournament against Nigeria, who are ranked No 1 on the continent and SA are ranked No 3. That is the opening match and it is a very important match for us.

“We want the team to focus on the football issues before them. They must focus on playing and have nothing else to distract them from being the best team in the tournament,” Jordaan said.

Meanwhile, Banyana coach Desiree Ellis is thrilled to have the streetwise Jermaine Seoposenwe back as SA put the final touches to their mission to conquer the African continent and qualify for the 2023 Fifa Women’s World Cup in Australia and New Zealand.

Ellis named the Portugal-based forward in her final 23-women squad for the Awcon in Morocco. The tournament will be held in two cities, Casablanca and Rabat, from July 2, with the final set for July 23.

Ellis named a strong squad of experienced players, overseas-based stars and talented youngsters. Seoposenwe, 28, who plays for SC Braga in Portugal, has not featured in the national team for the past two years, with media reports suggesting she snubbed Banyana to focus on her club career.

However, it looks like the star has recommitted herself and will be hoping Ellis and Banyana win the tournament for the first time.

“I’ve been in contact with Jermaine since last year. She came for the Netherlands game [in January] and, unfortunately, it was cancelled when we had all those positive Covid-19 cases,” Ellis said.

“She couldn’t come to the Aisha Buhari Invitational Cup [in Nigeria, which SA won last year] and we all know the reasons why she couldn’t travel — her documents were not in order. We were under the impression that she could play in Europe and she was not able to do that.”

Ellis said Seoposenwe would be crucial for Banyana, who have been in five Awcon finals, as she is in fine form.

“Jermaine has been on fire at her club. She is scoring goals regularly and creating for others as well.

“She is streetwise, but more than that she brings a lot of quality, a lot of determination and a winning mentality and that’s what we need from players such as Jermaine,” Ellis said.

Buck, who was appointed in 2003 when former owner Roman Abramovich bought the club, will remain as a senior adviser after June 30
Sport
1 week ago
Next Article