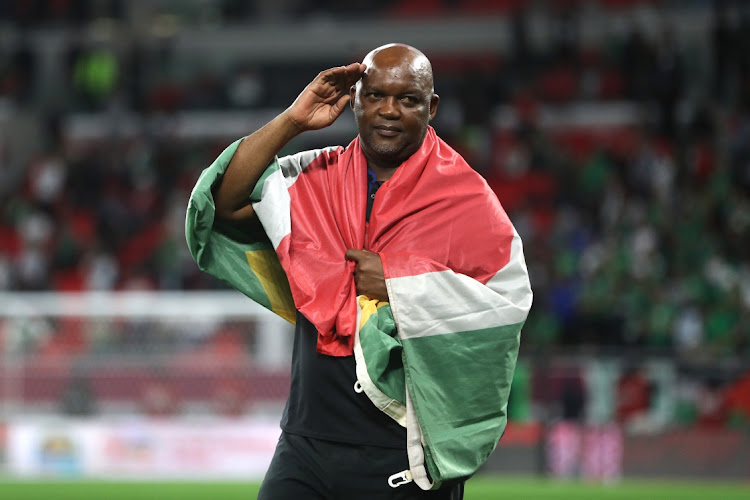 Amid incessant speculation swirling about the future of Pitso Mosimane as head coach of Egyptian giants Al Ahly, Monday’s news of his decision to seek greener pastures didn’t exactly come as a bolt out of the blue.

Despite his successful 20-month tenure with the 10-time African champions, the former Bafana coach had been subjected to constant sniping by leading former players such as Wael Gomaa, a six-time Champions League winner, Taha Ismail and Samir Kamouna, with sections of the Egyptian football media regularly in his ear about his methods, tactics and use of players.

Despite a stellar record and delivering success, Mosimane was under close scrutiny from his critics who hold sway among the club’s huge fan base that includes more than 20-million followers on Twitter and Instagram.

Still, coming as it did just three months after signing a new two-year deal with Al Ahly, Mosimane’s decision to leave Africa’s club of the 20th century has stirred speculation among the continent’s football community about the reasons for his exit and his next move.

Before his departure, the outspoken coach still enjoyed the full backing of his club’s hierarchy, most notably its president, Mahmoud “Bibo” El Khatib, who took the bold step of hiring the former Mamelodi Sundowns mentor in October 2020. As the club said in a statement announcing Mosimane’s departure, their hierarchy all agreed that “he should continue his mission with Al Ahly as a result of the achievements he managed to accomplish during the previous period”.

Thankfully, the split seems to have been amicable. Judging by the social media interactions from the club and fans immediately after his departure, there’s no doubt Mosimane was widely loved and highly respected for the job he did with the team over the past 20 months.

Jingles, as the 57-year-old former striker is affectionately known, has constantly spoken about the tough, stressful demands of the job in a football-mad country, and judging by reports emanating from Cairo, it seems as if the pressure, particularly in the aftermath of the 2-0 defeat to Wydad Casablanca in the Champions League final two weeks ago, took its toll.

As Mosimane revealed in a recent newspaper interview, the pressure to win every game is unrelenting: “You and I can judge it, and say it’s right or wrong, but that’s what they believe in, hence there is no coach that lasts because that’s what they want.”

Given his openly stated desire to reclaim the league title from fierce Cairo rivals Zamalek, who claimed the crown with a four-point cushion over the Red Devils last season, it’s perhaps surprising that Mosimane didn’t see it fit to don some Teflon at least until the end of the season in August to give himself the chance of realising that dream.

His departure also raises questions about the ethics of honouring a new contract that had been signed as recently as March.

As it turned out, Mosimane fell just more than three months short of completing a rare two-year stint with the 42-time Egyptian champions — a feat managed over the past two decades only by club legend Manuel Jose. The Portuguese coach stayed for more than six years between 2003 and 2009 in the second of three stints with the club, during which time he delivered three Champions League titles.

In the past decade, Al Ahly had no fewer than 12 coaches who held the job full-time, including the likes of former Dutch international Martin Jol, Spaniard Juan Carlos Garrido, who managed Villareal and Real Betis in La Liga, former Chile national coach Martin Lasarte and Frenchman Patrice Carteron, who won the Champions League with TP Mazembe in 2015.

Beyond the obligatory silverware he has delivered — two successive Caf Champions Leagues, two Caf Super Cups and one Egyptian Cup as well as securing two third-place finishes at the Fifa Club World Cup — Mosimane has also opened up a pathway for sub-Saharan African coaches in North Africa.

During his time in Cairo, he has won respect and admiration in the cut-throat world of football in a highly competitive region where coaches are fired on the whims of emotional club presidents who demand instant success.

As the first black African coach to guide the continent’s most successful club, Mosimane broke down seemingly insurmountable racial and cultural barriers in a region where local coaches with counterparts from Europe and South America have been the preferred options. Breaking through the ceiling in North Africa, particularly with a club like Al Ahly, where the standards are extremely high, cannot be underestimated.

The Democratic Republic of the Congo’s Florent Ibenge has been in charge of Morocco’s RS Berkane since July 2021, leading them to victory over Orlando Pirates in last month’s Confederation Cup final.

So where to now for Mosimane? He has previously indicated his admiration for football in Saudi Arabia, the UAE and Qatar, so don’t be surprised if he heads to a destination in the Middle East to continue his coaching adventure outside SA.

Hopefully, he will open more doors not only for his SA colleagues but also for those from Sub-Saharan Africa.