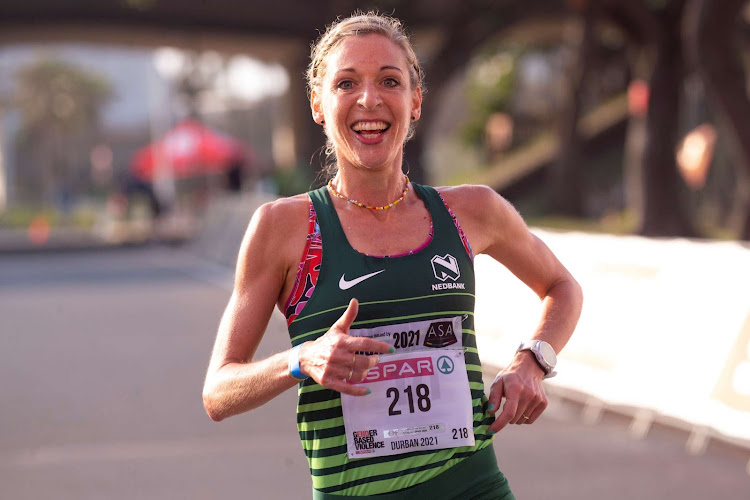 Organisers of the Spar Women’s 10km Grand Prix series are expecting records to tumble in the second leg of the popular women-only road race in Durban on Sunday.

After the very fast season opener in Gqeberha in May, when the first 11 runners home finished in under 34.0min, race director of the Durban edition Brad Glasspoole predicts more of the same on Sunday.

“The race is all at sea level, with the highest elevation 9m,” he explained. “It’s an ideal route for in-form runners to break records.”

The race starts and ends in Battery Road, outside Kings Park swimming pool and is one of the few races in SA to finish on the road rather than in a stadium.

The athletes will line up facing Moses Mabhida Stadium. The first 5km take the runners on a circuit around Kingsmead Cricket Ground while the second 5km takes them along Durban’s beachfront, to a finish in front of Kings Park swimming pool.

Johannes, 41, was thought to have run the fastest time by a veteran in Gqeberha when she won the race in 31.53, but it was later found that 43-year-old Australian Lisa Weightman had run the Sydney 10km in 31.20 three weeks earlier.

However, Johannes set a world record for over-40s in the SA half marathon championships, with a time of 1hr 7.49, beating Weightman’s world record of 1:8.48.

Two Oceans champion Gerda Steyn has confirmed her entry for the Durban race. Also running on Sunday are Ethiopians Tadu Nare and Selam Gebre, who finished second and third respectively in Gqeberha. Nare won the Grand Prix in 2021.

Another exciting prospect is rising star Karabo Motsoeneng of Prestige College, who will represent SA at the World Under-20 Championships in August.