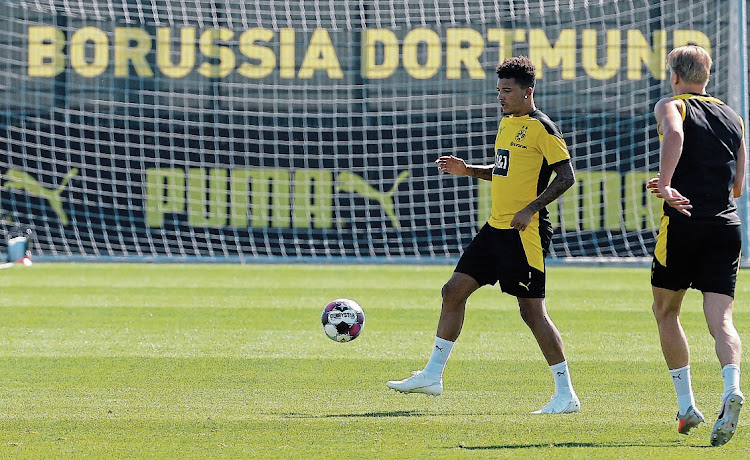 Bengaluru — Borussia Dortmund have reached an agreement for the €85m transfer of England winger Jadon Sancho to Manchester United, the Bundesliga team said on Thursday.

“We reached a general agreement with Manchester United on the transfer of Jadon Sancho, pending full completion, as there are still some formalities to agree on and the medical check to be completed,” Dortmund’s CEO Hans-Joachim Watzke told a news conference.

Sancho emerged as United’s No 1 transfer target in 2020 but the Old Trafford club could not agree on a fee. The 21-year-old scored 16 goals and made 20 assists in 38 games for Dortmund in all competitions in the 2020/2021 season.

He helped Dortmund qualify for the Champions League with a third-placed finish in the Bundesliga.

Sancho has 20 caps for England since making his debut in 2018, but has hardly featured in the team’s run to the Euro 2020 quarterfinals, playing only six minutes as a substitute in their 1-0 Group D win over Czech Republic. England take on Ukraine in the last eight on Saturday.

His addition will strengthen United’s right side of midfield as Ole Gunnar Solskjaer’s team look to challenge for the Premier League after finishing second last season, 12 points behind champions Manchester City.