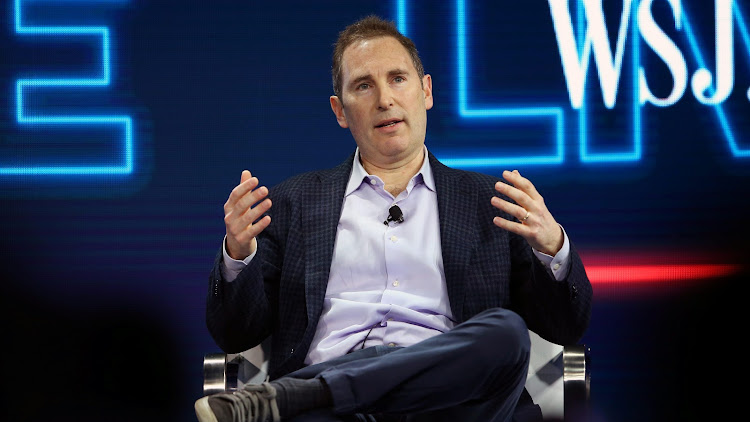 The biggest challenge for Amazon’s next boss, Andy Jassy, may come from the business he knows best: cloud-computing services.

Starting next week, and for the first time in the internet giant’s 27-year history, someone other than its larger-than-life founder Jeff Bezos will be calling the shots as Bezos  steps aside to make way for Jassy,  head of Amazon Web Services. Jassy will have big shoes to fill. Bezos generated $1.7-trillion in value for investors by creating new products — including Kindle and Alexa — and being on the forefront of vast new growth markets in e-commerce, online marketplaces and cloud services. But before Jassy can think about matching hi predecessor’s inventiveness he will have more immediate issues of concern.

The transfer of power comes at a critical time for Amazon. It is facing growing scrutiny from regulators for its business practices. At the same time, Congress is considering an array of antitrust legislation that targets  Amazon’s vast empire. And its e-commerce sales are set to slow from their breakneck pace during the pandemic. But these issues pale in importance to a key concern: Can Amazon Web Services maintain its leadership in the cloud-computing space? On that, I’m not so sure.

Analysts agree that AWS is the company’s most important and valuable business. The unit’s high profit margins and growth prospects have been the primary driver of shareholder returns in recent years. And the future opportunity for the business — which rents computing power to startups and companies — is still huge. According to Wedbush Securities, global cloud-services spending will approach $1-trillion over the next decade as businesses continue to shift spending to the public cloud vendors.

But there are signs that Amazon’s dominance is waning. A Gartner report released on Monday revealed that AWS’s growth rate significantly trailed its peers in 2020. The unit’s 29% gain in revenue from infrastructure cloud services in 2020 compares with a 41% jump for the entire market and a roughly 60% surge for Microsoft’s Azure and Alphabet’s Google Cloud, according to the report. (Note: Gartner’s definition for infrastructure cloud services may not perfectly match corporate definitions.)

While AWS still holds a commanding lead in cloud services, the competition is catching up. The reality is that the market has become a three-player race. There are reasons customers are choosing to go with AWS’s competitors. Microsoft, for instance, offers better integration with legacy in-office servers, along with a one-stop relationship for corporations that already use its enterprise software. Google is gaining share for its prowess in artificial intelligence tools and capabilities using the open-source free software technologies — including Kubernetes — that allow companies to better expand and manage cloud applications.

But Amazon’s biggest headwind may come from its growing competitive presence in nearly every sector of the economy. Already, Amazon is a force in retail, entertainment, logistics and advertising, and experts predict it will expand into new areas — including health care, grocery and financial services. This puts it increasingly at odds with its corporate web services clients. Corporate America is taking notice. In April, Target Chief information officer Mike McNamara told Protocol that after Amazon bought grocer Whole Foods four years ago, the big-box retailer decided to move off of Amazon’s platform. The executive confirmed they no longer use AWS at all and have replaced the vendor with Google Cloud and Microsoft Azure. Other companies will certainly follow in Target’s footsteps, crimping Amazon’s prospects.

Bezos has often repeated the story behind Amazon Web Service’s success, citing the “business miracle” of how its peers did not compete in the cloud-services market for seven years after its launch and calling it the greatest piece of luck in business history. In a sense, he was rubbing it in, making fun of Microsoft, Google and others for completely missing the importance of the new cloud market. Now, given the tightening race among the cloud players and rising threat from rivals, it will take a lot more than luck to stay ahead. But that’s for Jassy to solve.

As Bezos prepares to fly into space, Amazon’s golden goose is under threat like never before. Unfortunately for the new CEO, the competition is fully awake.

• Tae Kim is a Bloomberg Opinion columnist covering technology. He previously covered technology for Barron's, after an earlier career as an equity analyst.

Watch this space: the smart way to pay

Leave your wallet and cards behind: this is how I used my smartwatch and a virtual card to make a payment
News & Fox
1 year ago
Next Article