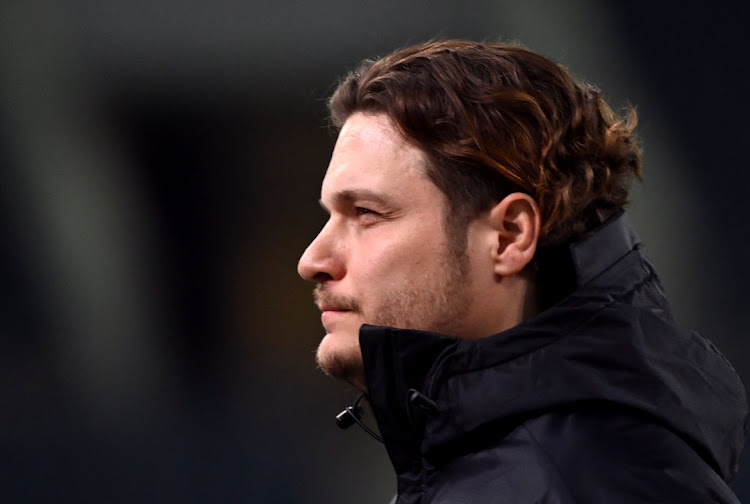 Berlin — Borussia Dortmund could not have hoped for better timing ahead of Saturday’s trip to Bayern Munich for the Bundesliga’s Der Klassiker as they look to rescue their rollercoaster campaign with a late winning run.

Dortmund were considered title contenders at the start of the season but their early spark faded fast, leading to the departure of coach Lucien Favre in December. While successor Edin Terzic’s run since then has been far from flawless, his team look to be hitting their stride, having won four games running in all competitions.

They include a confidence-boosting win over Ruhr valley rivals Schalke 04 as well as a 3-2 victory in Sevilla for the Champions League Round of 16 first leg.

Dortmund have also climbed back up to fifth place in the Bundesliga on 39 points, three behind fourth-placed Eintracht Frankfurt, with the top four finishers qualifying for next season’s Champions League.

Key to their improving performances has been midfielder Jadon Sancho, whose form dip earlier in the season has now been forgotten. The England international has been sensational so far in 2021, scoring eight goals in all competitions while setting up another seven.

Sancho was also on target in their 1-0 win over Borussia Moenchengladbach on Tuesday that sent them into the German Cup last four. But both he and Raphael Guerreiro were taken off with minor muscle injuries with Terzic saying it was a precautionary move.

Bayern may not be playing a dominant domestic season like in past years but they are still leading the race as they hunt for a ninth straight Bundesliga title.

The Bavarians, winners of six titles in the past nine months, are 13 points ahead of Dortmund going into their 104th Bundesliga clash but only two ahead of second-placed Leipzig. While they are considered favourites, they know a slip-up against Dortmund could be costly at this stage of the season.

“We are a few points ahead of Dortmund but they have the quality to play at top level,” Kimmich said. “So it will be all about mentality making the difference. We have to feel that we really want this game.

“Most of the games against Dortmund are tight. At home we often decided them in our favour. This is again our goal this time,” he said.

With four goals in four games, the forward has hit his stride
Sport
1 month ago