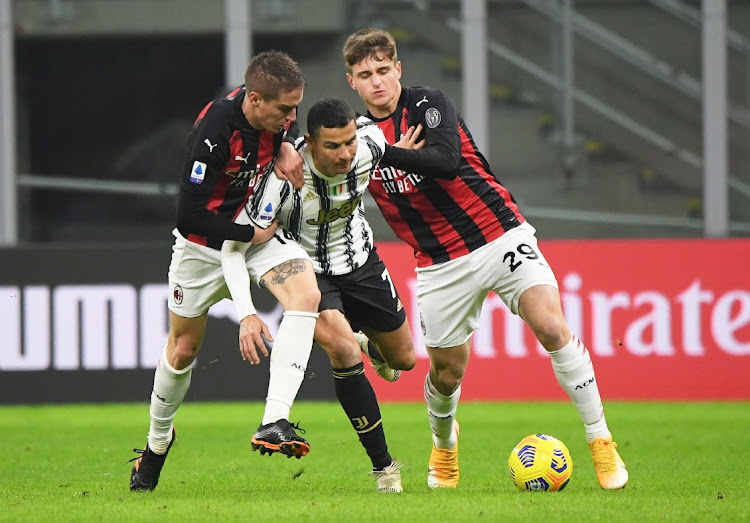 Rome — Juventus have been reigning Serie A champions for the past nine seasons and AC Milan were top of the table at the halfway stage of the campaign, but both teams go into this weekend battling to secure a top-four finish this term.

All was looking rosy for early pacesetters Milan as they went unbeaten for the first 15 league matches of the campaign to help them be crowned “winter champions” — a midseason title that is taken seriously in Italy due to historic precedent.

Only twice since the league reverted to 20 teams in 2004 have the winter champions failed to finish on top — Napoli in 2015/2016 and 2017/2018, but Stefano Pioli’s Milan side have become another exception after falling away spectacularly.

Milan are now fifth, 13 points behind runaway leaders Inter Milan, having lost five games since claiming the winter crown, and below another of the teams who tried to launch a breakaway Super League last week — Juventus, who also have 66 points.

Things have not gone to plan for rookie Juve coach Andrea Pirlo this season. The former Juve midfielder was looking to make it 10 successive Scudettos but his team have produced a limp title defence and never looked in the running. Coupled with another early Champions League exit, the pressure is mounting on Pirlo.

Sixth-placed Lazio are five points behind Milan and Juve but have a game in hand in a tightly contested top-four race. Just two points separate Atalanta in second and Milan in fifth.

It is perfectly feasible that Juve and Milan could miss out on the top four — Lazio have won six of their last seven league games — meaning there is no room for any further slip-ups.

Milan host third-bottom Benevento on Saturday and Juve have a trip to mid-table Udinese on Sunday. They look comfortable games on paper but both teams have dropped points to teams below them of late so fans will be uneasy going into the weekend.

There are no such concerns for Inter, who are heading for their first Serie A title in 11 years at a canter. They could clinch the Scudetto this weekend if Antonio Conte’s side beat lowly Crotone away on Saturday and Atalanta fail to win at Sassuolo on Sunday.

The team is on top of the log with two games in hand, but could be entering a slump
Sport
6 days ago