The winger has been sidelined by injury for almost a year 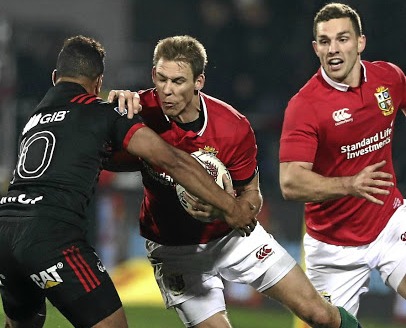 Winger George North has returned to the Wales squad for the first time since a serious knee injury in April 2021 as coach Wayne Pivac named a 33-player selection on Wednesday for the three-match tour to SA in July.

North, who has also been used at outside centre, missed the British & Irish Lions series against the Springboks as he sat out almost a year.

Flanker Dan Lydiate also spent almost 12 months on the sidelines with a knee problem but is back in the squad.

“We’ve had some players come back from injury like George North so that’s exciting for the squad,” Pivac said in a media release from Welsh Rugby on Wednesday.

“Some players have been ruled out through injury, so there’s naturally going to be change there.

“Then we’ve looked at players’ form, who we are playing, where we’re playing — we have two games at altitude — and what our gameplan will be when considering selection.”

The squad will continue to be captained by flyhalf Dan Biggar, despite the presence of experienced lock Alun Wyn Jones.

“We’ve obviously got great leadership in the group with Alun Wyn and Dan. Dan did well in the Six Nations and Al has come back from a pretty big layoff,” Pivac said. “He’s had little rugby and we want him to hit his straps as a second row and be the best player he can be and focus on playing.”

Among those not considered due to injury were hooker Ken Owens, loose-forwards Justin Tipuric, Aaron Wainwright and Ross Moriarty, and fullback Leigh Halfpenny.

The Tests will be played on consecutive Saturdays from July 2 in Pretoria, Bloemfontein and Cape Town.