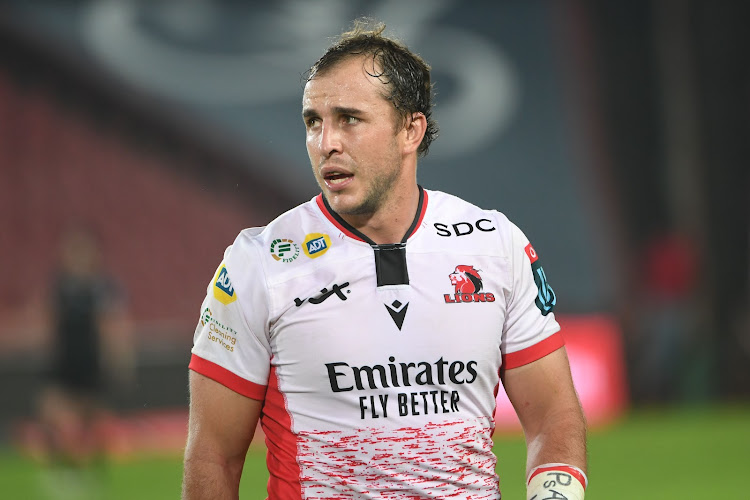 The Lions have looked to the future by omitting captain Burger Odendaal from their squad to play the Dragons in Newport on Saturday.

The match will be their last in this season’s United Rugby Championship (URC)‚ which would have been Odendaal’s swansong in the competition before leaving for Wasps.

Coach Ivan van Rooyen said leaving Odendaal behind would broaden the experience of players yet to play abroad.

“He’s been unbelievable for us but we are looking ahead a little in this fixture‚” said Van Rooyen of Odendaal. “It’s a perfect situation for our three young centres to experience an away game in Europe. It is not ideal for Burger, but it is important for the team. We want the young centres to express themselves away against an international team.”

Tighthead prop Carlu Sadie is recovering from Covid-19 and was also overlooked.

The team will be captained by lock Reinhard Nothnagel.

With the Lions out of the running for a place in the quarterfinals‚ Van Rooyen saw an opportunity to build for the future.

“It gives us an opportunity as a franchise to cast our eye towards the future‚ and we believe the bulk of this group will form part of that core. Once again‚ this approach is in line with our strategy of developing within our structures, and some of these names are proof of that.

“In saying that‚ the Dragons will be a tough outfit to play in their own backyard. However‚ it offers a few of our players an opportunity to impress‚” said the coach.

Though the Dragons are second-last on the points table with just two wins from 17 matches‚ Van Rooyen said they are not taking them lightly.

“We won’t get caught about where they are on the log. The past two weeks they’ve improved their work rate and physicality.

“It is important for us to grow our game management but also play an attacking brand where we play with tempo and physicality.

“The past two games we probably weren’t as consistent in our defence as the game before that. It is important we sort out our ruck defence.”