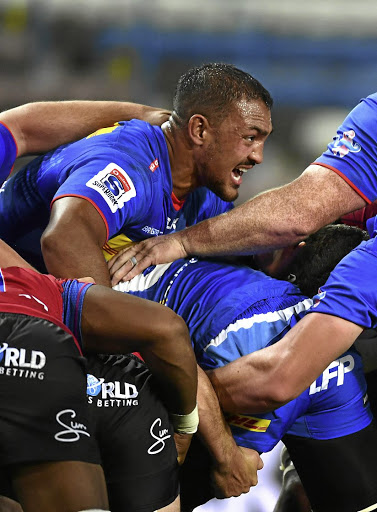 “There is not a door slammed in anyone’s face,” Springbok coach Jacques Nienaber said, providing some consolation for those contenders who failed to win selection to his 32-man squad for the November tour to the UK.

Nienaber announced a squad with just one new addition — Stormers lock Salmaan Moerat — while uncapped Sharks scrumhalf Grant Williamson will again tour with the side as he did during the Rugby Championship.

He conceded, however, that they have not developed a young flyhalf, adding that it is frustrating that so many pivots are injured.

“A guy like Handré [Pollard] is still relatively young,” Nienaber said. “He will be 30, 31 at the next Rugby World Cup. Elton [Jantjies] will be 32, 33. We wanted experience in the Lions series by going with Morné Steyn as backup. He has now retired from Test rugby.”

Nienaber pointed out that no World Cup has been won with a flyhalf younger than 24. “You want experience in your spine. Players who are able to deal with pressure situations,” he argued. The injured Bulls flyhalf Johan Goosen is also a player they are “looking at”.

While generally speaking it would have been an easy squad to select, Nienaber conceded there are a few players “who can feel disappointed. I would be. Their challenge will be to deliver consistent performances.”

Nienaber’s words will come as cold comfort to a player such as Stormers utility back Warrick Gelant, who was in the Rugby World Cup winning squad but has been injured for much of the season. Gelant has been on song in the past month or so and can consider himself unlucky not to make the trip to the UK.

We are fortunate they are quite young. The average age is 28.

Promising No 8s Evan Roos of the Stormers and the Bulls’ Elrigh Louw have enjoyed breakout seasons but not good enough to crack the nod. To be fair, they are competing for places in a heavily congested back row.

Moerat’s elevation to the Bok ranks was just a question of time and he would have been there sooner had untimely injury not intervened. He and Williamson are likely to join Janse van Rensburg, Jaden Hendrikse, Joseph Dweba, Jasper Wiese, Rosko Specman and Aphelele Fassi, who all became Boks this year.

Their selection was no fluke. Nienaber argued that his predecessor Rassie Erasmus (now national director of rugby) started building the group in 2018.

“When Rassie was appointed he was on a six-year contract. We have been constantly building the squad. We have introduced players at every tier. Among the props we have introduced Ox Nché, at hooker Joseph Dweba, at lock we now have Salmaan, in the back row Jasper Wiese, at the back Fassi.

“It was with an eye on consistency and building experience. That is something we will need in 2023. We are fortunate they are quite young. The average age is 28,” Nienaber said.

Erasmus used 60 players in 18 Tests before the last World Cup squad was announced with five players having amassed 50 caps or more.

The Boks have about 20 Tests remaining before the next World Cup and if they stick to their selection policy, they will arrive in France with a squad even more experienced than the one with which they won the trophy in 2007.

Lions brace for toughest challenge as they take on Ulster

Lions brace for toughest challenge as they take on Ulster