Fixtures for inaugural United Rugby Championship season are being finalised 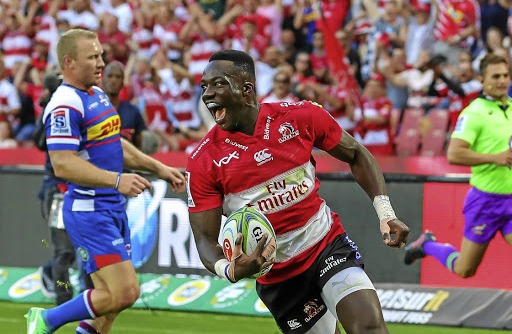 A clash between Irish giants Leinster and SA powerhouses the Bulls is one of the mouth-watering match-ups expected during the opening weekend of the new United Rugby Championship (URC) at the end of September.

The URC confirmed that fixtures for its inaugural season are being finalised, with an announcement to be made shortly. Early indications are that the Bulls will face Leinster, while Munster will host the Sharks on the weekend of September 24-26.

It is understood the latest fixture draft has been signed off by the respective unions, with the broadcast details still being ironed out.

Ulster are expected to be in action against Glasgow in Belfast, with Connacht on the road in Cardiff.

Tournament officials have been working to ensure Covid-19 disruptions are kept to a minimum and because of this it has taken some time to put the fixtures schedule together. However, with the IRFU (Ireland), WRU (Wales), SRU (Scotland), FIR (Italy) and SA Rugby now having signed off on the latest draft, an announcement is expected next week.

In a statement the URC said: “Fixtures for the 2021/2022 URC season are being finalised. The schedule has to comply with the latest travel conditions across our territories and has been shared with our clubs and broadcasters.

“Now work has begun to assign TV slots among our seven broadcast partners. We expect to confirm these publicly as soon as possible.”

The Bulls were given an early indication of the stern opposition they will face in Europe when they were trounced 35-8 by Benetton Treviso in the Rainbow Cup final in June. The Bulls were outscored by five tries to one with their only five-pointer coming from Madosh Tambwe.

Though they reached the Rainbow Cup final, Benetton are not regarded as one of the strongest teams SA sides will face in the URC.

Bulls coach Jake White said high scores in the Currie Cup this season are not an indication that his team and the Sharks, Lions and Stormers will struggle in the URC.

“I suppose one can say this type of attacking rugby isn’t going to be appropriate in the northern hemisphere, where a specific style is usually in place,” he said. “But one has to remember that those URC sides are also coming to Loftus or Ellis Park for the first time and, importantly, in the summer months as well.

“That changes the complexion of the competition completely. I can’t see 13-12 scorelines in contests where teams aren’t moving the ball around. Conditions differ here from there in the period of competition. To be fair, just look at the New Zealand style of rugby.

“They also have a lot of results where scores are high and that does wonders for the skill levels of the international players. I don’t want us to go into our shells now,” White said.

“Obviously, there’s work to be done on defence and tightening up. Context is also important, you don’t want to concede tries from lost scoring opportunities yourself. We need to find some structure without becoming unambitious because then we’re going to struggle with gaining an advantage over the European teams when they come here.

“But that doesn’t mean the Bulls will suddenly ignore the reality that winning on cold, rainy nights in Belfast or Cardiff requires a more pragmatic way of playing,” the Bulls coach said.