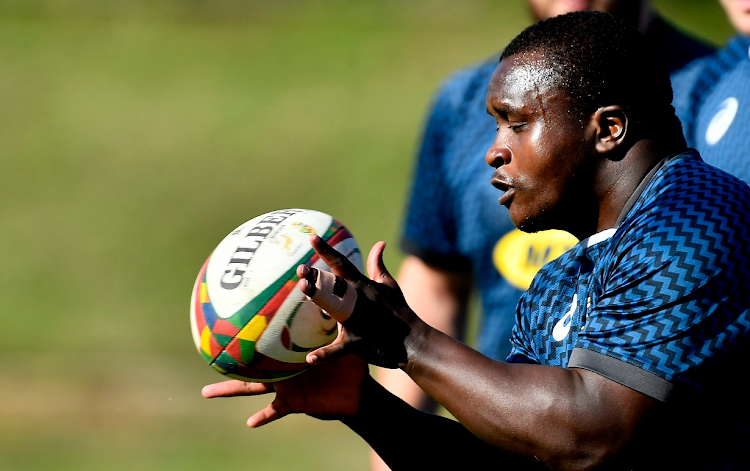 They both have Test experience but it perhaps says as much of their versatility as it does about SA rugby’s attitude to prop deployment that Trevor Nyakane and Thomas du Toit will on Saturday feature for a third and first time respectively in their chosen positions against Argentina.

Springbok coach Jacques Nienaber has made 11 changes to the team that beat Argentina last week for this week’s clash at Nelson Mandela Bay Stadium, but insists they are not taking Argentina lightly.

Such is the depth in the Bok team that he can perhaps afford to make wholesale changes without jeopardising performance, and that boldness in selection is clearly evident at prop.

Nyakane, who has 47 Test caps, has only donned the Bok No 1 jersey twice. He was moved to tighthead in 2016 but has recently come to grips so effectively with his old position that he now gets a start in that position.

Du Toit has also made the potentially treacherous migration from loosehead to tighthead but has a chance of advancing in the Bok pecking order if he stands firm on Saturday.

He is being unleashed after spending much time in Bok company without getting a game.

His most recent appearance in the Bok jersey came in 2019 when he started at loosehead against Canada at the Rugby World Cup (RWC), only the second occasion he got to wear that jersey with that number.

He has been unfortunate not to get game time earlier this season.

“Thomas got Covid-19 close contact and went into isolation. He has been positive and has been training hard but he’s also had to quarantine,” said Nienaber.

Nyakane, whose form before the international season had been lamented in some quarters, has stood up to the challenge, with loosehead, for the moment, his priority.

“We are happy with Trevor moving to loosehead,” Nienaber confirmed.

Saturday will also present lock Marvin Orie with a first start after coming off the bench in his first five Tests.

“Marvin has been part of us from the start,” Nienaber said, referring to the time when Rassie Erasmus took charge of the Springbok team in 2018.

“When I heard this will be his first start I was surprised. Even before RWC he was part of our squad but he missed out on selection then,” said the coach.

Though Orie did not see actual combat, he played a significant role in preparing the Bok pack for the series against the British & Irish Lions.

“He has been energetic in training. He was Maro Itoje for us. We asked him to play that role in training and mimic what Itoje would do. That helped prepare the team,” said Nienaber.

There is potentially a first cap for the taking for substitute lock Nicolaas Janse van Rensburg, who played for SA A against the Lions.

There could also be a second cap for scrumhalf Jaden Hendrikse, who was again named among the substitutes. Herschel Jantjies remains on the injured list.

“Herschel had a hip pointer injury in training last week. He trained a bit on Wednesday. We tried to give him time, but he came to me in Captain’s Run and said he couldn’t. Hats off to him. We then decided to give him another week, then he’ll get a few more weeks before [we play] Australia.”

State premier says it will be disappointing for fans if game is cancelled, ‘but that’s the nature of the world we’re in’
Sport
9 months ago