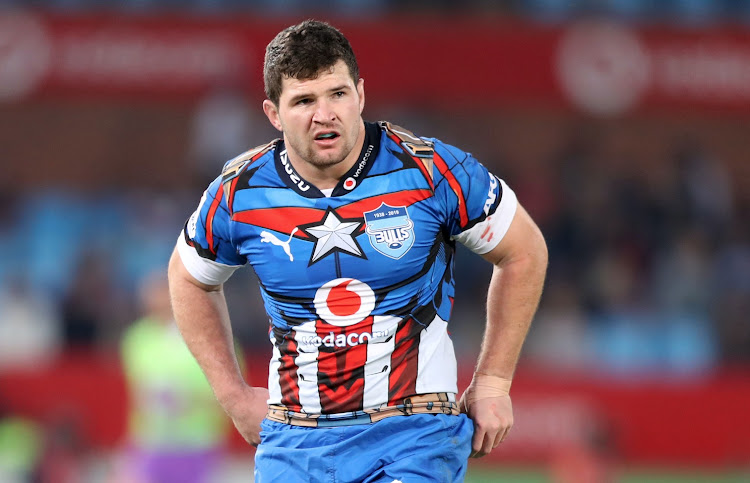 The Bulls‚ it is now generally accepted‚ have a hoof or two on the Super Rugby Unlocked trophy.

With a six-point lead over the second-placed Stormers‚ albeit having played one match more‚ the Bulls need to win their remaining clash against the Pumas to be crowned the inaugural champs.

The Stormers can catch up with their traditional rivals, but they will need a full house this weekend at home against the Cheetahs and another five-point tally away to the Sharks to stand a chance of drawing level on log points.

That is a tall order given the rugby the Cheetahs and Sharks have occasionally played this season. Even if they are able to secure 10 log points from their last two matches‚ a bonus point win for the Bulls next Friday at home will secure the Pretoria side the trophy.

It will be slightly anticlimactic as the tournament will have two remaining games involving the Cheetahs against Griquas and the Sharks and Stormers on the day after that.

Those matches won’t be dead rubbers as all points accumulated in Super Rugby Unlocked will be carried forward to the Currie Cup.

Even if the Bulls parade the trophy next Friday their nearest rivals will have a great incentive to narrow the gap next Saturday.

The Bulls though‚ who went on an enthusiastic recruitment drive recently‚ are starting to reap the rewards. Experience and size have served their squad well. If they don’t pummel opponents into submission initially‚ they have the experience and wherewithal to play the long game and wear them down.

Duane Vermeulen and Morné Steyn are the obvious experienced hands, but in Ivan van Zyl‚ Trevor Nyakane‚ Jason Jenkins and Marco van Staden they also have players who have been around the block. It has helped get them out of the odd tight spot.

“We have won every second half convincingly and that is quite nice for us as well. Conditioning-wise and as a staff there is an upward curve and that is great for us‚” said coach Jake White.

With players such as Travis Ismaiel‚ Cornal Hendricks and Stedman Gans, the Bulls were not going to be bullied at the back.

In openside flank Van Staden, the Bulls arguably had the player of the tournament.

“He has probably been the most consistent player for us this season‚” said White. “He carries well and his breakdown skills are phenomenal. He has had a lot of one on ones with the breakdown coach, Nollis Marais.

“He is making such great calls as a defensive jackal as well. It is not about going into every single breakdown. He understands his role and his timing of what he does. Whether he goes in or folds around and waits for the next one‚ he is getting better every time.”

It wasn’t intended like that but White’s medium- to long-term plan for the Bulls will leave their rivals cold. “We’ve got this group of players for the next three to four years and it is my job to grow and develop,” White said.

Mentor says despite the pain of losing, they are proud of the character shown by the players
Sport
10 months ago
Next Article