Rennie celebrates first victory in charge of the Wallabies 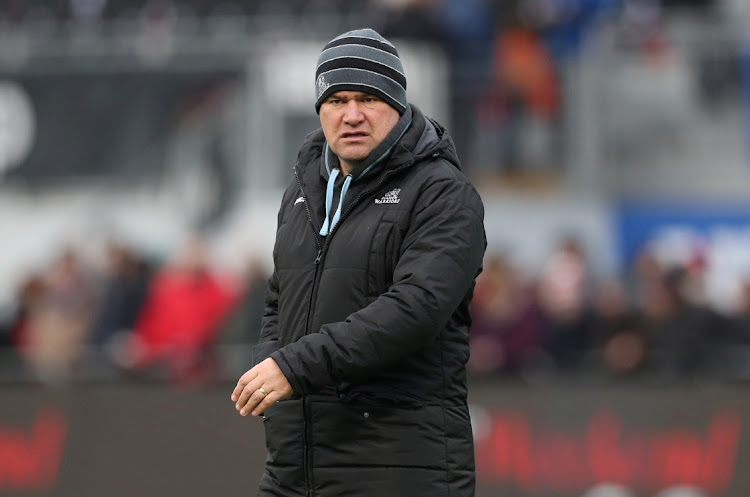 Melbourne — It took four Tests, some painful lessons and the loss of the Bledisloe Cup to New Zealand, but Dave Rennie finally toasted his first victory in charge of the Wallabies after a rollercoaster night in Brisbane.

The 24-22 win over the All Blacks at Lang Park was a late reward for the Wallabies faithful after the frustration of the 16-16 draw in Wellington and the humiliation of the record 43-5 defeat in Sydney.

With the heat gone from the Bledisloe series, the Wallabies only just edged an All Blacks team that struggled for cohesion after mass changes to their starting side. Yet Australia’s spirited rebound against their trans-Tasman foes will give weary fans hope the Wallabies have made a decisive break from their recent bleak history under former boss Michael Cheika.

Asked whether he would have taken a win and a draw from his first four Tests against the All Blacks, Rennie was unequivocal.

“You don’t win the Bledisloe Cup by winning one and drawing one,” Rennie told reporters in the post-match media conference. “What it tells us is that if we work hard enough for each other we can get results against anyone.

“But it doesn’t count for much tonight unless we back it up against Argentina in a couple of weeks.”

The Wallabies’ win breathed life into the Tri-Nations, with Argentina to join the fray in a week against the All Blacks in Sydney. The result was also an exoneration of Rennie’s selections after a gamble with youth backfired badly at Olympic Stadium.

Rennie’s faith in Reece Hodge as a nonspecialist flyhalf at Lang Park also raised queries but it proved well placed as the utility back booted 14 points and set up the first try to Tom Wright with a deft chip kick.

Prop James Slipper is set for a long spell on the sidelines after dislocating a shoulder, but regular flyhalf James O’Connor is expected to be available for the Wallabies’ next Test against the Pumas in Newcastle on November 21, giving Rennie a “nice” selection headache.

“I thought [Hodge] was really good ... We’ll expect Joc [O’Connor] to be back and available for the next game and he’s been excellent in the first two Tests, so it’s good to have choices,” he said.

Meanwhile, All Blacks coach Ian Foster has urged his team to play “smarter”, claiming they were “provoked” into losing their discipline by a niggly Wallabies side during the tight loss in Brisbane.

Foster tasted a bitter first defeat as head coach of the All Blacks after his reshuffled side fell in Saturday’s fiery cliffhanger, which featured two red cards and two yellow.

“In the second half we weren’t as disciplined as we needed to be,” Foster told reporters on Sunday.

The red cards that hit both teams for head-high tackles drew heated debate, with former All Blacks great John Kirwan saying the whole red card system should be scrapped because it punishes teams too severely and can end up killing off a contest.

“I get that argument to one extent,” said Foster. “But the flipside of it is it’s a very physical game, and if we don’t have clear boundaries, it becomes really hard for everyone to play the skilful game they need to.”