Hectic season, arrival of a new baby... Jantjies takes it all in his stride 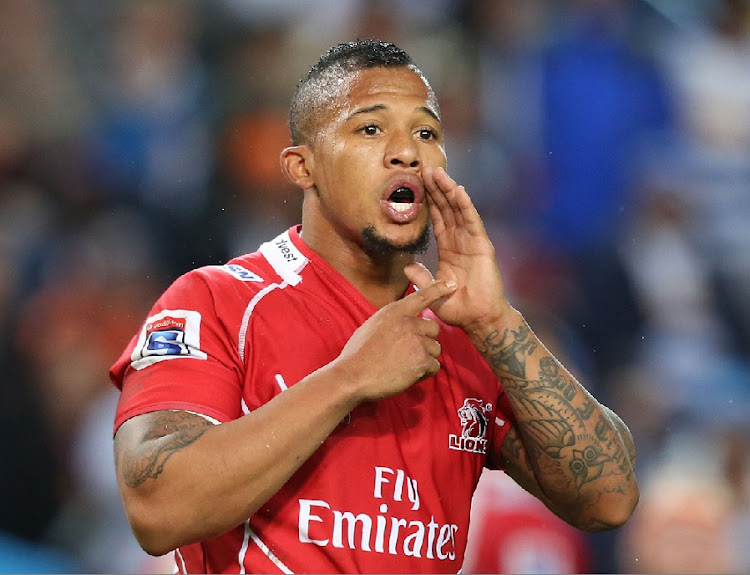 Elton Jantjies is not losing any sleep.

His too-cool-for-school swagger does not allow for insomnia over the Lions’ up-and-down Super Rugby season‚ or indeed the sleep deprivation that comes with the arrival of a new baby. Jantjies’ third son was born less than two weeks ago but this season’s Super Rugby competition has been all consuming for the flyhalf.

He is yet to get an enforced week off as part of the national player management plan but this week he did not look like someone who is about to take his foot off the pedal. The Lions are playing the Sharks in a crunch match and it will be all hands on deck in Durban on Saturday.

“I still feel good‚” nodded Jantjies. “I’ve been working with one of the best conditioning coaches in rugby‚ Cash [Ivan van Rooyen]. He manages our workloads. I’m also looking after my own body.”

Although the Lions are 12 rounds deep into this season’s competition. Jantjies was not sure when he would get a breather. “It is not in my control. That’s for coach Swys [de Bruin] and coach Rassie [Erasmus‚ the Springbok coach] to decide.”

In the meantime he is coping with what is on his plate. His flawless display off the kicking tee helped the Lions edge the Highlanders last weekend‚ and he has the added responsibility of calling the shots in the backline.

“I love responsibility. With that comes bigger responsibility. I love freedom. When I get on to the field that is when I am at my most free. I like leadership and grooming young players‚” said the flyhalf.

There have been games this season when the Lions were on the back foot and Jantjies too got swept along in the prevailing tide. He is looking to seize more control.

“My form is not something I look at‚ as long as the team wins. I’ve got a lot of work-ons. How can I apply myself more in the game? What influence can I have on the game? How consistent can I be?” he said.

There have been times when he has shifted to inside centre to accommodate Gianni Lombard and Shaun Reynolds this season. He does not mind the flirtation with that position.

“It is something that excites me‚” he said. “I saw the game in a different manner. It was challenging for me. I like to be out of my comfort zone and getting new challenges.”

The Lions‚ like all the other South African franchises have had an inconsistent season. It seems the influx of younger players and the lack of continuity in selection have hamstrung the team.

“We have a lot of younger players and some are having their first season in Super Rugby‚” Jantjies said. “We also had experienced players coming from other unions and they had to get used to our structures. We’ve learnt as a team. Our results may be inconsistent, but I see what we went through as growth.”

Despite winning just one match on tour‚ he said the team learnt valuable lessons which were visible in the performance of the younger players in the wins over the Waratahs and Highlanders.

We have had a good look at ourselves and plan to rectify things, says prop
Sport
3 years ago