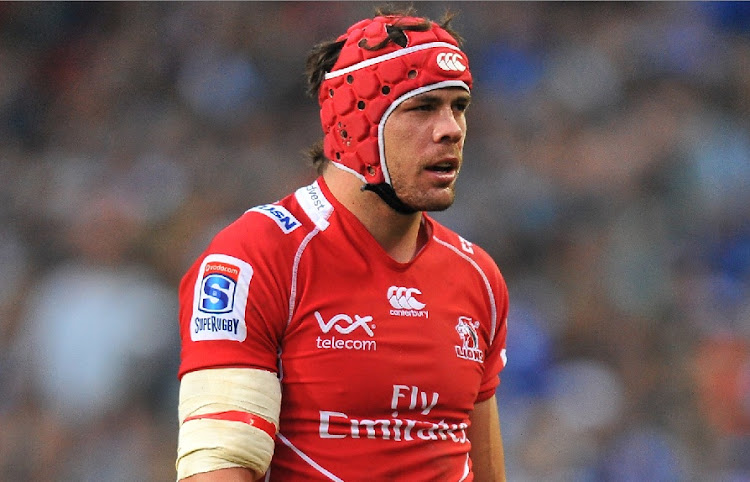 Lions captain Warren Whiteley will remain sidelined for this weekend’s crunch Super Rugby clash against the Sharks in Durban.

Whiteley‚ who has missed the bulk of the season due to a pectoral muscle injury‚ suffered a bone bruise in the Lions’ win over the Waratahs‚ which precluded his participation in last weekend’s match against the Highlanders.

A team spokesperson said Whiteley’s injury is only a bone bruise but that it was as painful as a break.

With Whiteley sidelined, the captaincy is likely to be retained by hooker Malcolm Marx for the first of two crucial derbies for the Lions.

They are yet to win a derby this season and need to triumph against the Sharks and then the Stormers to stay in the hunt for conference honours.

Going into the crucial clash against the Sharks without Whiteley is a big blow for the Lions.

Their regular captain also missed the heavy 42-5 defeat they suffered at the hands of the Sharks at Ellis Park earlier this season.

Back-in-favour inside centre Harold Vorster says that match is long forgotten and there is no talk of payback.

“The previous game is behind us‚” said Vorster. “We just focus on the next game. Just try and get the momentum going.

“I think in Super Rugby every game is tough. We just focus on ourselves and what we do as a team.

“The Sharks are a really good team. They are well trained‚ and they are good on attack. On defence they are quite physical.”

Since returning from tour, the Lions have chalked up wins against the Waratahs and Highlanders. In both games they had to dig deep, which must have emboldened them for their next match.

“It is definitely a confidence builder and it is good to get the momentum going and build on that in every game‚” said Vorster.

Vorster, who lost form and was dropped earlier this season, has brought verve and vigour to the midfield since his return.

“I think it was mostly a head thing. Mental toughness‚” he said about why he has lost form.

“Just getting back into the best shape I can be. Expressing myself and not putting extra pressure on myself.

“I told coach Swys [de Bruin] that I am very thankful for what he did. It was a wake-up call. Now I’m hungry to play.”

Stormers have crossed the Rubicon but can they press on?

No Warren Whiteley again for the Lions

No Warren Whiteley again for the Lions