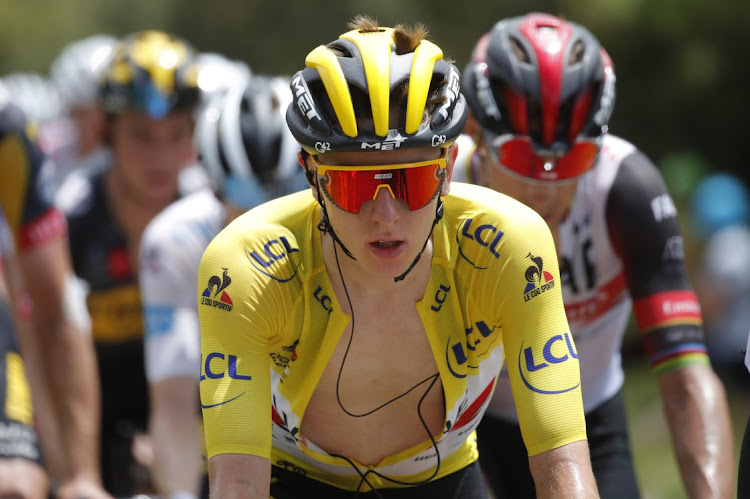 Jonas Vingegaard threw everything and the kitchen sink at Tadej Pogacar to win an epic Tour de France 11th stage and topple the defending champion after a gruelling Alpine trek on Wednesday.

Last year’s runner-up Vingegaard attacked 4.9km from the finish to drop Pogacar, who had been attacked relentlessly by the Dane’s Jumbo-Visma team all day long.

Pogacar held in the Col du Telegraphe and the lung-busting Col du Galibier, even winking at the cameras before the final ascent, a much-dreaded 11.3km climb at 9.2% to the Col du Granon.

But Vingegaard’s brutal acceleration wiped the smile off the Slovenian’s face and Pogacar suddenly opened his jersey to get some air before seeing Geraint Thomas, David Gaudu and Adam Yates ride past him in the finale.

Vingegaard reaped the rewards of his earlier attacks and the moves of Primoz Roglic, who sacrificed his own chances in a risk-it-all strategy by the Jumbo Visma team in the best Tour stage this century.

“The team were fantastic, especially Primoz. He’s one of the leaders and he did everything. He showed how generous he is. He’s such a great rider. Winning a Tour stage and wear the yellow jersey is what I’ve always dreamed off,” said Vingegaard.

“Tadej is probably the best rider in the world. Taking the yellow jersey from him is incredible. He will do everything he can to reclaim it and I’ll do everything to keep it.”

Pogacar conceded his defeat but vowed to fight on.

“I first felt good in the Galibier. I came under attack and they harassed me,” the 23-year-old said.

“The whole Jumbo team were super strong and they were just stronger. Suddenly in the Granon I didn’t feel good. It was not my day but I’ll continue to fight,” said Pogacar.

“Now I’ll be the one attacking.”

After his attack, Vingegaard never looked back, overtaking Frenchman Warren Barguil, the last survivor of the day’s breakaway, and Colombian Nairo Quintana, who had gone solo earlier from the group of favourites.

Pogacar, who started the day 39sec ahead of Vingegaard in the overall rankings, crossed the line in seventh place, 2:51 behind the winner, his face a mask of exhaustion.

Overall, Vingegaard leads Bardet by 2:16 and third-placed Pogacar by 2:22.