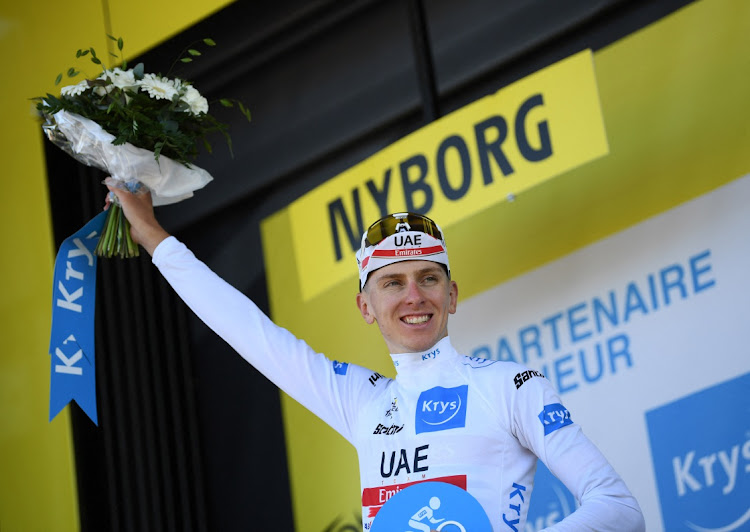 Wallers — Tadej Pogacar passed his first Tour de France test with flying colours when he gained time over all his rivals on the cobbled roads in a vintage fifth stage on Wednesday.

The two-time defending champion, who was expected to suffer on the 19km of cobbles peppering the 157km ride from Lille, finished 51sec behind stage winner Simon Clarke of Australia, but left the overall contenders behind.

Wout van Aert retained the overall lead at the end of a rough day for his Jumbo Visma team, with Primoz Roglic, runner-up in 2020 and one of the pre-race favourites, losing more than 2min to fellow Slovenian Pogacar after a crash.

Van Aert also hit the deck but ground through the whole stage and helped his teammates to chase down all day long.

Among the other favourites, last year’s runner-up Jonas Vingegaard, also from Jumbo Visma, finished 13sec behind Pogacar after a long chase following a mechanical.

Geraint Thomas, the 2018 champion, also limited the damage when he finished in Vingegaard’s group.

Australian Ben O’Connor, a surprising fourth overall last year, failed to make his way back into the bunch and lost more than 3min to Pogacar.

There was more heartbreak for the Bahrain Victorious team as their leader, Jack Haig, abandoned the race after a crash.

Pogacar sits in fourth position, 19sec off the pace.

Before the race even hits the mountains, he leads Vingegaard by 21sec.