The first player to successfully defend his title 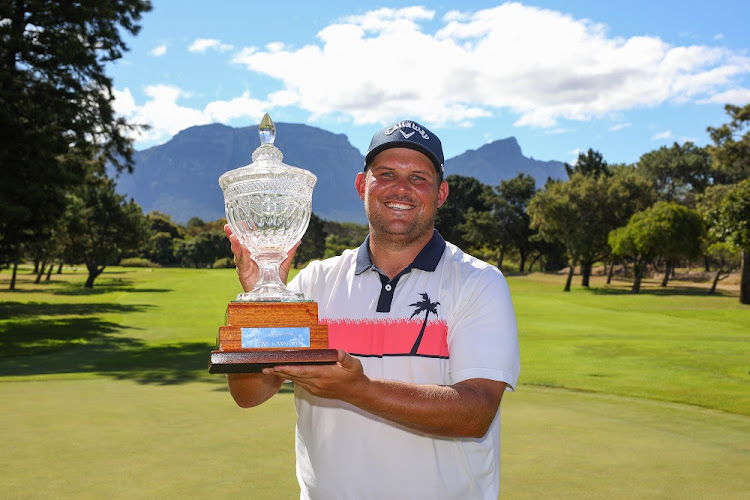 JC Ritchie became the first player in the history of the Bain’s Whisky Cape Town Open to successfully defend his title and also the first multiple winner of this Sunshine Tour and Challenge Tour event at the Royal Cape Golf Club on Sunday.

Ritchie holed a magnificent 30-foot birdie putt on the 18th to win by a stroke on 18 under par with a final round of 68.

Belgium’s Christopher Mivis took second place on 17 under with a closing 66, while South Africans Zander Lombard and Bryce Easton — both with rounds of 70 — as well as Northern Ireland’s Tom McKibbin (73) shared third on 15 under par.

On another perfect day in the  Mother City, Ritchie birdied two of his final three holes to take the title. But it was his putt on 18 that proved the most crucial, which Mivis watched from the clubhouse as he had already set the target at 17 under for a possible playoff.

“I didn’t have the energy for a playoff. I haven’t made a long putt all week so I said to myself on the 18th ‘it’s time to make a long one now’. I’ve hit that same putt on 18 a couple of times in the past. When I walked onto the green I knew the line already and felt like I had a good chance of making it. Luckily it went in. It feels amazing. Words can’t describe what I’m feeling. It means everything to me,” said Ritchie.

This is Ritchie’s ninth Sunshine Tour victory in a career that is becoming impressive, and which includes a Sunshine Tour Order of Merit title in the 2019-20 season. This is also the third time he’s defended a title.

“It’s special to have that under your belt — to say you’ve been able to defend titles. Especially multiple times. And to start the season off well like this could mean good things for the rest of the year.”

Ritchie will hope to continue with this form as he heads to Durban this week for the Jonsson Workwear Open at both Durban Country Club and Mount Edgecombe Golf Estate, and with his focus now on working his way onto the DP World Tour this year.

“I feel like my game is solid and that I’m scoring really well. The plan is to start playing on the DP World Tour. But I’m trying to keep all those milestones quiet in my head and not let them blow up what I’m currently working on.

“Right now it’s taking everything one shot at a time, and as long as I keep doing what I’m doing really well, all those milestones will happen as they need to.”

Golfing legend wants to know himself when he can play again, but doesn’t
Sport
5 months ago