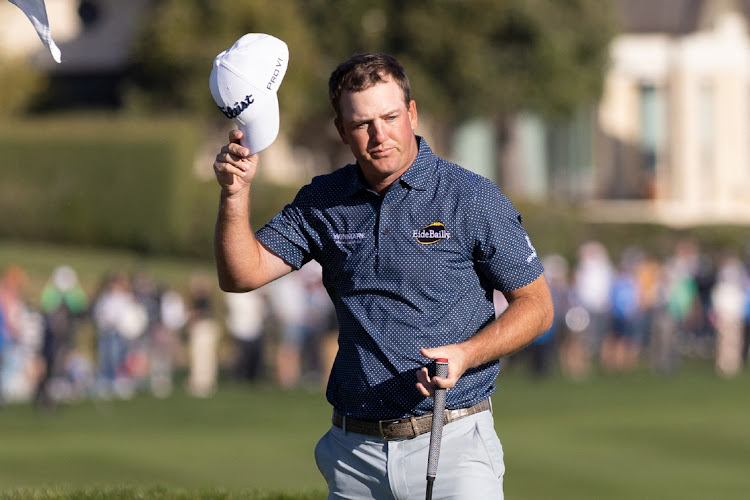 Tom Hoge made four birdies on the back nine to pass Jordan Spieth and claim his first PGA Tour victory at the AT&T Pebble Beach Pro-Am on Sunday in Pebble Beach, California.

One of three co-leaders after 54 holes, Hoge rebounded from a double bogey at the par-3 fifth hole to card a 4-under-par 68, landing him at 19-under 268 for the tournament.

That proved two shots better than Spieth, the three-time major winner who spent time alone in front on the back nine on Sunday.

A tee shot into the sand led to a costly bogey for Spieth at the par-3 17th as Hoge surged past him. Spieth carded a final-round 69 at Pebble Beach Golf Links.

Hoge, 32, finally broke through after playing on tour since 2015.

“I've always kind of got myself into position and then just felt a little  uncomfortable on Sundays out there,” Hoge said.

“So finally today I felt great the whole day and felt real calm, kind of standing over those putts you need to make down the stretch. It's awesome. You work through so many hard times to be here and to finally pull one off feels incredible.”

He rolled his approach at No 1 nine inches from the pin for a tap-in birdie. That moved him to 18 under to tie Spieth, who was dealing with a sand shot one hole ahead of him.

Spieth’s second shot at No 17 bounced by the cup and stopped five feet away, but he blew his par save past the hole and dropped out of the tie with Hoge.

Hoge capitalised at No 17 by converting a 22-foot, left-to-right putt for birdie to give himself the two-stroke cushion.

“Really I was just trying to get two good looks for birdie on 17 and 18 and still expected Jordan to make a birdie or eagle on 18 coming up the stretch,” Hoge said.

“Putt was kind of a bonus. You never expect to make that putt, a big swinging downhill putt like that. When I hit it, I initially thought it was short, but went right in the middle, it was pretty nice.”

Despite the outcome, Spieth felt his tee shot at No 17 was “my best swing of the week.

“I hit the dead centre of the face, high, kind of hold-straight ball — the wind just took it a little,” Spieth said.

“It was on the line where it would have actually not only bounced towards the hole, it would have then fed left ... in the air, I was saying this might lip out. And it hits the lip and goes in the bunker.”

Spieth's runner-up finish came less than two weeks after a hospital stay for an intestinal infection.

“I'll look back and kick myself for not winning this tournament,” Spieth said, “just having the lead and looking back at where the pins were on the last four holes ... but certainly if you told me I would have the lead on Sunday last Thursday, I would have said I'll take that.”

Beau Hossler posted a 71 to finish alone in third at 16 under.

Cantlay birdied three of his first six holes on Sunday to tie for the lead, but he faded down the stretch and consecutive bogeys at the 15th and 16th took him out of the running.

Andrew Putnam, who entered Sunday tied atop the leader board with Hoge and Hossler, only managed a 1-over 73 to tie for sixth at 14 under with Joel Dahmen (72) and England's Matt Fitzpatrick (68).