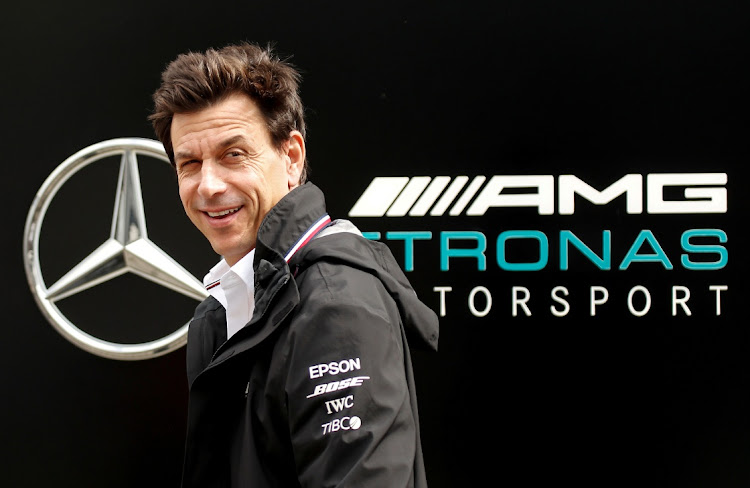 The pair engaged in an escalating battle of words off track last season even as the duel between their drivers Lewis Hamilton and Max Verstappen raged on it.

The battle-of-the-generations between the two culminated in a controversial season-finale in Abu Dhabi where a questionable late-race safety car call decided the title in favour of the Dutchman, with Mercedes unsuccessfully protesting against the results before deciding not to go ahead with an appeal.

But, despite last year’s acrimony, peace reigned between Wolff and Horner at the meeting, according to Ben Sulayem.

“They were in line,” the former Emirati rally driver, who in December was elected the FIA’s first non-European president, told Sky Sports F1. “I think it’s because of Valentine’s Day,” he joked. “They were close to each other and they were in a good mood, so that was good.“I expected more entertainment but it was good to see the harmony between them.”

The meeting of the F1 Commission, which comprises all 10 teams, the FIA and commercial rights holder FOM, approved several changes for the 2022 season, including a plan to scale the number of sprint race weekends to three from the originally planned six.

The FIA was also due to present the outcome of their investigation into the Abu Dhabi finale, in which race director Michael Masi altered the safety car procedure that moved only the lapped cars between Hamilton and Verstappen out of the way. This allowed the Dutchman, on fresher tyres, to pass the Briton for the title on the last lap.

Masi’s future has been the subject of speculation since the December finale with talk that his responsibilities could be divided to lessen his workload.

But a statement from the governing body said Ben Sulayem had sought further feedback from the commission and would unveil an action plan in response to the controversy in the “coming days”.

“We agreed on certain things and the analysis is still going on,” said Ben Sulayem. “Information will be announced, but definitely as I said, the integrity of the FIA will always be intact.”