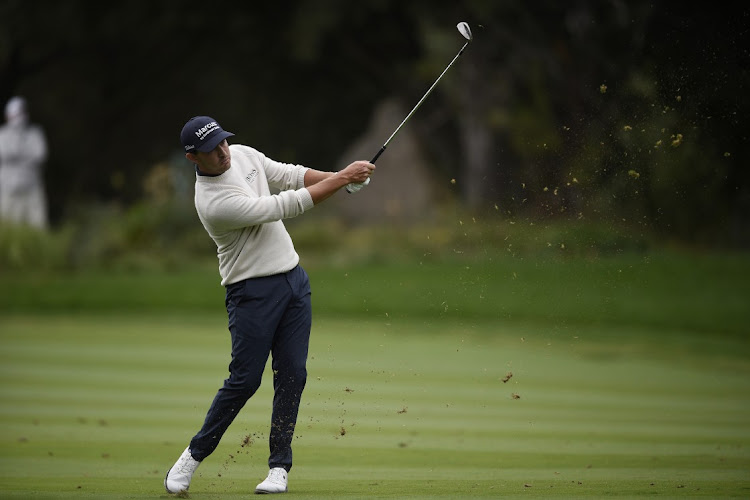 Baltimore — Patrick Cantlay made a litany of must-have putts, culminating in a 17½-foot birdie on the sixth playoff hole that carried him to a victory over Bryson DeChambeau at the BMW Championship outside Baltimore.

DeChambeau, who came up just shy of a round of 59 two days earlier, missed four putts to win the tournament, the 72nd hole and each of the first three playoff holes.

Cantlay drained his slightly left-to-right, mid-range putt at the par 4 18th hole, and DeChambeau missed a 9-footer that would have extended the playoff.

Trailing by a stroke late in his round, Cantlay’s hopes looked all but dashed when his tee shot at No 17 landed short and dribbled into the water. But DeChambeau flubbed his second shot, a chip out of the rough. Cantlay saved bogey from 8 feet and DeChambeau missed his par putt.

It set Cantlay up to drill a nearly 22-foot birdie putt at his 72nd hole to get to 27-under 261. DeChambeau’s first would-be winning putt of the afternoon, a 15-footer for birdie, missed left, leading to the playoff. Both players carded rounds of 6-under 66.

Among Cantlay’s other highlights were a 21½-foot birdie at No 14 and an important 9-foot par saved at No 16.

The duo opened the playoff by playing No 18 twice. On the first play-through, Cantlay’s approach sailed over the green, but his chip out of the rough hit the hole, which slowed the ball to about 5½ feet. DeChambeau barely missed his birdie putt, and Cantlay saved his par.

On their second go-around, DeChambeau dialled in a laser of an approach shot that landed right next to the cup and spun back to 6 feet. After Cantlay two-putted for par, DeChambeau’s would-be winner lipped out. It was almost identical to the distance that he had at No 18 on Friday to make birdie for a 59, a putt he also missed.

The golfers played the par 3 17th for their third playoff hole, and after Cantlay missed a birdie, DeChambeau again hit the cup to blow another chance to win.

Back at the par 4 18th, DeChambeau’s tee shot sailed into a creek. He took a penalty stroke and recovered by hitting a wedge into the green, leaving himself a 4-foot par putt that he would go on to make. This time, it was Cantlay who could not convert a birdie putt to win.

They played No 17 one more time and dropped their tee shots inside 5 feet of the cup to lead to matching birdies.

Sungjae Im of South Korea shot 67 and finished third at 23 under. Northern Ireland’s Rory McIlroy also turned in a 67, taking fourth place at 22 under.

SA tour rookie Erik van Rooyen had a bogey-free 65 to get to 21 under, good for fifth place and a berth in next week’s Tour Championship. The top 30 in FedExCup points qualified for the championship at East Lake Golf Club in Atlanta. Van Rooyen started the week 45th in points and moved up to 27th.

Another golfer who played his way into the Tour Championship field was Spanish star Sergio Garcia. Entering the week 44th in FedExCup points, Garcia shot his fourth straight round in the 60s on Sunday, a 69 that got him into a tie for sixth with Dustin Johnson (66) at 20 under. That finish was enough to move him to 28th in the cup standings and secure his trip to Atlanta.