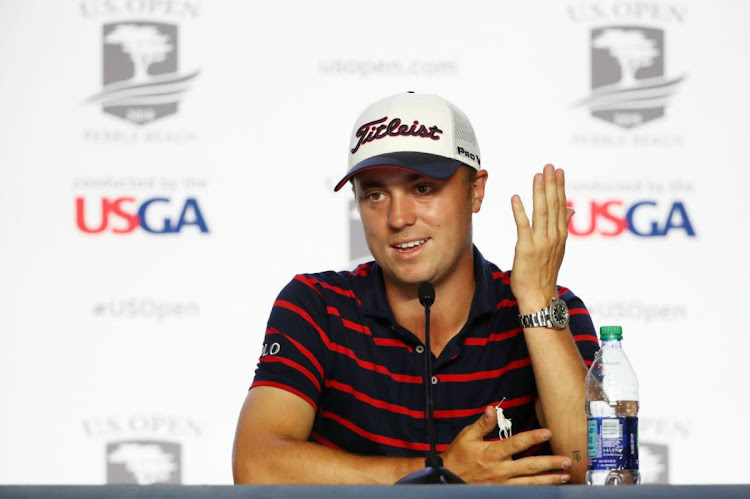 Justin Thomas of the United States speaks to the media during a press conference. Picture: GETTY IMAGES/EZRTA SHAW

PGA Tour pros Justin Thomas, Collin Morikawa, Xander Schauffele and Bryson DeChambeau have been chosen to represent the US in the golf competition at the Tokyo Olympics in July.

The players were selected on points accumulated at tournaments from July 2018 to June 20,  when the final round of the US Open was played.

World No 2 Dustin Johnson would have been in the top four, but he has already said he did not plan to take part in the Olympics. Each of the Americans must accept the invitation to Tokyo to become an official member of the team. Should any of them pull out, Patrick Cantlay is next in line for Team USA.

Don’t expect Morikawa to reject the invite. “I’m going. I’m so excited,” Morikawa, 24, said. “It’s going to be one of the best things of my life. To think back that I was an amateur two years ago, literally two years ago, and to be on this team and to be heading to Tokyo puts a smile on my face.”

He is now ranked No 4 in the world, trailing Thomas and ahead of Schauffele and DeChambeau. Cantlay is No 7.

Also qualifying for the Olympics were newly minted US Open champion and World No 1 Jon Rahm of Spain, Rory McIlroy of Ireland, Tyrrell Hatton and Paul Casey of Great Britain, Viktor Hovland of Norway and Hideki Matsuyama of Japan.

None of the three medallists from the 2016 Rio Games qualified for Toyko — gold medallist Justin Rose of Great Britain, silver medallist Henrik Stenson of Sweden or bronze medallist Matt Kuchar.

In addition to Kuchar, the Americans who participated in Rio de Janeiro were Bubba Watson, Patrick Reed and Rickie Fowler.

In all, 60 golfers will play in the men’s competition from July 29 to August 1 at the East Course of the Kasumigaseki Country Club, a private club in Saitama about 64km northwest of Tokyo.

The SA golfer, who was runner-up at the US Open, said he would not have played any differently
Sport
1 month ago

If critical race theory theorists are to be taken at face value, every liberal democracy is pitted in a fight to the death between white racists and ...
Opinion
1 month ago
Next Article