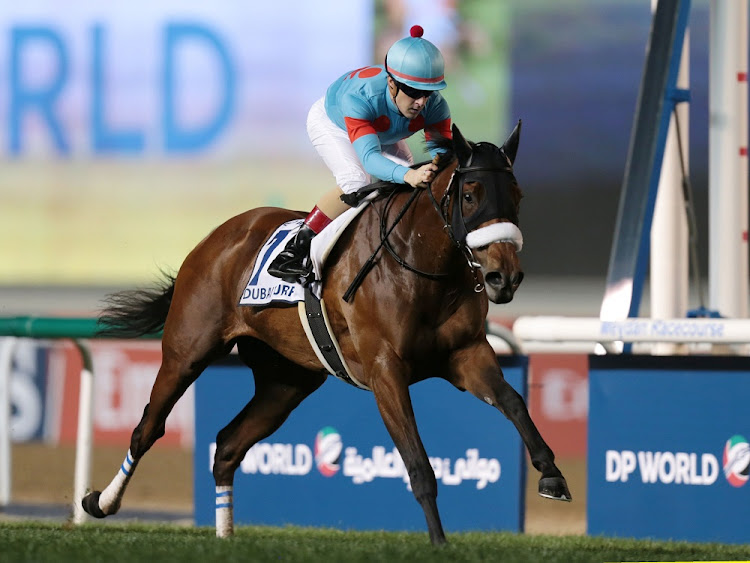 Despite concern about the Vaal track, racing is still scheduled for the Free State course on Thursday and features an intriguing clash between a talented three-year-old filly and a four-year-old seeking a hat-trick.

The start of racing was delayed on Tuesday as trainers and jockeys expressed their concern regarding the state of the track and whether it was safe for riders and horses. A decision was made to proceed, though trainers were allowed to withdraw their horses if they wished.

However, it is no easy task for a three-year-old filly to beat a four-year-old at this early stage of the season and even harder to concede that rival weight.

Spanish Boy, trained by Lucky Houdalakis, is that four-year-old, and the son of Silvano may well be up to the task of completing a hat-trick for owner David Shawe.

Houdalakis also saddles recent winner Galactic Warrior, but even with Philasande Mxoli’s 4kg claim it is difficult to see him beating his stable companion.

Winter Smoke’s stablemate Captain Hindsight also has an apprentice claiming 2.5kg, but a place cheque is the best the four-year-old can expect in this line-up.

Apprentice Nathan Klink will be happy with his tally of 33 winners from 375 rides last season, but the 22-year-old has found it tougher to get winning chances this term.

Nevertheless, he has a bright chance of taking top honours in Thursday’s fourth race in which he rides Mr Hugo for former Zimbabwe champion trainer Gokhan Terzi.

Mr Hugo was only given a three-point penalty for his recent win when he did this column a favour by winning at odds of 5-1.

The son of Var should be around the same price on Thursday as his rivals include Bridge Of Spies, Marengo and On A High Note.

On A High Note looks a promising sort as he won gamely on debut in the hands of Anton Marcus. The son of Oratorio will be ridden by champion apprentice Luke Ferraris for his second start.

Ferraris also has a good chance of capturing the seventh race on Sean Tarry’s five-year-old Ice Lord. The son of Skitt Skizzle has only contested five races but they have yielded two wins and two placings.

The Azzie stable slap the blinkers on Major Return, the son of Bold Silvano who rates as the main threat to Ice Lord. The gelding will be ridden for the first time by Jason Gates.

There are a few newcomers in the first race including fillies from the stable of Tarry, Corné Spies, Joe Soma and Coenie de Beer. Of this quartet, it will be interesting to see if there is market support for Spies’s Soft Falling Rain filly or for  Clouds Unleashed, with Muzi Yeni booked for the ride.

The Randjesfontein trainer has assembled an army for an assault on the R425,000 prize
Sport
11 months ago

Consolation for fans of Belgarion with KwaZulu-Natal award

Hollywoodbets spread its wings with sponsorship in Ireland

As many firms pull out of backing sport, Durban betting company bucks the trend by sponsoring Ireland's Dundalk racecourse
Sport
11 months ago
Next Article