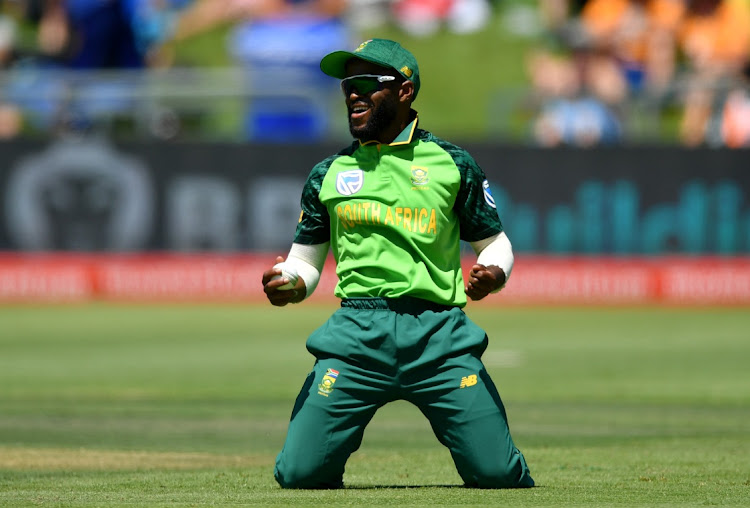 SA captain Temba Bavuma expects to be fit to lead the side at the Twenty20 World Cup in the United Arab Emirates as he continues to recover from a thumb injury.

The top-order batsman admits he is not 100% fit, but believes he will be ready for SA’s opening game against Australia on October 23.

“I started batting a bit yesterday, just to feel it out,” Bavuma said on Sunday. “According to the medical team, everything is still on schedule. I am quite happy with where it’s at. Everyone is happy with the progress thus far.”

Bavuma will be the first black African captain for SA at a World Cup.

He admits there is a mix of anxiety and excitement among the players, especially given the team’s past failings at big tournaments, which have earned them a “chokers” tag and a reputation for not being able to pull through in big moments.

“From a team point of view, it’s excitement and the anxiety of experiencing something you haven’t come across. But I think it’s more excitement at the moment.

“I don’t harp on a lot about being a black African but it is quite significant, from all angles. Thinking about it now, it adds to the pressure that is already there.

“But it’s also a privilege that I believe I’ve been blessed to have. If the opportunity is there, and the team plays accordingly, we’d like to do something special for the country.”