SA languish in ninth place on the Super League table, outside the automatic qualifying spots 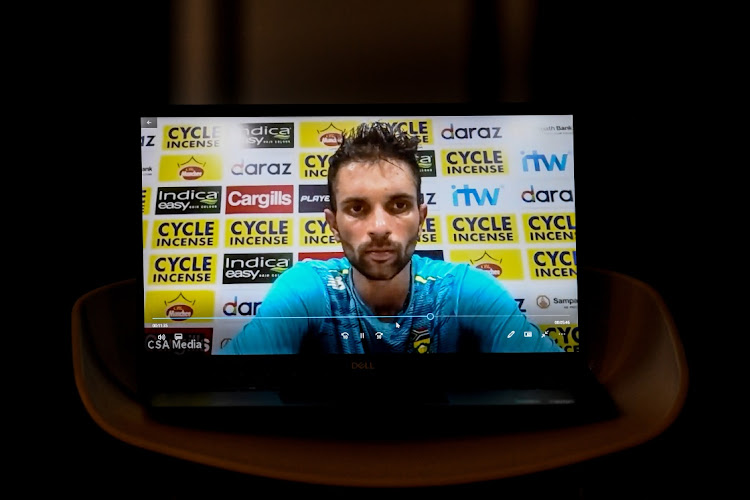 SA stand-in one-day international (ODI) captain Keshav Maharaj has admitted that the Proteas are in an uncomfortable position on the ICC World Cup Super League table.

The Super League is used as a criterion for qualification for the 2023 ODI Cricket World Cup to be held in India and the Proteas are languishing in ninth place, outside the automatic qualifying spots after the 2-1 series loss to Sri Lanka.

“It is a bit concerning,” he said when asked to reflect on the team’s position in the qualifying programme.

“We can’t keep on saying we will focus on the next series, we need to take care of the points and start winning series. Obviously it is not ideal, but as much as we have lost the series we can take away a lot of positives, especially from the last two games and how the batters approached spin bowling.”

In the coming months, the Proteas will have a theoretically easy series against the Netherlands and against Bangladesh, but it gets tougher against India, Australia and England when the qualification programme intensifies.

“It was disappointing in the last match against Sri Lanka but we need to go back, reassess and come up with new plans,” Maharaj said. “It can be concerning but we can’t focus on that too much. Our first main purpose is to win ODI games and the rest will take care of itself.”

Maharaj, who was given the responsibility of captaining the side after an injury to Temba Bavuma, said he enjoyed the experience.

“It was overwhelming at the start. I was actually nervous before I got to the field in my first game but I really enjoyed being the captain of the national team. Unfortunately I could not help the team cross the line in the third and final match.

“I feel captaincy gives me a bit of responsibility, it keeps me calmer and it gives me a different outlook of the game,” said Maharaj, who has captained the Dolphins in different formats over the years.

With the ODI series against the Sri Lankans lost, attention turns to the three-match T20I series that starts on Friday. SA will be looking to start their last outing before the T20 World Cup in October and November on a positive note.

“We must focus on changing quickly to the T20s and obviously looking forward to the T20 World Cup as well. It is not nice to lose the ODI series but there are a lot of good things that we can take out of this,” Proteas coach Mark Boucher said.

The good news for Maharaj, who will continue to lead the side, is that he will have Lungi Ngidi, Quinton de Kock and David Miller available for selection after they missed the ODI series for a variety of reasons.

The first T20 match is on Friday at R Premadasa Stadium in Colombo.