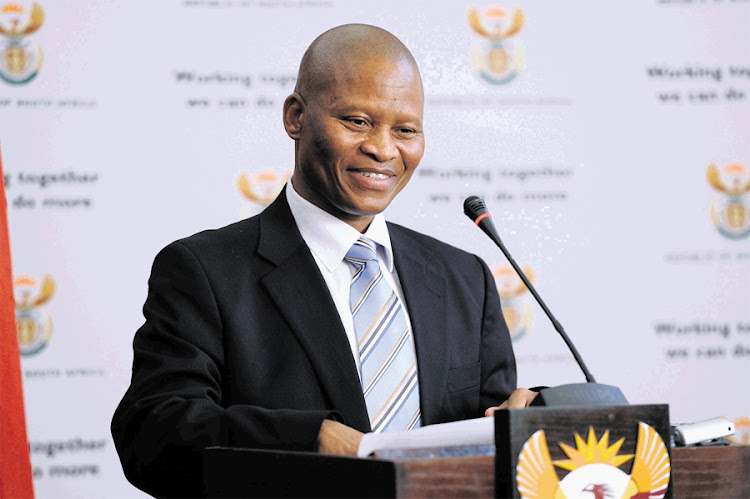 Yet again the regressive elements of our society are trying to shut down a perfectly legitimate debate. Yet again these regressive forces aim to completely debar certain opinions. One cannot fault chief justice Mogoeng Mogoeng for entering into an open discussion via webinar with the chief rabbi of SA, Warren Goldstein.

Inevitably the Palestinian issue would come up, and the chief justice responded with sagacity and impartiality, saying that he was pro-Palestinian and pro-Israeli while lamenting that the government of SA had adopted lopsided attitudes to the Israel-Palestinian issue and that it would have much more influence if it adopted a more balanced approach.

Of SA’s bias in the conflict there can be no question.

In May 2008 SA recalled its ambassador to Tel Aviv and downgraded its embassy to a liaison office. In 2019 it confirmed that the ambassador would not return.

SA has breached a cardinal rule of its own foreign policy, that of non-interference in the domestic affairs of other sovereign states, to criticise Israeli domestic politics, not once but repeatedly on many occasions. Even in Zimbabwe, when late president Robert Mugabe was committing atrocities against his own defenceless people SA held steadfast to this integral policy of non-interference.

While sitting on the UN Security Council SA used the full leverage that this powerful position conferred, to actively lobby and pass resolutions against Israel. Israel is the only country on Earth that active politicians in the civil service of SA may not visit.

SA has endorsed the boycott movement against Israel that has as its ultimate aim the destruction of Israel and its replacement by a Palestinian state, from the “river to the sea”. In 2018, the ANC called Israel a “blight on humanity” and called for it to be treated like a “pariah”.

By a commonly accepted test for anti-Semitism, when “demonisation”, “double standards” and “delegitimisation” are applied to only one people or country that happens to be Jewish, then these policies qualify to be labelled as anti-Semitism. We are not talking about normal criticism here, which is entirely legitimate, but when even expressing a neutral position about Israel is deemed to be unacceptable, then the charge of racism, bigotry and anti-Semitism are entirely justified.

SA maintains close relations with the most heinous leaders and has adhered strictly to its cornerstone of foreign — non-interference.

Iran, for instance, which is spreading its terror network all around the Middle East and has demonised Israel on many occasions as a “cancer that must be wiped out”, was one of the first countries to trade with SA after 1994. SA has advocated for Iranian interests at the UN and sided with Iran on critical issues at the Security Council. SA promotes scientific co-operation and tourism with Iran. Yet, Iran has an abysmal human rights record with possibly more hangings than any other country, where women are treated as inferior and stoned for accusations of adultery, where gays and lesbians are persecuted, where hundreds of opposition politicians are jailed and killed and where religions such the Bahá'í faith have been the victims of the most protracted persecution. Yet there is a deafening silence about these crimes, which is of course fitting, our leaders will opine, with the policy of non-interference.

SA is out of step with all the other Brics membership and even with an increasing number of members of the AU, who all enjoy mutually beneficial and strong ties with Israel. Narendra Modi of India and Vladimir Putin of Russia   on at least three occasions have visited Israel. Brazil and China enjoy very close relations, while SA holds steadfastly to a policy that has been hijacked by a coterie of fanatical bigoted anti-Semites.

Yet again, the call by the EFF to the chief justice, “to repent” and “to retract his position and subdue himself to the collective wisdom”, is nothing but a populist call to smother critical debate and be silenced by the tyranny of the mob. SA would be better advised to take the splinter out of its eyes, and look afresh at the Israel-Palestinian issue, as many Arab countries are doing, so that it could play a more constructive role to resolving the conflict.

NEWS ANALYSIS: Mogoeng Mogoeng owes it to the judiciary to avoid political comments