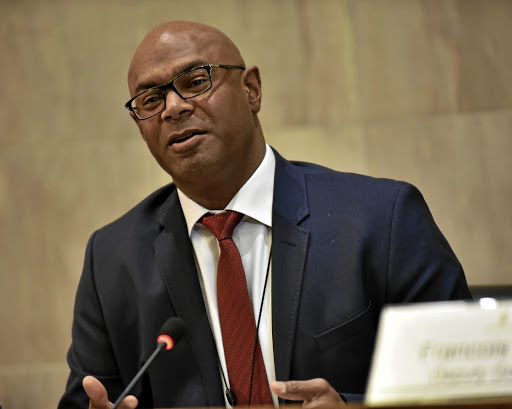 It is becoming difficult for the Reserve Bank to maintain the recommendation that some of the country’s biggest lenders should hold off paying dividends, bonuses and buying back shares.

FirstRand’s trading update shows that though the economy is not out the woods and household finances are still in distress, it continues to deliver profit growth, albeit at a slower rate. The country’s biggest bank by value flagged an as much as 25% drop in half-year earnings. That should still help the company deliver up to R11bn in earnings.

Additional comments in the earnings guidance offer a glimpse of how the industry has been coping since the beginning of June when restrictions on most sectors of the economy were gradually being eased.

Revenue was “more resilient” than FirstRand’s initial expectations and the build-up in loans on which repayments in the four months to end-June have been skipped was marginally better than expected.

It would not be a stretch to assume that rivals such as Absa, Standard Bank, Nedbank and Capitec are experiencing similar trading conditions that indicate they are probably through the worst of the credit losses.

In fact, Reserve Bank deputy governor Kuben Naidoo told reporters at a virtual year-end briefing that losses from skipped loan repayments are likely to have peaked. But as a regulator it is understandable that he would also say “until we’re reasonably confident that we are out of the woods”, the Bank is likely to keep the recommendation that banks refrain from rewarding shareholders and executives.

It makes sense for a naturally risk-averse regulator to weigh the signs of recovery against the possibility of another shutdown of the economy amid a resurgence in new cases in the Eastern Cape and Western Cape that could yet force banks into a second wave of credit losses before lifting the guidance.

The Reserve Bank put in place the non-binding but strongly encouraged recommendation in April in exchange for easing capital requirements and allowing banks a temporary pass to dip into regulatory capital buffers.

It was easy for the Bank to issue this guidance because the SA banking industry entered the crisis well capitalised with its liquidity coverage ratio (LCR) — a Basel III accounting rule that requires banks to hold cash that match or exceed projected cash outflows over a 30-day stress period — at about 148%. That was well above the minimum ratio of 100%.

Still, it will take some doing for the Bank and Naidoo — who also leads the bank supervision body, the Prudential Authority — to persuade shareholders and executives that they are likely to continue forfeiting billions of rand in bonuses and dividends in 2021.

Given the frantic scramble for cash from consumers drawing down on credit cards to cope with furloughs or pay cuts, and corporate clients working to cover sales losses caused by the lockdown, one would have thought the ratio would have dropped, at least closer to the minimum regulatory requirements if not to the new, temporarily lowered level of 80%.

It has not. In fact, banks have increased their liquidity buffers in recent months with the Reserve Bank’s latest Financial Stability Review, issued earlier in November, showing that the LCR for the total banking sector was at 151%.

When the Prudential Authority meets at end-January to consider whether to lift the guidance, there is a chance there will be a wider nationwide resurgence of Covid-19 cases that could force President Cyril Ramaphosa to consider additional restrictions.

But given the damage of the previous lockdown on the economy and livelihoods, and the government’s limited fiscal space to cushion the blows, restrictions on economic activity are unlikely to be as severe as earlier in 2020.

Banks, which have pulled back on lending anyway, are in an even better capital position to withstand the potential second wave of consumer defaults than during the strictest months of the lockdown in April and May.

Act does not insist, as Zodwa Ntuli does, that beneficiaries behave as shareholders
Opinion
8 months ago

Immunising part of the population is affordable, while SAA is costing the country R10.5bn
Opinion
8 months ago

Yet again, it will be the taxpayer who is on the hook
Opinion
8 months ago
Next Article

HILARY JOFFE: Bank-bashing is sometimes as unwise as it is unfair

TIISETSO MOTSOENENG: Dividends need to be sacrificed for good of the company

WATCH: Why Capitec is withholding its annual dividend

HILARY JOFFE: Bank-bashing is sometimes as unwise as it is unfair

TIISETSO MOTSOENENG: Dividends need to be sacrificed for good of the company

WATCH: Why Capitec is withholding its annual dividend