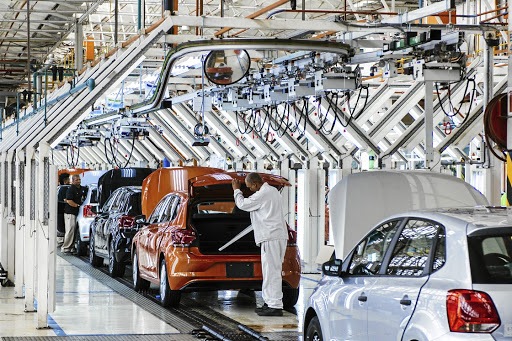 Whether President Cyril Ramaphosa and his advisers extend the Covid-19 national lockdown beyond April 30, one hopes they read a briefing document prepared by professor Justin Barnes, the government’s chief go-to independent adviser on motor industry policy.

Its recommendations, though directed primarily at the automotive sector, have huge implications for the SA economy as a whole.

As we reported last week, Barnes wants the government to start lifting the lockdown on the industry. If not, he warns that not only will billions of rand of orders be lost, along with thousands of jobs, but also that the motor industry could be cast back into the hell of irrelevance it inhabited a quarter of a century ago. Worse, it will take a big chunk of SA’s industrial base with it.

Before 1995, the SA motor industry was a global byword for inefficiency. Its main claim to fame was a bizarre incentive scheme for local steels, which persuaded carmakers to produce the heaviest vehicles in the world.

Today, the industry is the poster-child for the government’s re-industrialisation policy. Vehicle and components companies account for almost 30% of the value of SA manufacturing production and more than 14% of exports. In 2018, the industry exported R178.8bn of goods. About 64% of vehicles made in SA find foreign customers.

The automotive production and development programme (APDP), in place since 2013, has attracted nearly R50bn of investment by multinational vehicle and component manufacturers. A revised version, starting in January 2021, has commitments for a further R40bn.

The updated APDP is part of a broader SA automotive master plan whose goals are to double motor industry employment and production by 2035 and create a black-owned industrial sector that will increase local content in SA-made vehicles by 50%.

But all these goals — and promises — were set before Covid-19 arrived. Barnes says that the longer the national lockdown goes on, the more unachievable they will become.

Analysts already predict up to 20% of the estimated 120,000 people employed by vehicle and components companies could lose their jobs if the lockdown extends into May. Up to 30% of small and medium companies, mainly in the components supply chain, will go out of business.

But that’s not the complete picture. Black entrepreneurs hoping to take advantage of the industry’s racial transformation drive, won’t even open their doors.

This is not good news for local content. Motor companies must keep this above a certain level not only to win APDP incentives but also to qualify for duty-free vehicle exports.

Further afield, other industries reliant on the automotive sector for much of their business, will have to lay off workers. A study by Econometrix found that the collapse of the motor industry would cost 670,000 jobs across the economy.

No-one is suggesting such a collapse but the longer the industry doesn’t produce, the less competitive it will be. Overseas motor industries that compete with SA for business are already planning to resume production. Some have already done so. If SA can’t meet its commitments, they will step in.

That’s why Barnes rightly says the government must allow motor companies to resume partial production to meet post-Covid export demand — low as it is likely to be at first. Tim Abbott, MD of BMW SA and president of the National Association of Automobile Manufacturers of SA, says companies can restart production almost immediately.

It helps that the industry is offering to be a guinea pig for the rest of the economy. Abbott says companies are prepared to go to any lengths to meet Covid-19 safety requirements. Their gradual return to work will provide a guide for other industries.

SA industry has to get back to work sooner rather than later. This could be the template required to make it happen safely.

EDITORIAL: President trips on his economic response to virus after an energetic start

EDITORIAL: At last, SAA can depart — for good

The airline was always going to run out of runway, even without the shock inflicted by the Covid-19 virus
Opinion
11 months ago

EDITORIAL: The UIF faces the biggest challenge of its existence

Motor industry needs support to avoid being a Covid-19 casualty

NEWS ANALYSIS: Motor dealers are better placed for sales slump than in the 2008 ...

Motor industry needs support to avoid being a Covid-19 casualty

NEWS ANALYSIS: Motor dealers are better placed for sales slump than in the 2008 ...