But with vaccination mandates now coming thick and fast, he may not enjoy a good weekend for a long time 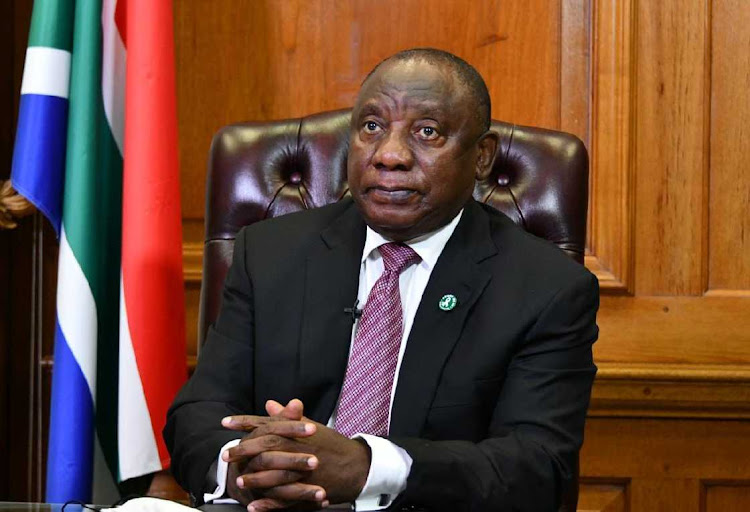 The travel bans imposed on Southern African countries at the weekend were less a knee-jerk than a full-bodied paroxysm of prejudice, as the global north revealed just how deeply it is still in thrall to swart gevaar notions of dark and dangerous Africa.

For President Cyril Ramaphosa, though, they were a gift straight from the political gods. And yet how differently things might have gone.

Consider, for example, Tom Peacock, a virologist at Imperial College London, who last Tuesday posted a series of tweets about a curious new variant of Covid-19.

Had Dr Peacock been in a postprandial slump after a lengthy forage in the Imperial dining hall when he sat down to write his tweets, he might have limited himself to some dry, undemonstrative observations, perhaps presented via impenetrable jargon or hedged in that deeply cautious don’t-quote-me tone that distinguishes scientists from rank-and-file tweeters.

Two days later, when SA’s scientists revealed their findings and the international press went looking for tweets to bulk up their stories, they might have found Peacock’s largely opaque tweets, gazed blankly at them, and then wandered off to quote the World Health Organization instead, reporting to their readers that Omicron had been named a variant of concern, like the four previous variants of concern, and that we should all keep wearing masks and getting vaccinated until we knew more.

Had all of that happened, Ramaphosa might have spent the weekend being asked when he was going to say something about the sabotage at Eskom, or whether anyone in his cabinet was benefiting financially from Shell’s plan to explode the ears, eyeballs and internal organs of millions of animals along the Garden Route. In short, Ramaphosa would have had another bad weekend.

But none of that happened, because Peacock didn’t stick to dry, opaque language. Perhaps the lunch had been modest and the conversation invigorating. But whatever the reason, Peacock let rip with apocalyptic vim, tweeting that the new variant possessed a “really awful spike mutation”, suggesting that the “horrific spike profile” might be evidence of a varmint that “would be worse antigenically than nearly anything else about”.

I don’t know what “antigenically” means, but I know what “awful”, “horrific” and “worse than nearly anything else” mean. We all do. Which is why, nanoseconds after SA’s scientists announced their findings, Peacock’s supercharged adjectives were being found and splattered across headlines around the world, with semi-respectable news organisations fretting about a “horrific” new variant while the bottom-feeders tore off their clothes and ran screaming through the streets: the Daily Beast’s report ran under the subhead “Nightmare Scenario”.

Some media quoted scientists calling for calm and caution, but the 19th-century subtext shrieked from between the lines of a thousand paragraphs: the Ebola continent had just belched out another way to liquify white babies, quite possibly because a witch who lived in a volcano had asked one favour too many of a capricious magic zebra.

All of which was why Boris Johnson slammed the door shut on Southern Africa while Omicron was already in Belgium, Israel and Hong Kong, and Ramaphosa had his best weekend in months, going on the telly on Sunday night to denounce injustice and prejudice knowing that he had the backing not only of a briefly unified public but also growing medical and scientific consensus.

I hope he savours it for as long as he can, because national unity is about to disappear faster than you can say “vaccine mandate”.

At the weekend I saw a fresh explosion of anger around the hoarding of vaccines by the global north a year ago. Certainly, the decision by wealthy countries to heap up immense stockpiles before they considered selling supplies to poorer countries cost hundreds of thousands of lives: in the seven weeks between the start of the rollout in the UK in December last year and the arrival of SA’s first, ill-fated shipment of AstraZeneca shots, official figures show that almost 20,000 South Africans died of Covid-19. The true number is probably considerably higher.

Almost a year later, however, the picture has changed dramatically. Last week, Namibia announced that it will destroy about a quarter of a million vaccine doses that are about to expire. SA has more than 16-million doses waiting to be administered — enough, at the current sluggish rate, to last us until the end of April.

The Western Cape has the highest proportion of fully vaccinated people in the country, perhaps because the province was so badly scarred by the first waves: according to (almost certainly understated) official figures, Covid-19 has killed 284 out of every 100,000 people in the Western Cape, almost double the rate in Gauteng.

So what does it take to be SA’s most vaccinated province? 30%. In Gauteng that number plunges to 22%. In KwaZulu-Natal, 19%. Yes, the fiasco with the AstraZeneca shipment was a disaster for public trust. Yes, the July insurrection was a huge setback. But the fact remains that SA’s vaccination drive is no longer facing a problem of supply. The problem is demand, and growing evidence that the majority of South Africans don’t want to be vaccinated.

Which is why the mandates are coming, and why Ramaphosa isn’t going to have another good weekend for a long, long time.

The president has been calm and carrying on since the first weeks of the Covid-19 crisis, writes Tom Eaton
Opinion
2 months ago

The party is trying to put distance between itself and Eskom, crossing its arms and bleating about the state utility
Opinion
2 months ago

TOM EATON: Mayor, mayor on the wall, who’s the partiest of them all

Ethics and qualifications will count for little, literally, when the ANC interviews candidates
Opinion
2 months ago

Those explaining why they did not vote seem to have the most energy, writes Tom Eaton
Opinion
2 months ago
Next Article