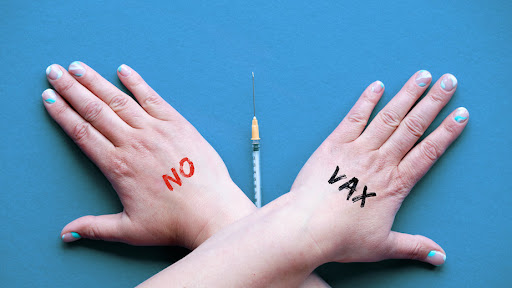 Unvaccinated people must be prevented from taking public transport, and stopped from eating in indoor restaurants or bars. That’s the view of organised business, as President Cyril Ramaphosa announced on Sunday night that a task team is being set up to investigate such a vaccine mandate.

On Friday, Business for SA (B4SA) chair Martin Kingston put it stronger than ever: “We need to rapidly move to a situation where only vaccinated individuals should be allowed to travel in buses, taxis and airplanes, or to eat and drink in indoor establishments such as restaurants and taverns.”

Such a ban wouldn’t apply to certain “emergency use” areas — such as hospitals, grocery stores and some government services — but this is in accord with the science around Covid, Kingston argued.

Over the weekend, Shabir Madhi, dean of the faculty of health sciences at Wits University, argued pretty much the same thing.

Among the steps that he said SA needed to take is to “implement vaccine passports for entry into any indoor space where people gather, including places of worship and public transport”.

Madhi said that vaccination might be a choice, but it carries consequences. “Even if vaccines only reduce transmission modestly, over and above the infections they prevent, a breakthrough case in a vaccinated individual poses less risk of transmission to others than infection in an unvaccinated and previously uninfected individual.”

Still, this is a view unlikely to be popular with the 59% of SA adults who, for one reason or another, have chosen not to get vaccinated.

But it’s a move which has worked elsewhere.

In France, for example, President Emmanuel Macron issued a mandate in September barring anyone from entering restaurants, museums, sports events or indoor spaces like museums unless they’d been fully vaccinated or had a new negative Covid test.

Today, 90% of the French population has been vaccinated. And while the country is now in the midst of a fifth wave, the number of people in hospital for Covid is just a quarter of what it was this time a year ago.

It would be more complicated for Ramaphosa’s government to issue such a decree, but SA’s private sector has far more room to implement these sorts of limitations on who can use its services.

On Sunday night, Business Unity SA (Busa) CEO Cas Coovadia said mandates are entirely in line with the obligation of companies to ensure a safe workplace for their staff.

“We have no doubt it will be contested, but all we can do is urge South Africans to follow the science,” he told Newzroom Afrika. “We all have beliefs, we all have our views, but at the end of the day, let’s listen to the scientists, let’s listen to the medical people [who are] telling us this is the responsible thing to do — vaccinate, for yourself and others.”

More companies are following the lead of Discovery, which was the first to announce a mandate in September. At the time, CEO Adrian Gore said his hope was that other organisations will follow suit, with a profound systemic impact on vaccination uptake.

Yet not many companies have been brave enough to do so, with only a few — like Sanlam — the exceptions.

Significantly, however, last week, Wits University and the University of Cape Town said that from next year, all students and staff will need to be vaccinated to access their premises.

As Coovadia rightly anticipates, the chorus of opposition is growing, with people grumbling on social media that mandates would be “unconstitutional” and muttering darkly about a “new fascism”.

But in a B4SA webinar last month, lawyer Halton Cheadle pointed out that no right is absolute — including the right to bodily integrity.

A right can be limited by law, “provided that its purpose is sufficiently important and its effect is proportionate”. And, he said, vaccination is a proportional response to a brutal pandemic.

“Though the right not to be discriminated against is also raised, the discrimination has to be unfair,” he said. And in this case, said Cheadle, a vaccine mandate is unlikely to be considered legally unfair. In short, any constitutional challenge is likely to bomb.

Nor would SA be doing something unique. Besides France, many other countries already have vaccine mandates, in one form or another.

In the UK, all frontline staff in the National Health Service (NHS) will be required to have been vaccinated by April.

And in the US, The Washington Post reported last week that President Joe Biden’s order in September that federal employees be vaccinated “is showing that vaccine mandates work”. In all, 92% of the 3.5-million employees have now had at least one vaccine dose.

Over there, the private sector has also successfully imposed mandates for staff.

Perhaps the most famous case is Tyson Foods, one of the world’s largest meatpacking companies, which said in August that its 120,000 staff all had to be vaccinated or lose their jobs. In the end, 96% agreed to be jabbed, with a few thousand applying for religious or medical exemptions.

Stuart Appelbaum, who represented one of the largest trade unions at Tyson, told The New York Times: “This was a business decision. There isn’t enough of a supply of workers to take the place if a large number of workers are getting sick.”

Predictably, some global companies have also faced stout resistance. According to the Post, 600 Google employees signed a document calling on the tech company to rethink its mandate for its 150,000 workers.

As the Post argued: “Mandates should carry some consequences, but with flexibility, including religious and other exemptions where appropriate. For some organisations, regular testing and face mask requirements might work for those who won’t get vaccinated.”

Hitting staff in their pockets also works. Delta Airlines, for example, didn’t impose a vaccine mandate, but is charging its unvaccinated staff an extra $200 a month in health insurance premiums, and demanding a weekly Covid test.

And Singapore, a country which has typically covered the health-care costs of all its citizens, says that anyone who remains “unvaccinated by choice” will have to pay their own Covid bill.

Such a blunt rule would be difficult to implement in SA, however.

As ActionSA leader Herman Mashaba puts it, many South Africans are widely sceptical of the government, and unlikely to want to follow the orders of a state that lacks credibility. And this is especially since one of the most vaccine-hesitant demographics is probably civil servants.

Ramaphosa would struggle to convince the public sector unions of any mandate plan — and considering the unions are an alliance partner of his party, it seems unlikely he’ll be willing to strong-arm them into it either.

All of which means that the private sector — more nimble and with more to lose in the case of more dreaded lockdowns — is perhaps the better place to start.

We need to learn to live with the virus, and take a holistic view on the direct and indirect effects of the pandemic on livelihoods
Opinion
8 months ago

There has been swift, early warning about the new variant but that only means there is still a lot of work to be done
Life
8 months ago

The variant has been identified in Botswana, Hong Kong, the UK and Belgium
National
8 months ago

NICOLA COMNINOS: Rethinking the workplace while weighing up jab dilemma

NICOLA COMNINOS: Rethinking the workplace while weighing up jab dilemma

ECONOMIC WEEK AHEAD: Retail sales in focus as ...