The grueling, relentless discussions to arrive at a very thin trade deal is simply a taste of what’s to come 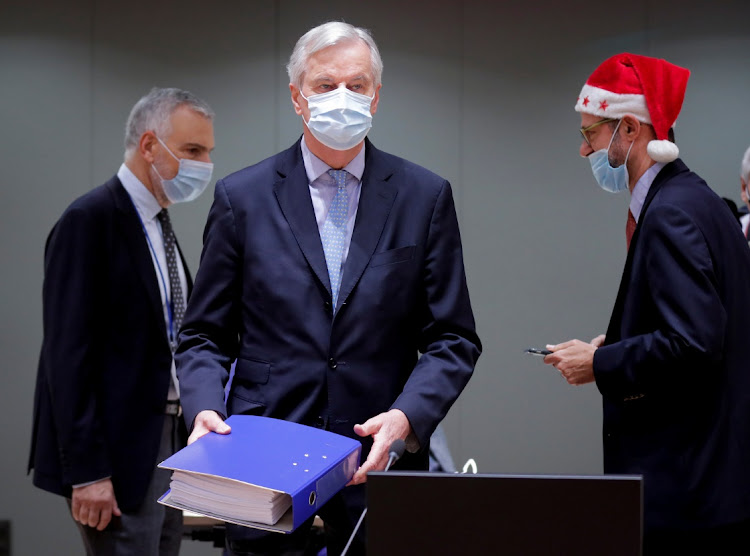 Britain’s free-trade agreement with the EU, announced last week after months of fractious talks and days before the transitional Brexit arrangements were due to end, is certainly better than the alternative. Separating with no deal at all would’ve poisoned relations and been worse for both sides than what lies ahead.

Yet this agreement settles less than you’d think. Supposing it’s duly ratified by governments and the European parliament, it is just one stage in a literally endless process of further negotiation. This might be the saddest aspect of the whole misadventure. Many in Britain wanted to break free of the EU — to stop dealing with it, talking about it, and having to think about it. Brexit’s greatest fallacy was that this would ever be possible.

Months of tortuous negotiations have yielded what’s called a thin trade deal. This gives Britain and the EU tariff- and quota-free access to each other’s goods. That’s better than nothing, because without the agreement both sides would’ve imposed duties and quantity controls on some of their imports.

In the worst-affected sectors, such as farming and car manufacturing, this would’ve been extremely disruptive. But tariffs and quotas aren’t the only obstacles to trade. Even with this deal, border bureaucracy and other barriers will add to delays and interrupt the flow of goods, at significant cost to both sides.

Granted, over time, more talks might smooth away some of those obstacles. But if you’re a Brexit supporter, that’s the problem. More talks.

Under the terms of this deal, intense discussion will be needed whenever the EU or the UK change their economic regulation in a way that either side believes puts it at a disadvantage. The free-trade deal often threatened to collapse over this issue — vastly more significant for the respective economies and harder to resolve than the ridiculous squabble over fish. In the end, the two sides agreed to rules controlling their ability to retaliate against behaviour either deems anti-competitive, with new arbitration procedures to resolve disputes.

In the future, each side will monitor the other’s regulatory policies. Are these changing? More talks.

Bear in mind that only a small part of the UK economy is devoted to producing goods. Services predominate — and trade in services isn’t covered by the deal. Increasingly, services are tradable across borders, a fact on which the future of the City of London depends.

Dealing as an inferior

Negotiations on trade in services in general, and financial services in particular, have been moving slowly. Europe’s ambition to move much of the City’s business to the continent no longer needs to be disguised. The union will drive a hard bargain over regulatory co-operation, and it’s hard to say what the outcome will be. Only one thing is clear. More talks.

Admittedly, Brexit gives the UK a new measure of freedom to design its own policies across a wider array of issues. How much it ends up costing will depend on how well Britain exploits these opportunities. The eventual cost will depend, too, on how well it manages the other strains that Brexit will aggravate, such as the new drive for Scottish independence and the danger of fresh instability in Northern Ireland.

Regardless, relations with Europe — Britain’s neighbour of 450-million people, and by far its most important economic and security partner — will always dominate UK politics. Brexit means managing this relationship from the outside, dealing as an inferior with an EU preoccupied with solidarity, rather than from the inside, with the additional rights and opportunities that provided.

All the months of quarreling leading to this agreement — negotiations casting Britain as a puny supplicant, not an equal partner — have ended with a deal, but certainly not with Britain’s liberation. This grim, exhausting process has been just a foretaste of what’s to come.

Free movement between Britain and the EU will end; pets may be a problem; and finance firms will lose their passport to offer services across the EU
World
11 months ago

Johnson is already spinning the still unsigned deal as a victory, but at least one economist thinks the EU is sitting pretty
World
11 months ago
Next Article