CHRIS CAMPBELL: To get SA’s rebuild back on track engineers need a seat at the table 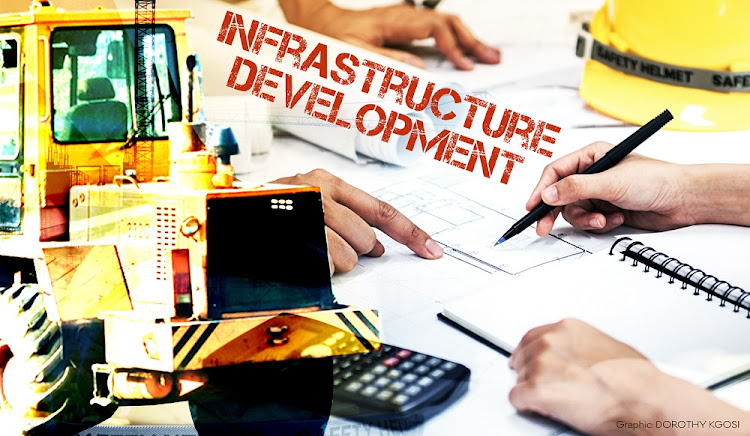 The constant rhetoric we hear at every industry and investment conference, both in our country and across the region, is that “infrastructure development is the key to job creation and economic growth”. Why then is progress in this arena stymied at every turn?

Not a day goes by without us being greeted with news that SA’s power generation capacity has been sabotaged or that infrastructure tenders have been cancelled or withdrawn, or that our ever-elusive revised procurement regulations have been delayed yet again.

President Cyril Ramaphosa has been talking for what seems like an eternity about a rebuild programme and the benefits this will bring, yet we see no evidence of this. In his state of the nation address earlier in the year he raised the importance of maintenance of our infrastructure. We applauded its very mention at such a high level and believed that as an industry finally our voices were being heard.

So, we ask ourselves, what will it take to get our rebuild programme back on track, spearheading our country’s economic growth and the creation of many jobs for our long-suffering people? In looking for answers we turn to countries that are thriving, to see what they have done to achieve success, and the results make for interesting reading.

It is critical that engineers be given a seat at the table and not just be on the menu.

At a recent conference I attended, mention was made of two economically successful countries: Singapore and South Korea. Both countries value the contribution of engineers to their governmental decision-making processes. South Korea is acknowledged to have one of the world’s most advanced economies after Japan and the US. Its education system and the establishment of a motivated and educated populace are largely responsible for spurring the country’s high technology boom and economic development. South Korea adopted an export-orientated economic strategy to fuel its economy.

Singapore is rated as the world’s smartest country, followed by China, Hong Kong and, once again, South Korea. The Chinese government is dominated by scientists and engineers; professionals who are admired as people who are worthy and capable of handling political affairs. The Chinese believe scientists and engineers, who eventually become technocrats, have the disciplined minds that make them fit for public office. This leadership has brought about a laser-like focus on innovation.

It was stated in a McKinsey report that Singapore’s economic transformation from a developing to a developed country since gaining independence in 1965 is a prime example of how stable governance and entrepreneurial thinking can fuel economic prosperity. What is less well known is the extent to which the Singapore government has embraced design in its strategies to improve citizens’ lives. The report went behind the scenes to highlight key activities and principles governments can consider when leveraging design in transformation efforts. It described examples of how Singapore used design to transform citizen-facing services.

In a report by the Centre for Economics & Business Research, commissioned by the Royal Academy of Engineering, the impact of engineering on economic development was considered on a global scale. The report brought together all available data from 99 countries to paint a picture of global engineering: its workforce, output, prospective recruits, the quality of research and where its influence was most needed. It used a comprehensive selection of indicators to calculate a new engineering index — a measure of the engineering strength of different countries.

The results of the report show that engineering plays a key role in supporting the growth and development of a country’s economy as well as in improving the quality of life for citizens. As such, there is an important link between a country’s engineering capacity and its economic development. However, the extent to which engineering can aid development is also dependent upon governments committing the finance and resources required for infrastructure projects, as well as developing a favourable business environment with good regulation and without corruption.

In writing “Engineers in Government & Public Policy”, US engineer and author Patricia D Galloway notes that the roles engineers have taken on go far beyond knowledge and technology. Engineering affects the health and vitality of a nation as no other profession does. The business competitiveness, health and standard of living of a nation are intimately connected to engineering. As technology becomes increasingly ingrained in every facet of our lives the convergence between engineering and public policy will also increase.

This will require that engineers develop a stronger sense of how technology and public policy interact. The public is playing a far more active role in private and public projects, through more open planning processes, environmental regulations and elevated expectations that place greater responsibility on those executing projects. Galloway goes on to state that the 21st-century engineer will need to assume leadership positions from which they can serve as a positive influence in the making of public policy and in the administration of government and industry.

Moving closer to home, and in answer to the question of what will it take to get our rebuild programme back on track, global best practice has always been that an engineering design consultant should be appointed to assist, advise and provide analysis on risk, and create independent reports for client bodies in the government to make informed decisions. These independent reports produced by engineering industry experts can be used to guide bid advisory committees in their recommendations to management committees within that particular organ of state.

The role a consulting engineer plays in this process is that of adviser and not decision-maker. From a governance perspective these consulting engineers are often mistaken as the decision-makers when their role is purely that of a technical expert acting in the best interests of the government entity in ensuring that the best decisions are made based on sound technical analysis.

Having considered what has led to the economic success of countries such as South Korea and Singapore, having reviewed research from across the globe related to economic transformation, the impact of engineering on economic development and the roles of engineers in government, it must be stated that without a meaningful contribution by engineers in government our country’s rebuild programme is doomed to failure. It is critical that engineers be given a seat at the table and not just be put on the menu.

BUSISIWE MAVUSO: Comair downed by competition, but no such pressure on Transnet

The gap left by Comair will be filled by competitor operators, which is  something our freight transport system needs
Opinion
2 weeks ago

Is it Africa’s time, or has the continent’s race been run?

Companies spend huge amounts on software, but will only realise benefits if the technology is leveraged to support business strategy, expansion or ...
Opinion
2 weeks ago
Next Article