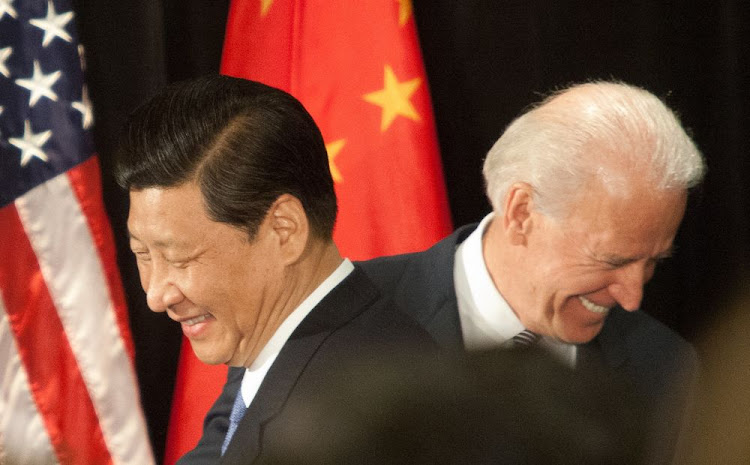 On December 9 and 10 the US will host the first online “Summit for Democracy”, focusing on three themes — fighting against authoritarianism, combating corruption, and promoting human rights. Seemingly, the summit advocates freedom and human rights under the banner of democracy, but in fact the US foments three political conspiracies under the guise of this summit:

1. To cross the bottom line of the One-China principle

According to a list released by the US state department, 109 countries and the Taiwan region are invited to the summit, while the People’s Republic of China is deliberately excluded.

There is only one China in the world, which is only and fully represented by the government of the People’s Republic of China, and Taiwan region is an inalienable part of China’s territory. The above principle, named the One China Principle, has been a universally recognised norm of international relations and a well-accepted consensus of the international community. As a historical and legal fact it is unchangeable, while as the status quo it is unchallengeable.

Those who play with fire on the Taiwan question will burn themselves, and a country that loses its credibility in this regard will decline. By inviting Taiwan region to the so-called “Summit on Democracy”, the US has seriously violated the One China principle, the provisions of the three China-US joint communiqués, and all the commitments it has made.

Fifty years ago the US failed miserably in its attempt to create “one China, one Taiwan” at the UN. Today, if the US tries to turn back the wheel of history it will stand in opposition to the 1.4-billion Chinese people and the vast majority of countries in the world, and is doomed to fail again. China solemnly urges the US to abide by the One-China principle and stop offering any platform to “Taiwan independence” forces.

2. To manipulate the narrowed concept of democracy

Democracy is the common value of all mankind and is by no means a patent of any country. “US democracy” is definitely not “universal democracy”.

Before enlightening others, one has to do well oneself. The disastrous democratic conditions in the US are the most powerful evidence that “US democracy” has long gone bankrupt. Relevant survey results show that 81% of Americans say there is a serious domestic threat to the future of US democracy, and 44% of respondents see the US as the biggest threat to global democracy.

The US has overdrawn its democratic credit, but it is still using democracy as a cover to interfere in other countries’ domestic affairs, infringe on their sovereignty and violate basic principles of international laws and basic norms governing international relations. Its hosting of the “Summit for Democracy” is neither justified nor legitimate, but merely an old trick of trying to shift its domestic problems overseas in an attempt to find a cure.

Popular support reflects the greatest democracy. Whether a country is democratic or not should be judged by its own people, not by any meddling foreign country. The yardstick of democracy should be whether or not it is consistent with people’s demands and gives them enough sense of participation, satisfaction and gain.

3. To incite division in the international community

Saurabh Gupta, senior researcher of the Institute for China-America Studies in the US, once pointed out that since the end of the Cold War the goal of the US has never been to build an international order centred on the UN, but to establish a system led by the US, sometimes together with several allies and sometimes on its own.

In the crucial moment when the world must unite and respond to major challenges such as Covid-19 and climate change the US, by hosting the so-called “Summit for Democracy”, has divided 233 countries and regions into “democratic” ones and “undemocratic” ones, deliberately creating a sense of division in the international community. But its true intention lies underneath the surface. The US is weaponising and instrumentalising democracy to advance its geopolitical strategies, dividing the world into opposing camps by ideological means, and reinforcing its hegemony under the guise of democracy.

In his report “Our Common Agenda”, UN secretary-general Antonio Guterres said whether countries choose co-operation or division will determine the “collapse or breakthrough” of the international system and order. At present, the ongoing profound changes in the world unseen in a century are accelerating to evolve, and the supporting forces for peace, development and progress are growing.

Countries around the world should conform to the historical trend and uphold co-operation rather than confrontation, openness rather than closure, mutual benefits rather than zero-sum games. We should firmly oppose all forms of hegemonism, power politics, unilateralism and protectionism, and instead jointly promote common values for all mankind including peace, development, fairness, justice, democracy and freedom.

We should work together to build a world that enjoys lasting peace, universal security, common prosperity, openness, inclusiveness, cleanliness and beauty. We should jointly cope with various challenges and global issues facing mankind, promote economic and social development, and thus bring more benefits to all people.

The true benefit is the benefit to the world. The US deliberately hosting its “Summit of Democracy” is a dangerous move that will revive the Cold War mentality, which should arouse the vigilance of the international community. We call on people of insight from all walks of life to jointly resist antidemocratic and pseudo-democratic practices, safeguard international solidarity and co-operation, promote world peace and development, and build a closer community with a shared future for mankind.

• The author is Chinese consul-general in Johannesburg.