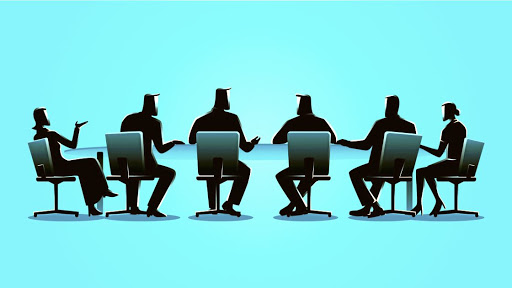 All organisations face the challenge of building a corporate culture of respect, belonging and trust; one that eliminates racism, elevates diversity, answers inequities and welcomes a range of perspectives. The question is whether this is possible without understanding the cultural differences that influence our moral reasoning and are part of our value systems.

Much commentary on the moral reasoning and sources of ethical decision-making and conduct still ignores the research-established fact that most people rely entirely on internalised ethical frameworks — to the exclusion of any other sources — when faced with ethical decisions. Moreover, the ethical framework that forms the foundation of ethics and compliance programmes mostly derives from the West, and thus contains none of the nuances of other cultures.

This raises the question: if leaders’ ethics appear to be independent of organisations’ formalised attempts to influence them, where do their ethics emanate from? The question of how leaders develop their ethical behaviour remains a crucial issue given that employee behaviour affects the organisation beyond ethics and compliance programmes, which concentrate on programme structure, process and controls against certain set benchmarks.

US cultural anthropologist Margaret Mead defines culture as “everything that people in a society have learnt and share through traditions, pass on to children and teach new members. This includes religion, beliefs, political ideologies, values, language, gender roles and sexuality”. Organisational culture has been defined as a pattern of shared basic assumptions that a group acquires as it solves its problems of external adaptation and internal integration; these assumptions work well enough to be considered valid and therefore to be taught to new members as the correct way to perceive, think and feel in relation to those problems.

From the above definitions it stands to reason that ethics and ethical behaviour should be considered an integral part of culture. Perhaps a starting point is to proactively establish the levels of trust, speaking up, performance under pressure and values orientation of each employee, especially those in leadership positions. As such, the methods of ethical leadership training in the workplace require a sound understanding of each employee’s profile and background.

There are four dimensions in which researchers have sought to evaluate the influence of culture on ethical behaviour in the corporate context:

The influence of corporate sustainability and compliance

Every organisation has written statements that spell out standards of ethical behaviour and the organisation’s regard for them. Ordinarily, they should also be a guide for conduct and actions, and one would expect them to be the bedrock for leaders facing an ethical dilemma.

But the assessment of the impact of compliance and the elaborate “ethical infrastructure” on employee behaviour is the elephant in the room. What must also be established is whether an organisation’s leadership is attuned to the codes and company statements and checking whether the perception of peer and boss behaviour demonstrates consistency in adhering to the codes and statements.

The influence of leadership development on ethical behaviour

Leadership and ethics are at the core of all reputable organisations, and many have engaged leading ethics consultants who have developed robust methodologies that integrate leadership ethics training into every facet of the organisation’s internal interactions.

There have been numerous studies on the influence of ethics training on leaders’ behaviour. While there is reasonable evidence that training does have an effect on ethical behaviour, there is no strong evidence to suggest that training results in leadership abandoning tried and tested personal sources for ethical decisions.

The influence of organisational culture on ethical behaviour

Organisational culture can be described as the artefacts, espoused values and basic underlying (tacit) assumptions. These rules and values are accepted as good and therefore worthy of building an organisation that works and provides the company’s sustainability and success.

What personality is to the individual, culture is to the character of an organisation, according to former MIT Sloan School of Management professor Edgar Schein. According to Schein, compliance functions, codes of conduct, statements of corporate sustainability, leadership models and training programmes of any kind are all artefacts of a corporate culture and may explain or guide a member’s behaviour.

Assessing whether artefacts and espoused values that define an organisation’s culture are a factor that can help explain how an individual or leader navigates an ethical dilemma remains tentative.

The influence of ethnic/national culture on ethical behaviour

Of all the components related to ethics and compliance, ethnic/national culture is by far the most complex and its meaning must be carefully delineated. The Oxford dictionary defines culture as “the ideas, customs and social behaviour of a particular people or society” or “the attitudes and behavioural characteristic of a particular social group”.

Given that SA is a multicultural society it is important to seek an understanding of the different cultures’ approach to ethical behaviour. The broad demarcation is that there are collective cultures and individualistic cultures, and substantive groups of individuals that straddle this broad division.

Research by a leading ethics consultant has shown that in collective cultures personal identity is based on an interdependent self, immersed in a web of relations. So in comparison to their peers in an individualistic culture, decision-makers in collective cultures are more likely to use relationship-based post conventional moral reasoning than justice-based reasoning.

Thus, the influence of national/ethnic culture on ethical behaviour suggests that different cultures may approach ethical dilemmas in different ways. In a diverse society such as SA one should anticipate cross-cultural differences. These differences may be most notable and create more culturally determined ethical dilemmas when cultures meet that are collective versus individualistic.

Given that most research emanates from the West, it is hardly surprising that most of the literature places the individual centre stage while conceding that cultural values have some vaguely defined influence. There is little research on how ethical decisions are made in more collective cultures. Any claim that individualistic cultures are more likely to reach consistent ethical decisions is more a reflection of the preponderance of Western-based research than a finding based on objective research.

Perhaps the greatest lesson for organisations as well as diversified societies such as SA is to view cultural differences not as an observed phenomenon, but rather as a source of knowledge as to which behavioural ethics are culturally specific so as to manage ethics more effectively.

Taking into account that personal networks are the most important part of navigating ethical dilemmas, it is important to understand how these are expressed in different cultures. The rules of how these networks operate in terms of the creation and maintenance of power relations, the nature and degree of reciprocity within them and the exclusion or inclusion of individuals, are all culturally determined. These networks can serve to remind everyone of the inequalities in power relations within a culture.

In the words of an ethics consultant, “The possibility that ethnic/national culture could shape ethical behaviour co-exists with the risk that organisations ignore ethnic/national culture as a dynamic influence on ethical behaviour and suffer the consequences. These include facing a growing volume of ethical dilemmas. Ultimately these dilemmas create barriers (and untapped opportunities).”

The challenge is that most organisations in SA do not factor in the influence of culture on moral reasoning and the resolution of ethical dilemmas. For our ethics and compliance programmes to be effective we need an enlightened understanding of the nuances of culture on ethical decision making.

The specialist bank and wealth manager says its first-half earnings for 2022 are in line with pre-pandemic levels, citing new focus and resilience
Companies
1 month ago

The evidence is unambiguous that the tobacco behemoth BAT ran an illegal corporate espionage ring in SA. Are our law enforcement agencies too busy ...
Opinion
1 month ago

The woke movement could be the next great US cultural export, and it is going to do many other countries some good
Life
1 month ago

DUMA GQUBULE: Time for quotas to chisel away rock of institutional racism