While Western countries escalate sanctions on Alexander Lukashenko’s regime in response to severe human rights abuses and violations of international law, the IMF is funding it 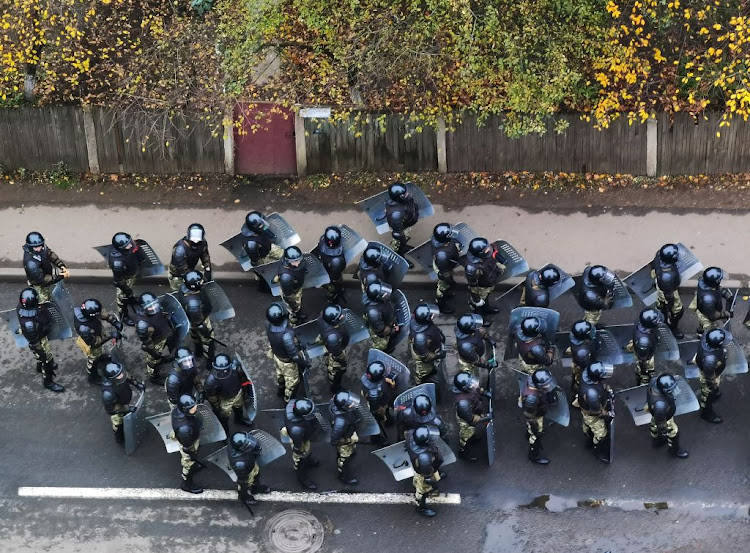 On August 9, the US, UK and Canada imposed their latest round of sanctions on Belarus. Two days later, the International Monetary Fund (IMF) agreed to provide the country with $910m as part of a global allocation of special drawing rights (SDRs). As a result, while Western countries escalate sanctions on Belarus in response to severe human rights abuses and violations of international law, the IMF, an organisation the West still dominates, is funding the regime. This contradiction must be addressed.

It is not the first time this has happened. In 2008, facing severe financial stress from the global financial crisis, Belarus appealed to the IMF for emergency help. I was one of the few ambassadors in Minsk to take a close interest. As negotiations got under way, the IMF representative and I spent a lot of time together, often on long walks away from prying ears, to explore a solution that would both help Belarus while also promoting human rights through some form of linkage. I also tried to persuade the UK Treasury to support this approach, but its lack of imagination disappointed me.

In the end, Minsk got a $2.5bn Stand-By Arrangement, but without any human rights conditionality. At that time, too, the US and EU were sanctioning Belarus. But the measures were limited and the context very different from today. Seeking a better relationship with the West as it faced growing Russian pressure, Alexander Lukashenko’s regime was relatively restrained in its repression of civil society. Things were moving in the right direction, albeit slowly and, as it proved, reversibly. Although I told the Belarusian authorities nothing about my efforts to secure the loan, they quietly thanked me.

The situation today is totally different. Repression in Belarus is unprecedentedly severe and getting worse. The regime’s international actions — the forcing down of RyanAir flight 4978 in May, the sinister activities of its security services abroad, and its mass transit of Middle Eastern migrants to the Lithuanian border to strain the resources of an EU neighbour — are turning it from a dictatorship into a pariah. Lukashenko is burning bridges with the West forever. Yet sanctions intended to pressure the regime have been undermined by the IMF.

The Fund is also abetting Russia in propping up a regime that has lost legitimacy in the eyes of most of the population. Since the political crisis began a year ago, Russia has extended new loans to Belarus. It understands that a financial crisis there could further weaken Lukashenko’s rule and hasten a potential transition towards democracy, as past crises have done in other authoritarian systems. In doing so, Russia sustains a system that continues to abuse human rights on a scale not seen for decades in Europe.

It also presses its own geopolitical conditionality by seeking a quid pro quo of deeper Belarusian integration into Russia. This could in due course include military basing rights — a matter of deep concern to the West, since three EU and Nato member states border Belarus. Against this background, the IMF’s unconditional SDR allocation is not only a gift to Belarus, but also supports Russia’s goal of keeping Lukashenko in power.

In 2008, the combination of sanctions-and-loans was a curiosity. Today, it is unacceptable. There are now precedents for a different approach. The IMF will not allow Venezuela to access existing or future SDRs, citing the disputes over whether Nicolas Maduro is the legitimate leader of the country. But the institution still issued the SDRs to Belarus despite the refusal of western governments to recognise Lukashenko’s “election” in August 2020.

There is one further irony. The SDR allocation is intended to help Belarus tackle the Covid-19 pandemic. Yet Lukashenko’s handling of this has been disastrous. He has deprecated the pandemic and insulted those who died from it. In June 2020 he rejected health-related IMF loan conditions such as quarantine and isolation. “What’s this stupidity?” he said. “We won’t dance for anyone.” A recent hack of government servers by Belarusian activists indicates that the country’s true pandemic death toll of 32,000 is 14 times higher than official figures. The regime is more likely to spend IMF money on repressing lives than on saving them.

ESG principles would now make it very difficult for Belarus to access western financial markets, as it did in raising $1.25bn with a sovereign bond listing on the London Stock Exchange in June 2020. But the IMF still provides funds to a brutal regime, guided by only narrowly technical conditionality. This anomaly is neither morally nor strategically sustainable.

‘Do not come back to Belarus, it’s not safe’ sprinter told seconds before defection