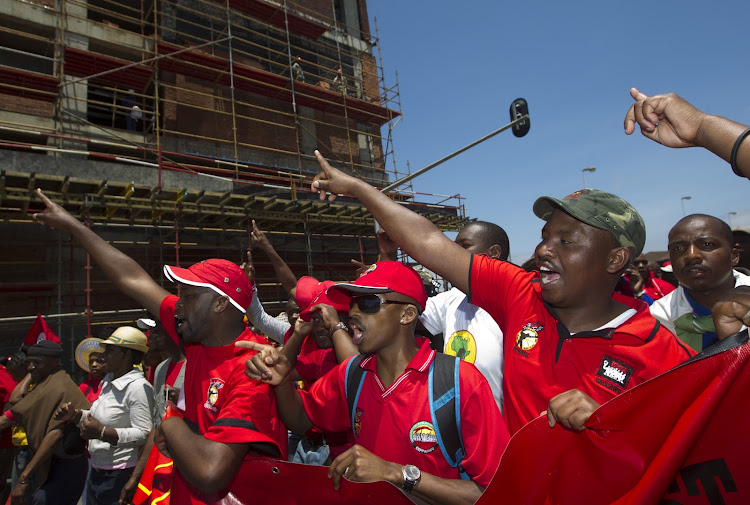 Before Covid-19 there was much talk about preparing to exploit the many potential advantages brought about by the fourth industrial revolution (4IR). The consensus was that the world was changing, and for people and organisations to survive they would have to adapt to the new world of work.

When the pandemic struck businesses were forced to adapt far faster than was previously thought possible — the future had arrived sooner than envisaged. The pace of change is no longer in our control. It continues to be a question of survival. To guarantee survival, one has to change.

Businesses are being affected by globalism, technological, political and demographic changes. Millennials are bringing new thinking and new expectations to the workplace. Technology is making it easier to access knowledge, not just for consumption but for transformation, interpretation and innovation. This may mean employees with less than adequate education will be further compromised. The workplace will be much different — employees are already able to work from anywhere and at any time.

Given the predictions about the new world of work, how do trade unions adapt to the changes and remain relevant? If the past 18 months is anything to go by, trade unionism in SA is in for a hard time. The May 1 Workers Day public holiday is ordinarily a time for trade union revival. Unions use this day to organise mass demonstrations and celebrations, turning the day into a national event.

However, for the past two years May 1 has coincided with Covid-19 lockdowns, which imposed limitations on public meetings and crowds, and as a result Workers Day hardly registered. The trade unions could not organise events to attract the attention of the public in general, and workers in particular. This at a time when many workers have lost their jobs due to Covid-19 and some are still not earning full salaries.

The pandemic caught unions unprepared, and they failed to adapt. The pandemic is wreaking havoc with their business model. Resistant to change at the best of times, they are now missing the opportunities provided by 4IR. A cursory look at collective bargaining demands presented by trade unions to employers as part of wage negotiations shows clearly that they are not in tune with the new world and its realities.

This year’s demands, in a world and economy that has been ravaged by the pandemic, are little different to those of the past. Mass action and the threat of strikes remain the unions’ chief bargaining chip. They are stuck in the old world of “us versus them” and have failed to realise that the preservation of jobs is as much their responsibility as that of employers. Most unions still resist changes to conditions of service, such as employees being required to work from home, and are not pushing for the reskilling of workers to be included in employment contracts.

Trade unionism is essential in the SA work environment. It is required to keep employers honest, fair and equitable, to maintain the balance of power. However, for trade unions to continue to add value for their members and companies, they must evolve. If they fail to adapt they will lose their relevance and slowly disappear. As surely as railways took over from horses, technology will take over from manual labour.

The Millennial generation, potential future members of trade unions, owe no allegiance to anyone or anything. Give them a value proposition they can identify with, or they will move on. This is the generation that is now entering the workplace in numbers. To remain relevant, trade union membership must be accompanied by a value proposition. The trade unions must adopt technology to be able to operate in a virtual world.

For their survival and relevance unions are advised to heed the call of Klaus Schwab, founder and executive chair of the World Economic Forum: “We stand on the brink of a technological revolution that will fundamentally alter the way we live, work and relate to one another. In its scale, scope and complexity, the transformation will be unlike anything humankind has experienced before. We do not yet know just how it will unfold, but one thing is clear: the response to it must be integrated and comprehensive, involving all stakeholders of the global polity, from the public and private sectors to academia and civil society”.

The radical changes to the workplace brought about by the Covid-19 pandemic are not about to be reversed, and for trade unions to remain relevant they will have to embrace the changes and work with the technological solutions provided by the 4IR. After all, it was not for a lack of horses that steam trains came about. Nor was it for a lack of railways that the internal combustion engine was invented.

• Dr Ngele, a fellow of the Desmond Tutu African Leadership Institute, is GM for people relations at Eskom. He writes in his personal capacity.

Tito Mboweni tells private conference Treasury will not give in to unions, ...

Tito Mboweni tells private conference Treasury will not give in to unions, ...