For starters, addressing issues around electricity, spectrum and public employment can, in the short-term, be achieved and make real change 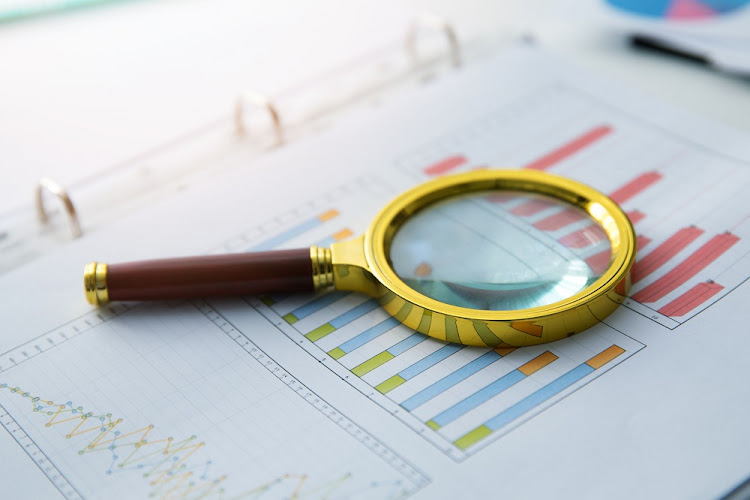 Will politics allow us to grow the economy again? This is the question I believe is the main issue on the minds of business people and investors across SA, and one I attempted to answer in a webinar hosted by Nedbank Business Banking last week.

To unpack the current and future socio-political landscape I’d like to clarify that the country has been in a demographic recession for the past six years. This is not a technical recession, but a recession in that the population grew faster than the economy: quite simply, our population growth rate of 1.6% means we made babies faster than the rate at which we generated cash flow.

It is important to understand that there is no country in the world that has been able to develop, grow and achieve a higher standard of living when per capita incomes are declining. While we still await last year’s stats, cumulatively speaking, incomes generated in SA last year were about 11% lower than they were at the beginning of 2015. No democracy can sustain that for an extended period: you start seeing occurrences such as the student unrest in SA, the Trump election in the US, and decisions such as Brexit in the UK. It’s impossible to get poorer and have more stability.

Our first hurdle, then, is growing the economy by more than 1.6% a year. 2021 marks a turning point with a predicted growth rate of 3.5%, so this year is not the issue. It is 2022 and the years that follow that matter, and the outcome is completely dependent on structural reform.

This structural reform depends on three things. The first is the ability to make a change in the economy — any change — that improves productivity. The second is to remove constraints (electricity is the obvious one, although there are others); and the third is to create a budget that provides sustainable deficits and debts in the long run.

My prediction is that, should his health hold, Cyril Ramaphosa will lead us firmly through another term in office

The problem with structural reform is that every time you change something or do something new you step on someone’s toes and they don’t like it. You have to fight vested interests, and that is very hard. But, to have economic growth in 2022 and beyond, we need to do the hard things.

I believe there are five areas for structural reform that will increase SA’s growth rate: electricity, spectrum, public employment, infrastructure, and railways and ports. I will discuss the first three in more detail as I believe they are achievable in the immediate future.

Electricity: This is the “elephant in the room” and an enormous constraint. However, I am positive about the changes taking place and view President Cyril Ramaphosa’s recent decisions regarding electricity as the most critical ones made to date.

Although load-shedding will be with us until 2022, the 5,000MW deficit in the electricity system is being met by private companies using solar, wind and gas, and this will change the picture radically. Eskom will lose its monopoly and, by 2030, coal will meet just 59% of our needs as opposed to 95%, which will be a game-changer.

Other things on the go, including embedded capacity and allowing municipalities to procure their own power, also bode well, and addressing the electricity issue yields three immediate benefits. First, you relieve a constraint on the economy; second, you stimulate investment through new industry; and third, there is a real possibility that Eskom’s debt can be paid off with green money, for which there is huge appetite globally.

That Ramaphosa had the vision to implement these changes and was then able to bring people on board despite huge resistance has been a remarkable political achievement.

Spectrum: While the proposed auction to open up the spectrum market to other providers has been delayed due to a high court ruling, this is simply another example of how difficult structural reform is in the face of resistance. I am certain that in six months’ time we’ll see some sort of settlement and spectrum prices will fall.

Public employment: In October 2020, the government committed to creating 800,000 low-wage jobs, which is a classic measure used to bring people into the economy with the hope that they will become productive earners. This programme, which has essentially been given the nod, is the right one for the country.

But what of corruption and obstructive characters derailing plans for positive signs towards structural reform? Here, one needs to look at the forensic evidence. ANC secretary-general Ace Magashule was firmly put in his place in June 2019 over the issue of nationalising the SA Reserve Bank. Other examples, such as the political response following the corruption surrounding personal protective equipment tenders and the recent parliamentary vote in favour of an inquiry into the public protector, show that Ramaphosa remains in charge of his party and his country.

My prediction is that, should his health hold, he will lead us firmly through another term in office.

What, then, does this mean for business people? While I haven’t considered the short-term outlook that affects businesses, such as interest rates and currency exchanges, the longer-term trends are positive. A number of opportunities for new industries exist, many of which will contribute to the critical structural reform that is needed for growth.

There is no doubt that the road ahead will not be easy, but for those who are willing to plan prudently and buckle up for the ride it might just be that SA’s best growth prospects are yet to come.

• Landman is a self-employed analyst on political-economic trends. He focuses on trends in politics, economics, demography and social capital.

The return of inflation

SA should be concerned about a possible resurgence in global inflation. But to the extent that this is caused by higher commodity prices, the ...
Features
5 months ago