In 2021, Brits who put their faith in the Tory leader and Brexit will get to decide if they were right to follow the man described as a sheep by many 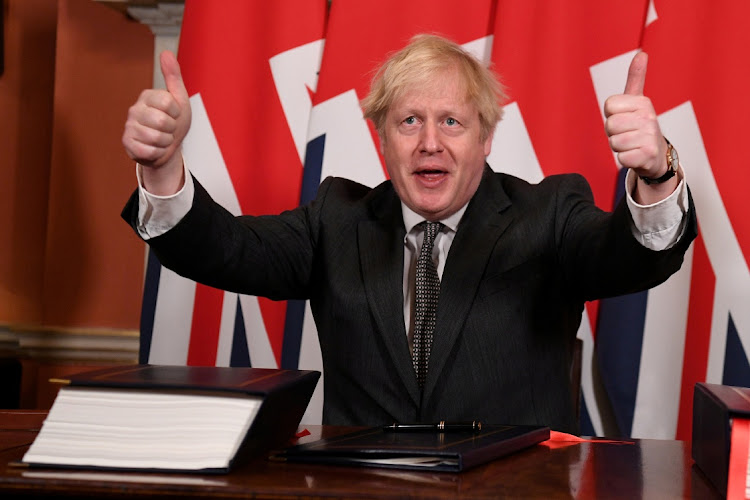 In 2019, Boris Johnson took power in Britain. In 2020, he took back control, leading his country out of the EU. In the year to come, those voters who made it all possible will be expecting to see some of the benefits he promised. They will ultimately provide the thumbs up or down on Johnson’s big Brexit project and legacy.

Constituencies in England’s northern and Midlands regions — dubbed the Red Wall because of their former loyalty to the opposition Labour Party — did for Johnson in the December 2019 election what voters in places such as Pennsylvania, Wisconsin and Michigan did for Donald Trump in 2016. One year on, those English voters are hurting. The north has suffered more Covid-19 deaths than the rest of the UK, and endured the pandemic’s devastating impact on education, mental health and employment.

These are the parliamentary seats that both the ruling Conservatives and Labour know are the key to future elections. “It is vital you make a donation today to protect our marginal Blue Wall MPs and our nation’s reclaimed independence,” reads a new Conservative Party e-mail to supporters. The Red Wall was repainted as the Blue Wall after it delivered 2019’s victory.

Johnson still has a higher approval rating than his three predecessors at this stage, but he can’t be complacent. In a November poll by JLPartners for Channel 4 News, the Conservatives had retreated significantly among Red Wall voters. In 2019, they led 48% to 39%, but Labour were ahead by 47% to 41% in the November survey. That, says pollster and former Downing street adviser James Johnson, would equate to the Tories losing 36 of the 45 “red” seats they nabbed in the election.

Some of this rebalancing is inevitable as 2019 provided perfect conditions for the Conservative leader. Two determining factors of his victory — support for Brexit and a dislike of former Labour leader Jeremy Corbyn — became irrelevant in 2020. Keir Starmer replaced Corbyn and began steering the Labour Party away from his hard-left, unpatriotic agenda. And Johnson struck his Christmas Eve deal with the EU, getting Brexit done.

But Covid-19 has made the political landscape more treacherous for the government. The third factor of the Tories’ 2019 success in the north — faith in Johnson himself — took a hit in 2020. While the prime minister gets points for his Brexit deal, most voters want to move on from that subject.

They put their trust in Johnson, believing Brexit would bring material benefits. While he can blame the pandemic to some extent should that fail to appear, that probably won’t carry him to the next general election

The pandemic has added to the urgency of Johnson’s big economic rebalancing agenda for England’s left-behind regions. Red Wall voters are predominately working class. Most live in towns rather than cities. For many, London’s a foreign country and not a particularly appealing one. Income and productivity in these areas are lower than elsewhere in England, and so is life expectancy. A previous Tory government’s move to a catch-all welfare system known as Universal Credit resulted in 48% of claimants from the Red Wall regions losing out.

However, to focus exclusively on material circumstances is to miss the importance of values, community and country to this group. Deborah Mattinson, director of BritainThinks and a former pollster for Labour prime minister Gordon Brown, has written a timely book on why Red Wall voters went blue in 2019. Her examination of three constituencies paints a more complex picture than the usual stereotypes.

What comes across is enormous resilience, increasingly challenging circumstances and palpable anger. There is deep scepticism about politicians but high expectations. Johnson catered to these voters’ dislike of immigration and the EU’s open borders, and by making big promises. That won’t cut it any more.

Mattinson, who recently re-interviewed many of those she spoke with for her book, thinks they won’t abandon Johnson straightaway. “If you’ve taken a very big decision to shift from voting Labour, as you’ve done all your lives and your parents have done all their lives, then you are quite invested in your decision,” she told me.

She found that while many have become more critical of Johnson, the most common description of him was “unlucky”. People felt the pandemic was a challenge and a crisis with which any prime minister would have struggled.

Still, the sympathy was tinged with disappointment. Johnson’s pandemic policy has been all over the place. People were confused, not just about what they could and couldn’t do, but about how government decisions were made. When focus groups were asked what animal Johnson reminded them of, a sheep was most cited. Johnson as woolly, directionless and chased from one position to another — by public opinion, his backbench MPs and his political and scientific advisers — does not suggest a decisive leader.

The prime minister must be careful that sympathy and disappointment don’t become ridicule and disdain. Comedian Matt Lucas, a presenter on the hugely popular The Great British Bake Off, went viral on social media with a Johnson impersonation that skewered all the mumbled non sequiturs and chaotic policymaking on the fly. “The things that we used to view as Boris’s strengths have actually become his weakness,” notes Johnson the pollster. People used to like that he was scruffy, bumbling and disorganised; now focus groups think it reflects badly on Britain.

Johnson is a master of re-invention so the digs won’t bother him too much. Mattinson’s findings and other studies from the Red Wall voters underscore that he’s right to make “leveling up” (a term Mattinson says they don’t recognise up north) a priority. For these voters, their support for Brexit was really the culmination of years of growing inequality and declining opportunity. The UK was one of the worst Organisation for Economic Co-operation and Development (OECD) performers for wage growth in the years before the referendum.

Delivering real change for northern voters will require more than speeches about National Health Service funding and other extra money. It will require heavy investment in infrastructure, education, retraining, apprenticeships and homebuilding. That will make fiscally traditional Tories very nervous, if not downright rebellious. Johnson will need to find ways to foster growth and innovation that are affordable and self-sustaining.

The situation will also demand some truth-telling from a prime minister who prefers to gloss over inconvenient facts. The idea that Britain might be worse off by not being in Europe’s single market was incomprehensible to Red Wall voters who felt disadvantaged by globalisation. They put their trust in Johnson, believing Brexit would bring material benefits. While he can blame the pandemic to some extent should that fail to appear, that probably won’t carry him to the next general election.

As he rings in a new year, Johnson has all the power, and all the responsibility. There’s no-one else to blame now.

The grueling, relentless discussions to arrive at a very thin trade deal is simply a taste of what’s to come
Opinion
9 months ago