Spaza shops are overlooked despite huge contribution to economy

Government neglects a sector that employs millions of people and adds 5.2% to SA’s GDP 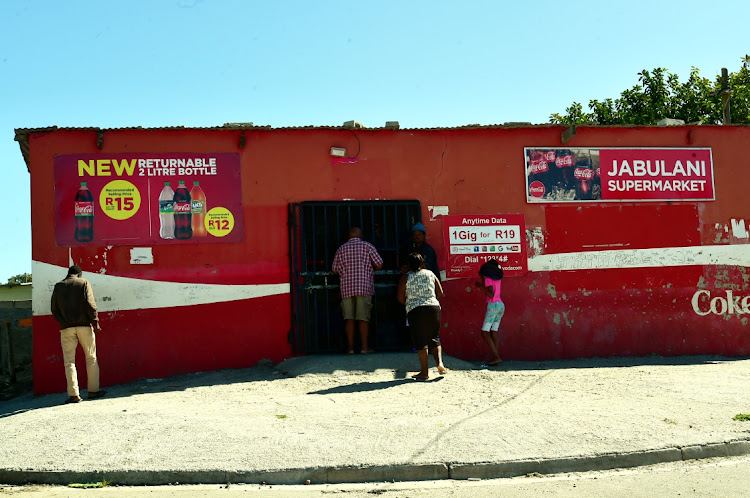 The informal economy contributes about 5.2% to SA’s GDP and employs more than 2.6-million people, many of them women. Spaza shops alone contribute millions a year to the national fiscus. Why then are these economic contributors so often overlooked by the government, receiving little support and inclusion in the greater economy?

This has been particularly apparent during the Covid-19 pandemic. While formal small, medium and micro enterprises (SMMEs) received stimulus packages and the government put measures in place to help prevent businesses having to close down, with the loss of jobs, the informal economy was largely ignored, compounding the negative effect on the most vulnerable of our society.

While the government has launched a spaza relief fund for stock purchases, it comes with strict conditions. The reason for this is that it’s easier to help the more established, formal economy. Members of the “shadow” economy are unlikely to be registered either nationally or regionally, are generally cash-based and are therefore perceived not to pay taxes, and to tend to have loose relationships with employees.

However, the truth is that the informal and formal economies are inextricably linked and interdependent. The goods informal traders sell, such as tinned food or fresh fruit and vegetables, come mainly from the formal sector’s multinationals and are thus an important part of the national supply chain. Informal traders also pay VAT but cannot claim it back as they are not registered vendors, which debunks the myth that they operate tax free.

We also need to debunk the myth that informal traders are poor people who have no options. There are those who are unemployable, largely due to a lack of access to opportunity, but the formal economy is tiny by comparison to the population, and cannot employ all South Africans who need to work. The growth of the informal economy is thus a natural evolution and necessity.

We need to respect the fact that informal traders are trading at all, under difficult circumstances that have been worsened by the pandemic, and are making an honest living and contributing their part to the national economy.

Many of those operating in the informal economy are willing to pay taxes and municipal licence and service fees, but this requires that they have legal, social protection and access to support services, which are largely out of their reach at present.

If we consider the significant contribution the informal society makes to the fiscus we should be asking what type of support traders need, both now and in the future. Looking back over the past 20 years, attempts to accommodate the informal sector have largely been unsuccessful. We need to ask what can be done to redirect and divert funding within cities so it reaches those in need.

For example, consider that every municipality has a metro police service. Imagine that they used some of their budgets to employ bobbies on the beat in critical areas of towns and cities where informal traders operate. When taxi ranks are built informal traders should be consulted, but they frequently are not. This is basic urban management that is needed to provide support for informal trading.

Making infrastructure such as shelter, storage facilities and sorting space available, as well as the most basic needs such as running water and toilets, can go a long way towards enhancing the safety, health and security of informal traders and recognising their contribution to the economy.

We need to stop patronising the informal sector and the many millions who operate within it, and come to an understanding that they play a significant part in the upliftment of our society as a whole. We need to reframe our approach, and policies, from those that see these traders as a problem to be solved to those identifying potential opportunities ready to be unlocked.

• Adam is a SA Cities Network board member.

The same funding criteria that have been in existence for years are still being applied, even in times of Covid-19; here’s how to change that
Opinion
11 months ago

Yebo Fresh: Getting groceries to kasi doorsteps the modern way