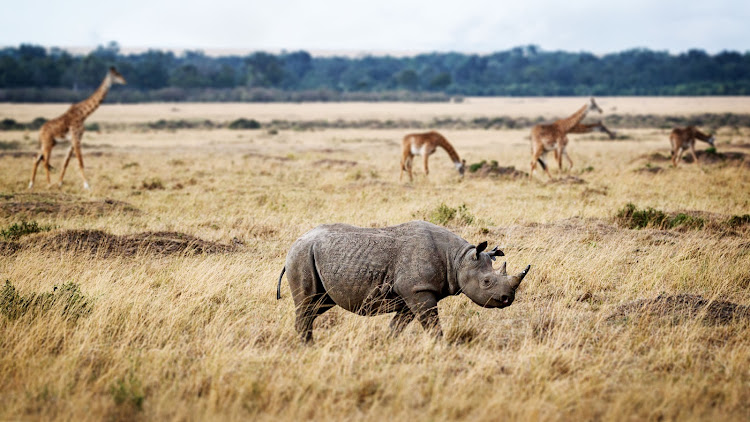 As the current high-level panel process established by environment, forestry & fisheries minister Barbara Creecy continues its deliberations, it is vital that the real results of the ban on international trade in rhino horn are scrutinised.

The ban introduced by the Convention on Trade in Endangered Species (Cites) in 1977 has not served the rest of Africa’s rhino well either — rhinos were present in more than 29 African countries when the ban came into effect — since then they have become extinct in 24 of those countries.

We have followed a largely tourism-based model to produce the funds required (on top of state funding) to protect our rhinos. This approach to rhino conservation is patently not working; we may already be on the path to extinction where there are more rhino dying than are being born. Tourism is an industry easily and often affected by extraneous shocks — economic downturns, security concerns and now the Covid-19 pandemic. It is simply not a sustainable approach.

The power of capital must be embraced to make protecting and growing our rhino population financially sustainable. To do this the ban on international trade in rhino horn needs to be reviewed. The trimming of rhino horn is a proven method of reducing poaching. The rhino suffers no ill-effects and its horn simply continues growing; in fact, a rhino produces the equivalent of about seven horns in its lifetime.

The next step is to allow those custodians who trim rhino horn to be able to sell and trade this legally to make their efforts financially viable. Non-trimming rhino custodians, such as Kruger Park, should be allowed to sell the horns of rhino that have died from natural causes or recovered from poachers.

Some argue that opening up international trade will incentivise poachers to intensify their activities. However, we are facing an inexorable slide into extinction for rhino. Something new has to be tried.

A 2018 study involving 53 participants from 14 SA rhino stakeholder groups formulated four scenarios when considering a review of the ban on international trade:

However, this particular zone is facing financial ruin as a result of not being able to sell the horn that is trimmed. If the ban was lifted, the sale of trimmed horn would enable the intensive protection zone to defray the exorbitant costs of effectively guarding rhinos against poachers.

The state has also sought to consolidate its rhino populations by moving them from smaller protected areas to protection zones in Kruger Park. However, poaching continues and rhino numbers have more than halved in Kruger over the past five years. The cost of the high-level protection of rhinos is simply unsustainable for the public sector as well. Again, the main winners from the ban are the poachers and illicit traders. The main losers are the rhinos and those who protect them.

There is also the possibility that while rhino custodians have the funds for more security and better anti-poaching efforts, poachers coalesce into fewer, more-professional teams and an arms race results between custodians and poachers. This is, however, a very unlikely scenario. Private protection zones that have managed to fund cutting edge security have successfully stopped poachers. With a sustainable source of funds they would be able to maintain this over the long term; poachers would simply be cut off from any potential supply.

The majority of the 53 stakeholders cited the Golden Circle scenario as the best and Besieged as the worst outcome for both their own stakeholder group as well as for most other groups. The Besieged scenario is our lived reality at present, but we can move to the Golden Circle if there is the will to make it happen.

Time is rapidly running out for our rhinos. The solution to saving them lies with their horn, which can be humanely trimmed and sold in a tightly controlled, responsible, legal manner. Let’s make it financially sustainable for those brave South Africans who work tirelessly to protect and increase the numbers of these magnificent species. Let’s embrace innovation and chart a pioneering path that could serve as a model for many other endangered wildlife species.

• Dr Wiltshire is a postdoctoral fellow of the African Wildlife Economics Institute of the University of Stellenbosch.

Established by the environmental affairs department, the committee will also review elephant culling and trade in rhino horn
National
1 year ago

Rhino may find refuge in the ‘impact bond’ market

A $50m, five-year bond is the first financial instrument for species conservation, and will cover five sites in SA and Kenya
National
2 years ago

Mainstay of wildlife tourism under fire from animal welfare activists

Activists see interaction with wild animals as cruel, but walking with predators and riding on elephants attract hundreds of thousands of tourists
National
1 year ago
Next Article