SIPHO MILA PITYANA: Social compacting has shown its worth, but now we must bite the bullet 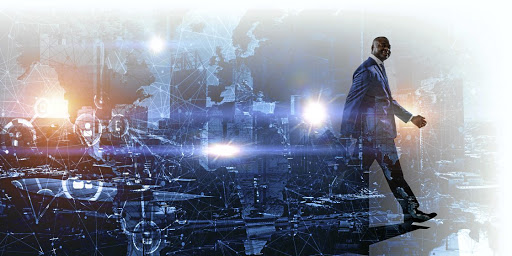 The road to the development of SA’s new economic recovery plan has been a long one — but it has been worth it, not least because it has proven, yet again, that the solution to many of the country’s problems lies in social compacting.

Business’s input into the plan was channelled through Business for SA (B4SA), which united organised business in an unprecedented way. Compelled by the pressure of the Covid-19 economic meltdown, we saw Business Unity SA, Business Leadership SA, the Black Business Council and other formations bury whatever differences they may have had to focus on one thing: SA’s economic survival.

Even in coming together as business we sought to appeal to the patriotic instincts of all our members and beyond. We invited organised business to put the country ahead of the narrow pursuit of profit and sustainability of individual enterprises. It did not disappoint: a historic unity of purpose caused us to lead the charge with the establishment of the Solidarity Fund, donations in cash and kind, including supplying essentials such as water tanks, and making available facilities to expand health-care provision.

Business brought to use its expertise, skills and other resources to put forward a set of solid and well-considered proposals for economic recovery. These proposals are not about short-term fixes and profiteering, but an agenda for a sustainable inclusive economic recovery strategy that tackles unemployment, poverty and inequality.

We’ve introduced a business voice that is not about the winner takes all, but one that says it is possible to win together.

Through it, we’ve introduced a business voice that is not about the winner takes all, but one that says it is possible to win together. In so doing, business has earned its place at the table as a worthy social partner.

Of course, it has taken much more than our own work to ensure the development of joint solutions. Here we must pay tribute to President Cyril Ramaphosa for his leadership. Yes, there have been times when we felt leadership was lacking. But we cannot deny that as the pressure of the pandemic began to recede in recent weeks, the president has stepped up — as he did at the beginning of the pandemic — and the necessary action has largely been taken.

We appreciate, too, the spirit with which organised labour and community representatives approached the discussions, and their commitment to shaping a shared future. This bodes well for the future of social compacting.

We are not out of the woods yet. Much unfinished business remains. But we now have a commitment from all social partners that will lead to progress in significant areas of economic recovery once the plan has been approved by the cabinet.

It has been a long time since we saw such collaboration, particularly on a critical issue such as economic growth, and we deeply appreciate the commitment of all involved.

The imperative for the government now is implementation. And that must begin, with urgency, the moment the cabinet has signed off on the plan in a few weeks.

It is time to bite the bullet. We can no longer afford stalled policy reform as it erodes the economy’s potential growth and its global competitiveness. We cannot continue to spend more than we raise in taxes indefinitely.

We also need to keep our eye on the horizon, and on the medium- and long-term priorities that should be addressed. In so doing we should acknowledge that there has never been a more urgent need for a continued social compact in SA in which all stakeholders concede to endure some short-term pain, than there is now.

Eskom is a typical example. SAA another. The problems besetting these organisations, and their impact on the rest of the economy, can no longer be ignored or left in the hands of one or two social partners. In Eskom’s case, we should embrace the significance of the framework agreement that has been developed for a social compact on supporting the power utility. If we all get involved in making this work we will hopefully ensure that the vexing question of power supply will be dealt with as quickly as possible, and conclusively and inclusively.

But it will only happen if we carry through on our commitment to social compacting. If the key word for the government now is “implementation”, for all of us as social partners in Nedlac it must be “engage”. We have to engage, on as many levels as possible, to ensure solutions are found through social compacting.

Business’s journey in solidarity with society is not yet over. The foundations of a meaningful social partnership are solidly laid in the difficult and testing times of the kind we are going through. As business, we dare not fail the nation. And neither can our fellow social partners in the struggle for economic survival.

SA’s wheels will just spin in the mud if it produces plans without specifics such as costs, responsibilities and timelines
Opinion
9 months ago

PETER ATTARD MONTALTO: What is the point of a profoundly broken reform machine?

CLAIRE BISSEKER: If reform does come, the government will have to sprint from a ...

CLAIRE BISSEKER: If reform does come, the government will have to sprint from a ...