Dogged reference to the number of hectares transferred ignores the connections between people and nature, and will ultimately result in social justice failure 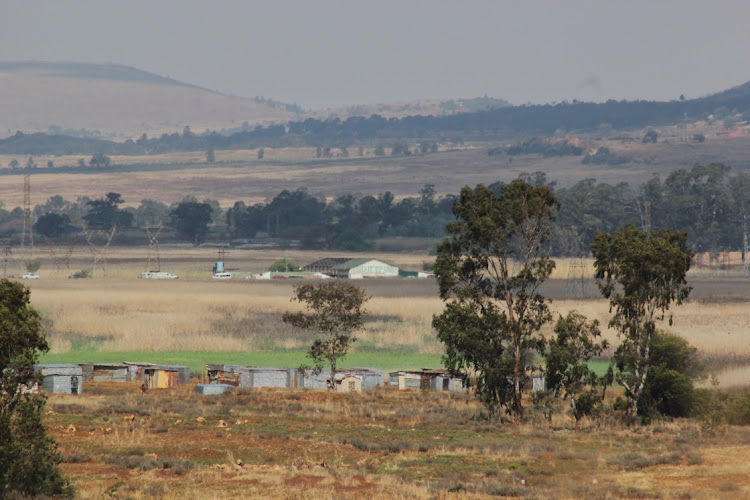 The writers argue that a broad consideration of equitable benefits needs to go beyond simply who has access to the land. Picture: GALLO IMAGES/FANI MAHANTSI

Land reform is central to SA’s quest for social justice. During apartheid, land was concentrated in the hands of the white minority. Black people were dispossessed of their land and excluded from land ownership.

After democracy in 1994, SA policy was developed to restore dispossessed land rights (restitution), upgrade the rights of those with insecure land tenure (reform), and transform the racially biased land ownership patterns (redistribution). Despite government policy and intention, the land reform process has been fraught with inefficiencies and corruption. It is estimated that to date only 9% of farmland has been transferred.

In fact, land dispossession actually increased in the first 10 years after the end of apartheid compared to the previous decade. Land reform programmes have focused on farming, especially capital-intensive farming. They have neglected other ways of making a living and failed to recognise the beneficiaries’ aspirations and capabilities. The result has been “unworkable and prone-to-collapse projects”. The land reform programmes have also yielded little benefit for marginalised groups.

We argue in our research that current land reform strategies focus too narrowly on agricultural outcomes and transferred ownership. The strategies ignore something that’s critical for achieving social justice: the connections between people and nature.

Socio-economic development and human well-being are intimately intertwined with ecological health. How people use land influences ecosystem function. This determines future land use options for people.

The ability of land to provide what people need and want depends on its past and its future. Land that has been eroded by previous use will need a lot of help to become productive. Land that is suitable for agriculture now may not be in future because of climate change.

Land is more than just food

Land reform discussions haven’t said much about the diverse relationships between people and nature. They haven’t included the multiple functions that land offers humans, beyond its agricultural potential. The success (or failure) of many land reform programmes is measured in hectares of farmland transferred. This approach portrays the land as uniform, static, independent from its socio-environmental context and disconnected from future beneficiaries and broader society.

This diversity of benefits serves not only the people who have access to the land, but also the broader society. Changes to land use alter the extent or variety of these benefits

We argue that this narrow focus undermines the goals of equitable and sustainable land reform. We explored the options and implications of thinking more broadly about land reform planning beyond agricultural solutions.

For many, land is the cornerstone of their identity. It provides a sense of belonging, an attachment to a place that’s “home” and associated with their culture.

The multiple possible benefits derived from land suggest multiple possible uses. Beneficiaries of a land reform programme may be able to use land in ways other than farming. The state has explicitly emphasised maintaining agricultural productivity and food security during the land reform process. This limits the function land should provide, especially in the land redistribution models. The state should support a variety of livelihood options, especially on land with low agricultural potential.

As recognised by a recent report from the presidential advisory panel on land reform and agriculture, access to water may not be equal on all properties. This may severely undermine agricultural potential. Policies need to acknowledge other characteristics of land potential, such as soil fertility, topography and rainfall, as well as cultural importance.

Land with high aesthetic appeal, for example, may be more suited to ecotourism while land close to urban centres could provide rental income.

This diversity of benefits serves not only the people who have access to the land, but also the broader society. Changes to land use alter the extent or variety of these benefits.

If restituted land remains within a national park, it conserves the environment for future generations. But that’s traded off against financial, cultural and spiritual losses of previous landowners.

Land potential also varies over time. Past land management may have degraded the land’s potential to support agricultural production. Current mismanagement of land has the potential to disadvantage future generations reliant on that land. Discussions on what land should be redistributed have mentioned “unused” or “underutilised” land, which may be unused precisely because it’s not suitable for agriculture.

Future land benefits will also be affected by climate change. It’s predicted that most of SA will become warmer and drier. This is problematic for land beneficiaries who want to farm.

The ways of using the land, including current farming practices, will have to adapt to ensure current and future equity and sustainable livelihoods.

Land reform strategies need to consider each land parcel’s ecological potential and socio-economic context to ensure equitable distribution beyond just land hectarage. Land reform programmes thus need to be highly context-sensitive and localised. Specialists must determine land potential given the context, and take into account what beneficiaries want and can do.

Practically, the state extension services that support landowners need to be given the capacity to provide information and support beyond agriculture. A tall order, but ignoring the connections between people and nature will ultimately result in social justice failure.

Climate change, biodiversity loss and land degradation form the backdrop against which land reform is happening. Yet, ecological collapse and the repercussions for human well-being are not included in the land reform debate. Such policies will undermine benefits to future generations, and ecological collapse on marginal land can entrench disadvantage.

A broad consideration of equitable benefits needs to go beyond simply who has access to the land.

• Mograbi, De Vos, Shackleton and Bezerra are with Rhodes University; Clements and Maciejewski are with Stellenbosch University; and Coetzer is with Wits University.

Just 15,000 of 50,000 applicants have been approved for agriculture relief payouts to small-scale farmers
National
10 months ago

As partners in developed economies move towards a cleaner future, we need to make a plan
Opinion
10 months ago

An analysis suggests that for $20 a person per year, it’s possible to eliminate net carbon emissions from the US power grid within 30 years
Opinion
10 months ago