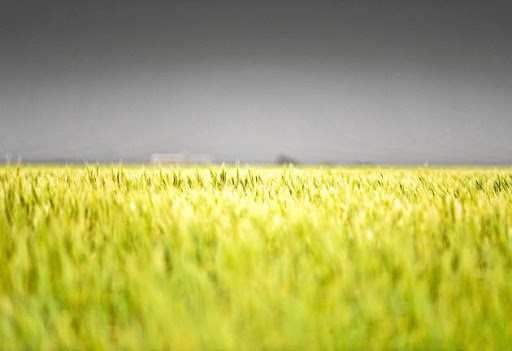 The fight for land is at the heart of the fight for economic justice and the ANC and DA should wake up to this fact, writes Carol Paton, citing the recent spate of illegal land occupations (“Land is the real life-and-death politics of SA”, August 31).

The DA is alert to the importance and urgency of redressing the spatial legacy of apartheid and colonialism, which have left SA with a deeply inequitable distribution of land and economic activity. We are committed to building a fairer SA where more and more people and households have access to economic opportunities, including to land and home ownership.

We do not, however, agree with Paton’s assertion of a “central dilemma contained in the constitution: how to protect private property rights while giving meaning to the right of the poor to access housing”. On the contrary, the DA believes economic justice and secure private property rights are mutually reinforcing rather than competing imperatives.

For one thing, effective land reform and housing initiatives require a growing economy with growing tax receipts that can fund such programmes. Nothing will kill investment in SA’s economy as fast as expropriation without compensation, and other such policies that undermine private property rights.

For another, secure private property rights are central to successful land reform, where emerging farmers gain not only secure tenure over land but also the support and collateral necessary to farm it productively.

We strongly disagree with the ANC and EFF approach to land “justice”, which envisages the state as the owner of land and “empowered” black farmers as tenants of the state. Without title deeds to the land they farm, emerging farmers will be unable to raise loans to purchase seed or livestock using the farm as collateral, as most farmers do. Instead, they will remain beholden to the whims of ANC authoritarianism.

David Rakgase had to wage an 18-year battle with the government before he was finally able to buy the land he has farmed for 30 years — after a successful legal challenge financed by the DA.

With respect to urban housing, the DA has sought to promote a fair, orderly system whereby housing lists and title deed transfers are transparent, efficient and apolitical. The right of the poor to access land and housing does not equate with the right to illegally occupy land that is earmarked for other poor people who are higher up on the waiting list.

The DA-run Western Cape government has a year-round build programme developing a range of affordable housing options that are close to economic and educational opportunities and public transport routes and will enable residents to build lives that they value, for themselves and their families. These projects are severely hampered by organised land invasions, which are in effect illegal attempts to jump the queue. Many such land grabs are politically motivated and part of a broader campaign to render the Western Cape “ungovernable”.

Among the Western Cape projects that seek to deliver connected social housing opportunities is the Helen Bowden Nurses Home site, part of the Somerset Precinct close to the V&A Waterfront in Cape Town. Progress has been completely stalled by the continued unlawful occupation of the site since 2017, as initially encouraged by the groups “Reclaim the City” and “Ndifuna Ukwazi”. The real victims, of course, are the law-abiding poor who lose out on housing opportunities.

Nor is unfettered vagrancy a solution to urban land injustice. On the contrary, it destroys the fabric of a city, devaluing land for all races, deterring investment and job creation, and denying everyone the right to access clean, safe public spaces. Appropriating public facilities for one’s private use is by definition illegal and therefore inimical to the rule of law.

Vagrancy is a complex challenge with no easy answers. But giving individuals free rein to set up home in public spaces is certainly not the answer. There are several shelters in Cape Town offering food, accommodation, and assistance with rehabilitation into society, but many homeless people opt to inhabit public spaces, in some cases because they want the freedom to pursue their drug and alcohol addictions.

The recent court ruling that issued an interim interdict barring landowners, including the City of Cape Town, from removing empty, unoccupied structures without a prior court order could set a damaging precedent in SA. It is now almost impossible for landowners to protect their property from unlawful occupation. By the time landowners have obtained a court order, the illegal occupiers would have moved into their structures and then removing them becomes an expensive legal matter.

The unintended negative consequences of this short-sighted ruling will be severe, since it will give rise to even more illegal occupancy, clogging up the courts and therefore making it even more unlikely that a timeous court order will be granted. As usual, the burden will fall most heavily on law-abiding poor citizens, who will lose out on housing, work, and service delivery opportunities. Poor landowners who cannot afford to take legal action will be most vulnerable to illegal invasion. The city will appeal this disastrous ruling, which so undermines the rule of law.

The DA is committed to land justice, and to an SA in which every family has a home. We believe this will only be achieved if our society embraces the rule of law and private property rights. Moreover, SA’s land and housing problems cannot be solved in isolation.

As a nation we need to embrace sound economic principles that will grow our economy and tax revenues and open housing, work and ownership opportunities to more and more people. Private property rights and the rule of law are an essential precondition for economic growth and economic justice.

The deal applies only to about 200 farmers who were protected by agreements between Zimbabwe and other countries at the time the state acquired the ...
World
10 months ago

CAROL PATON: Land is the real life-and-death politics of SA

Access to this resource is at the heart of solving the apartheid legacy, and the ANC and DA should wake up to this fact
Opinion
10 months ago