Reducing community transmission of Covid-19 might mean reimposing some lockdowns, and may mean shutting pubs so schools can stay open 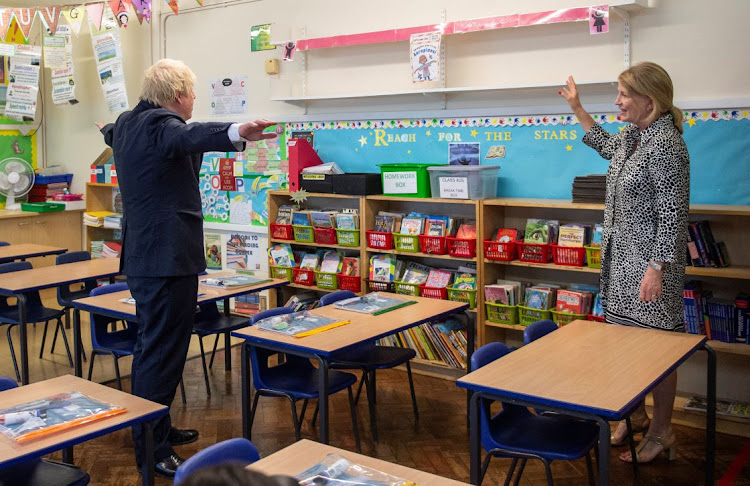 September is being cast as a fresh start for the Covid-19-battered UK. Children will return to school, their parents can resume disrupted work lives and Britain’s economy can begin to right itself. Is there anything a shiny new pencil case can’t fix?

“Even as adults, that feeling of going back to school after the summer often stays with us,” wrote education secretary Gavin Williamson in The Sunday Times newspaper. “This year it’s an opportunity to feel a sense of normality again.”

Back to normal sounds like a place you want to be right now. And you can hardly blame Boris Johnson’s government for wanting to move past its recent exam fiasco and other virus-related missteps. But changing the narrative will take more than just changing the conversation. A poll for MailOnline last week found almost a third of British parents said they don’t feel comfortable sending their children back, despite the prime minister’s claim that it’s a moral duty. That’s hardly surprising given that the country’s repeated Covid-19 failings have made people more worried about the threat that the virus poses.

Nobody questions the goal of reopening classrooms. But keeping schools operating as virus cases rise will be the ultimate test for governments everywhere of whether their transmission detection and control systems are adequate. Trust in Johnson’s administration has held up surprisingly well despite all the mistakes and U-turns, although confidence in his leadership on Covid-19 is only marginally better than Americans’ faith in President Donald Trump.

And schools are a special case. The cost of getting it wrong for young people — in economic terms as well as for individual children — will be enormous. Another Johnson bungling won’t be forgiven.

One thing seems sadly inevitable: without adequate testing and tracing to help isolate infections, Britain will suffer a serious second wave of the pandemic this UK autumn.

In a recent article in The Lancet, the authors modelled scenarios for different classroom reopening strategies. They found that for full-time schooling to return safely, the country would need to have a much more rigorous system of testing for all of its citizens to contain the spread of the virus from children to adults.

The study estimated that three quarters of Brits with symptomatic infections would need to be tested and isolated, with 68% of their contacts traced, if full-time schooling were to proceed without contributing to a second wave. Is the country’s health system really ready to deliver that?

Alarmingly, the authors reckon that full-time schooling — without that recommended level of community testing — would lead to a second Covid-19 wave that’s at least twice as big as the first UK outbreak. We know by now that the predictive value of such modelling depends on the parameters set and the data that goes into it. But if it’s in the ballpark, the findings suggest that keeping schools open will depend more on what happens outside their gates as within them.

The biggest factor in allowing classes to reopen safely is keeping the transmission rate in the wider community low. It’s a simple concept: when there are few infections in a local area, there’s less chance for Covid-19 to spread through our children. Preliminary analysis of schools in South Korea found no significant increase in cases in the two months since classrooms reopened and very few cases that arose during May and June among school-aged children originated in the schools.

Britain’s starting point on community infection rates is better than that of the US. About 1.5% of the 431,268 Brits tested between August 6 and August 12 were positive; it was about 6.3% at the time in the US (a level that makes school infections a near certainty). Unfortunately, infection rates are rising in Britain.

And UK case numbers are not evenly spread. Leicester, which had to lock down again after a spate of new infections, saw 50 cases per 100,000 residents in one week in August, compared to an average of eight cases per 100,000 in England overall.

Britain has made progress with its test-and-trace programme, but it may not be comprehensive or fast enough to respond to a sudden spike. Results often arrive after more than 48 hours. Contact-tracing still needs to improve. Concerns that the tracers weren’t reaching enough people led the government to switch to a locally based system.

Johnson will also have to make quick decisions if infection rates rise. Reducing community transmission might mean reimposing some lockdown restrictions nationally or in certain areas. That may mean shutting pubs so schools can stay open.

Brits still trust their country’s institutions, and even international ones, but that could be depleted if infection rates within schools and communities rise too sharply, if teachers feel vulnerable and if the UK is forced to close classrooms again. For Britain’s pupils to stay in class, their government will have to show a significant improvement on past performance.

New trade deals with EU, US and other partners remain elusive, while promised agreement with Japan is stuck
Opinion
7 months ago

After the law was adopted, Western media carried numerous reports full of misinterpretation, and even distortions, writes Zhongdong Tang
Opinion
7 months ago
Next Article