In countries with endemic corruption, such as SA, governing elites loot because they don’t see it as wrong — and because they get away with it 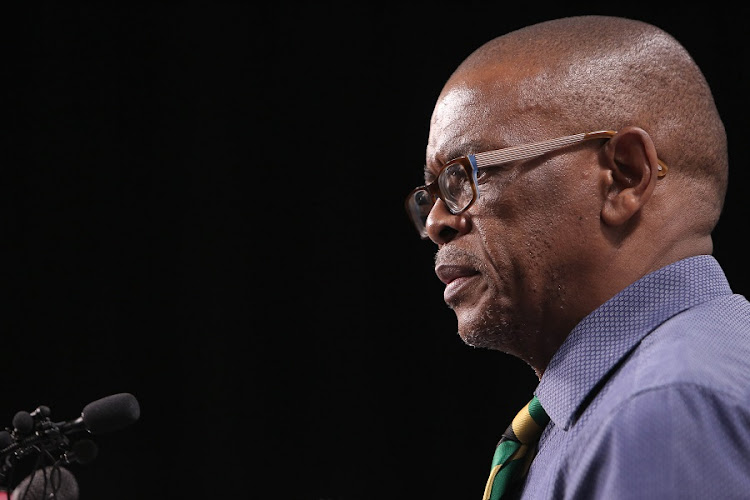 What do Bilal Erdoğan, Isabel dos Santos and María Gabriela Chávez have in common? Two things. One is that they are all incredibly wealthy, and the other is that they are all children of current or former presidents (of Turkey, Angola and Venezuela, respectively). And these two things are very connected.

It’s a pretty accurate rule of thumb that where the children, wives and husbands of world leaders do exceptionally well in business it generally doesn’t take much scratching to unearth a rot of corruption. Our very own Duduzane Zuma did not amass his fortune at that tender age thanks to his extraordinary business acumen.

In countries where government corruption is endemic, the governing elites loot because they can. Years of deliberate dismantling of investigation and prosecution bodies — and in some cases the judiciary — make it possible for them to get away with it.

But they also loot because many of them don’t actually believe it’s all that wrong. Among this elite there is often a genuinely-held view that access to wealth through the state is one of the spoils of war. If you’ve clawed your way onto an upper rung of the ladder you’re somehow entitled to the perks of the position.

These are predator governments. They prey directly on the people they’re meant to serve, because the money they hoard carries a substantial opportunity cost for communities that depend on government services and social assistance for their survival. Very often this cost is the lives of the nation’s poorest citizens. Corruption is not, as former president Jacob Zuma once tried to argue, a “victimless crime”.

It’s easy to spot such predator governments, because after a short while in power all shame evaporates and all pretense is abandoned. The idea of being caught out and exposed is no longer a deterrent, and the only handbrake on the looting is whatever remains of the country’s rule of law.

This is when we see politicians unashamedly living it up far beyond the means of their supposed income. It’s when we see factional battles waged for access to these riches, which often include political assassinations. And it’s when we see a relentless feeding frenzy for the Holy Grail: government tenders and contracts.

The difference between the Western Cape’s Covid-19 response and the rest of the country is the cost of corruption. It is costing the lives of SA citizens, and we have to end it

Sound familiar? Unless you’ve been living under a rock for a couple of decades, you will clearly recognise the ANC government in all of this. Across all three spheres of government it has become synonymous with corruption, tender fraud and BEE-enabled price-gouging on a massive scale.

The big stories easily spring to mind: the arms deal, state capture, Nkandla, Bosasa. But it’s the thousands of little stories of procurement looting — euphemistically called “tenderpreneurship” — across every ANC-run province and municipality that has really bled our country dry. If there’s a scam out there, the ANC has either invented it or perfected it.

And now, in a new low, the ANC has added pandemic looting to its corruption resume. In recent weeks we learnt how emergency personal protective equipment (PPE) procurement became a free-for-all for the families of high-ranking ANC members. Because that’s how it’s done, with one degree of separation. It’s always a husband, wife, son or daughter who scores the windfall. And thanks to the “emergency” nature of this government spending there was no requirement for competitive pricing, which cadres duly exploited with massively inflated prices.

The cost of this looting couldn’t be higher. Inflated prices means less PPE and other equipment, and so hospitals are constantly running out, forcing healthcare workers to wash and re-use disposable equipment and even fashion their own protective gear from everyday items such as rubbish bags. Sub-standard equipment supplied by get-rich-quick cadres with no history in this kind of work also poses a life-threatening danger to healthcare workers.

This looting involves hundreds of people and scores of companies established only months ago to get in on the action. But predictably it is the names of close family members of top ANC politicians that always float to the top of the cesspool, many of whom are already embroiled in earlier corruption sagas.

Two of Ace Magashule’s sons, who were also central characters in the Gupta looting of the Free State, have suddenly become PPE suppliers. The daughter of Nomvula Mokonyane, who also benefited from her mother’s many Bosasa bribes, is now also a PPE supplier. Even the son of President Cyril Ramaphosa, who famously ended up on the Bosasa payroll the moment his father became president, has landed himself some business modifying Gauteng taxis to make them coronavirus-compliant.

It is brazen and shameless, and evidently a large portion of the ANC think there’s absolutely nothing wrong with it. Ramaphosa faced massive pushback in the ANC national executive committee when he suggested it relook the rules around families of politicians doing business with the state, and there was no shortage of ANC defenders for Magashule’s sons and Mokonyane’s daughter.

When then ANC spokesperson Smuts Ngonyama said back in 2004 that he “did not join the struggle to be poor,” he was speaking for the party. But while this endless looting by the ANC and their network of cronies feels like it has infected our entire country, there is, in fact, a part of SA that has been bucking this trend with remarkable results. The DA government in the Western Cape has long prided itself on achieving clean audits from the auditor-general, but it’s not always that easy to show the direct link between clean governance and better service delivery.

However, the Covid-19 crisis has shone a spotlight on this. While other provinces turned emergency procurement into a feeding frenzy for connected cadres, the Western Cape government published all the recipients of its Covid-19 procurement tenders on a public portal, because it has nothing to hide.

While other provinces now have to scramble to explain the actions of wealthy tenderpreneurs who occasionally moonlight as government officials, the Western Cape government conducted lifestyle audits of its cabinet members, all of whom passed the test.

And while all other provinces have a dire shortage of hospital beds, a critical lack of PPE, and hospital patients fighting each other over precious oxygen supply, the Western Cape reached its peak with room to spare in its hospitals, which included four fully equipped field hospitals.

The difference between the Western Cape’s Covid-19 response and the rest of the country is the cost of corruption. It is costing the lives of SA citizens, and we have to end it. There is no working around corruption if we want to save our country. It has to be cut out entirely.

We need to stop justifying it. There is never a legitimate level of tenderpreneurship. There is no such thing as “earned reward for the struggle”. Public service should be its own reward, and if the salary is not enough then it probably isn’t the right line of work.

We need to stop ignoring it. Just because it is relentless and exhausting doesn’t mean we can ever stop fighting it. If our country is worth fighting for, then we have to draw the line in the sand — even if it means drawing the same line every day.

And we need to stop accepting that corruption is part and parcel of our country’s future. It may be baked in to the DNA of the ANC, but it doesn’t have to become baked into the DNA of SA. If the Western Cape’s virus response has taught us one thing, it is that clean, transparent government is entirely possible. You just need to vote for it.

• Steenhuisen is the DA interim leader.

CAROL PATON: Cyril may get cross, but his state and party will stay corrupt to the core

‘Business unusual’ has created opportunity for fraud, and it’s going to get worse

The president will be forced to prove his committment to root out corruption if parliament debates the misappropriation of funds relating to Covid-19 ...
National
1 year ago
Next Article