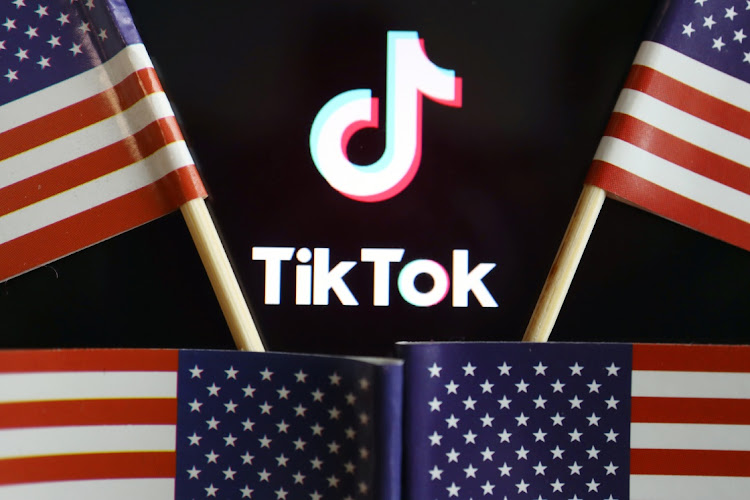 US flags are seen near a TikTok logo. Picture: REUTERS/FLORENCE LO

President Donald Trump has a plan that is sure to make plenty of teenagers unhappy: ban the video-sharing app TikTok to punish China for its handling of the corona crisis.

Beijing-based company ByteDance purchased what is now TikTok three years ago, and the platform has since surged in popularity. More than 175-million people in the US have downloaded it; Generation Z in particular has adopted it as a go-to. Axing the app would deprive Americans of a favourite outlet for free expression.

Yet TikTok’s provenance does pose real privacy risks that shouldn’t be ignored, which is why treating the tool as a geopolitical cudgel rather than engaging in a thoughtful assessment about its role here is exactly the wrong approach.

TikTok’s connection to China invites legitimate concerns about data mining. Though TikTok is mostly goofy lip-syncing and perplexing meme-making, it collects far more than what its users post — from IP addresses and locations to browsing histories. This is true of most social media sites, and the surest guard against the practice would be a sensible federal privacy law.

But most social media sites in the US aren’t under the thumb of an authoritarian regime. Certainly, allegations of a real-time information pipeline to the politburo are far-fetched; no evidence exists to show that TikTok has given information to the Chinese authorities yet. But the question isn’t only what has happened; it’s what could happen. President Xi Jinping’s government does have the ability to demand data of domestic firms, leaving them little option but to comply.

These worries would make it reasonable for the federal government to bar employees from downloading TikTok, as the military has already done. Whether it’s reasonable to prevent everyday Americans is a more difficult question. Today’s meme-making 13-year-old could admittedly be tomorrow’s intelligence analyst with a high-level clearance, and it’s possible that a cache of knowledge about young people’s habits could prove useful in future election interference efforts. These questions are precisely those the ongoing national security review of TikTok should answer — as well as whether any threats could be addressed through a change in ownership structure. /Washington, July 16

THE GUARDIAN: London will be Britain’s new Brussels after Brexit

CHICAGO TRIBUNE: Boeing will have to be more transparent if 737 Max flies again

THE JAPAN TIMES: Struggle continues for victims of sterilisation law

USA TODAY: Truth must be revealed about Russian bounties for US troops

US to impose visa restrictions on some Huawei employees

US to impose visa restrictions on some Huawei employees