Why Tencent needs to spin off its fintech business

Tencent doesn’t need to rush to list this fintech unit. Appetite for mega-IPOs is likely to be satiated those of Alibaba and Saudi Aramco 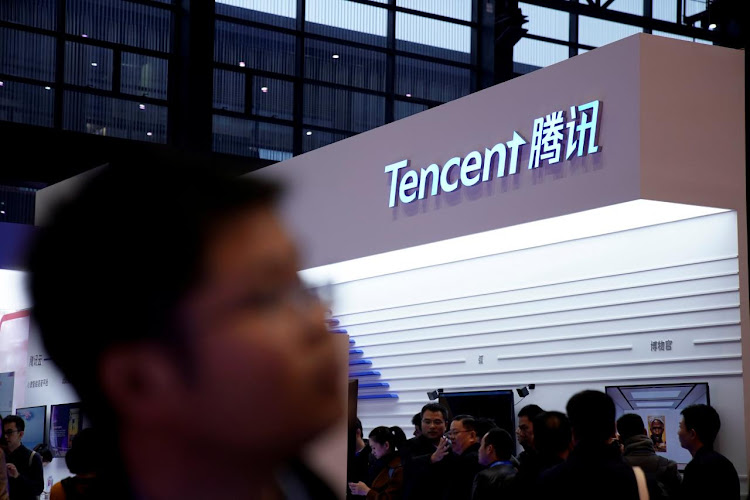 China’s most ubiquitous company is hiding one of its most valuable assets. That needs to change.

Tencent Holdings, of which JSE-listed Naspers owns just less than a third and which best known for the WeChat messaging system that almost everyone in China uses, has a growing fintech business. But it’s getting overshadowed by the games and social media divisions. By spinning it off into a new company, with a move to a separate listing, management could unlock as much as $230bn in value. That would make the entity China’s fourth-largest listed company and the world’s sixth-biggest financial services firm.

Such a move could help Tencent retake some of the limelight it’s about to share with Alibaba Group once that company lists in Hong Kong. Alibaba’s fintech unit, Ant Financial Services Group, already functions as a separate business with the e-commerce giant holding a 33% stake. At Tencent, fintech and business services accounted for 26% of revenue last quarter. The Shenzhen-based company is due to report third-quarter earnings late on Wednesday.

I estimate that revenue from Tencent’s fintech business grew in excess of 70% last year.1 The vast majority of that was payments. Yet Tencent also offers other products such as wealth management and has a 30% stake in WeBank, China’s first online-only bank, which was founded five years ago. Data on its fintech profits is hard to ascertain, yet information disclosed by Alibaba shows that Ant Financial was unprofitable in 2018, so Tencent could be in a similar boat.

That’s not necessarily a bad thing. The two rivals are start-ups in the classic sense, using fast revenue growth driven by marketing and incentives to gain ground fast. A major reason why both have lost money in recent years is due to low take rates — the commissions received from processing payments — because they’ve offered discounts to consumers and merchants.

A turnaround could be near, Sanford C Bernstein senior analyst David Dai wrote in a recent series on China’s fintech sector. He estimates that a maturing market will ease cut-throat competition and allow both companies to take a greater share of the money that sloshes through their payments platforms.

By merely making it a separate entity, management can signal intent and allow investors to start re-rating Tencent’s stock accordingly

As a result, Tencent’s payment business (TenPay) alone could be worth $137bn, compared to $127bn for Ant’s AliPay, the Bernstein team figures. HSBC Holdings uses two methodologies2 to come up with an estimated value of about $128bn. Throw in the other products, and Bernstein calculates a base-case valuation for Tencent’s fintech unit of $160bn, going as high as $230bn.

This indicates that 40% to 58% of Tencent’s current market cap is locked up in this hitherto hidden division. Bernstein has a base case of $210bn for Ant, reaching as high as $320bn.

Payments spin-offs have proven to be lucrative in the past. eBay  proved it with PayPal in 2015, with the latter posting a 177% normalised return since then, outpacing the 145% rise in the S&P data processing sub-index, which includes Visa and Mastercard. PayPal also trounced both eBay (35%) and the S&P 500 (49%). Square, another payments provider, has been one of the hottest stocks of the past decade, returning more than 590% since its initial public offering (IPO) in 2015.

A more recent example comes from India, where Walmart is reported to be spinning off payments business PhonePe from local e-commerce company Flipkart, which it acquired in 2018. That transaction could turn a $20.8bn start-up into two unicorns with a combined value of more than $30bn.

Tencent doesn’t need to rush to list this fintech unit. Appetite for mega-IPOs is likely to be satiated by Alibaba’s Hong Kong listing and that of Saudi Aramco over the next few months. And there’s a long runway of big start-ups ready for their moment in the sun. By merely making it a separate entity, management can signal intent and allow investors to start re-rating Tencent’s stock accordingly.

An IPO may not even be necessary, since Tencent is already sitting on more cash than it needs. Instead, the company could distribute shares in Tencent fintech to existing shareholders, then directly list the stock. That’s similar to the approach advocated by activist investor Dan Loeb for a Sony split.

Tencent is sitting on a bright light in this fintech unit. It’s time to let it shine.

1 The “others” category includes fintech, cloud, film and TV. Tencent noted that fintech is the major component and gave a figure for cloud but not content.

Big bite: why Prosus is salivating over food delivery

R93bn for a company that makes hardly any profit? Welcome to the brave new world of international food delivery
Money & Investing
2 years ago

Tencent worried as no particular trigger seen in aggressive sell-off