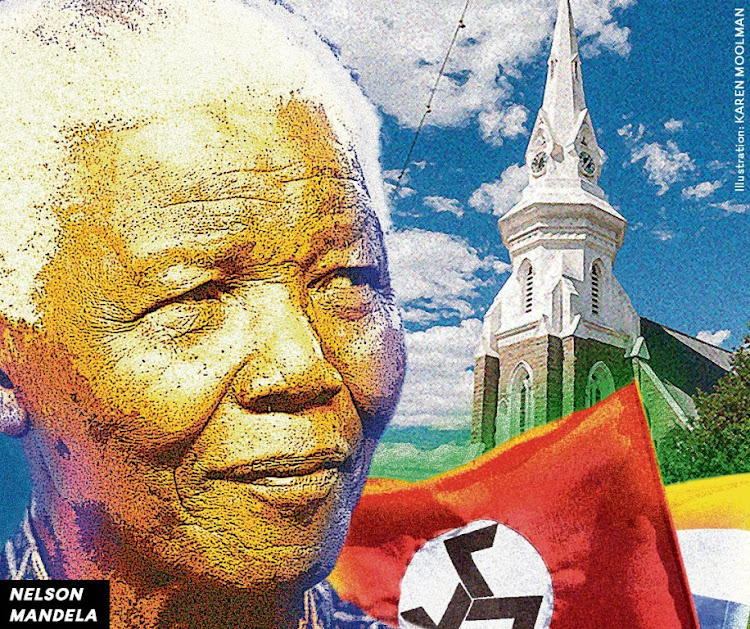 Barry and Sue Lipschitz flew Nelson Mandela from Johannesburg’s Lanseria Airport to Beaufort West on September 11 1993. They had piloted other personalities but Mandela was, of course, special. He had emerged from prison wanting to be a modernising politician spreading his vision and message far and wide, and Beaufort West, a right-wing hot spot, was the destination he deliberately chose to start the pre-1994 election campaign.

Accompanied by Jessie Duarte, Mandela arrived at Lanseria Airport and greeted the Lipschitzes in his customary manner.

"He towered over me," Sue Lipschitz recalls, and anointed her as the "the most important person on this plane, because you are going to look after me". The Lipschitzes certainly had a distinguished flying record to give any passenger great comfort. Barry Lipschitz had well over 7,500 hours’ flying experience, was chief pilot for the Red Cross and an Air Force VIP captain. Sue Lipschitz had served as his long-standing co-pilot.

It was the first time Mandela flew in a plane co-guided by a woman, something, he later remarked, made him just a little nervous. He asked for a 10-minute delay as he was expecting a call from Michael Jackson. A disbelieving receptionist, already thrown off balance by Mandela’s presence, blurted out: "You pilots are always kidding me. Pull another leg." When the call came, she walked over, elevated by the moment, to ask Mandela to speak to Jackson. The plan was to have Jackson come to SA on a fundraising tour, which he did in 1997.

Mandela wanted to make a point early on. He came ready to blast [AWB 'colonel'] Munroe with his considerable political authority, backed up by SAS-trained bodyguards, and likely overwhelmed him with fire and fury.

Landing in Beaufort West, Mandela faced what was SA’s most fundamental challenge at the time, to neutralise the right wing. Chartered by a South African businessman from a company called Chartair for Mandela’s electioneering use, the Citation aircraft was put down safely by the Lipschitzes on the landing strip near Beaufort West. Jeremy Veary, a former Robben Island prisoner who had been trained by the British Special Air Service (SAS) to serve as one of Mandela’s personal bodyguards, gave his version in I Remember Nelson Mandela (2018) about what happened next.

Mandela had known, Veary remarked, that the Afrikaner Weerstandsbeweging (AWB), under the command of a "Colonel" Munroe, would try to "block the town with his 80 or so ‘soldiers’ and occupy the hotel where Mandela was to stay. Well prepared in advance, Mandela and his heavily armed bodyguards arrived, ready to face off the AWB blockade. A newspaper article written years later by Caryn Dolley claimed that the AWB ‘soldiers’ stormed the hotel with the intention of taking him [Mandela] hostage, but a combination of bold security, local support and a fearless Mandela, negotiating with his adversary in Afrikaans, defused the situation."

The truth was probably more prosaic. Mandela wanted to make a point early on. He came ready to blast Munroe with his considerable political authority, backed up by SAS-trained bodyguards, and likely overwhelmed him with fire and fury.

Sue Lipschitz remarked that the hardened Munroe left his meeting with Mandela with his "tail between his legs" but nowhere, as far as I can tell, has the Mandela-Munroe discussion been independently recorded and verified. What we do know is that Mandela was one of the toughest, most stubbornly determined and relentlessly dolorous negotiators when he had to be.

And the most strategic over the long haul. He spent 27 in prison thinking, pondering, discussing and reflecting about his approach. In Dare Not Linger: The Presidential Years, Mandla Langa described Mandela’s priorities before and after he became SA’s new president. They were to disarm and contain the right, prevent a counter-revolution simmering in portions of the apartheid state, and drive and consolidate the democratic order. He documents how Mandela’s natural charm, ability to form fellowship and his immense powers of persuasion won over many right-wing leaders whose co-operation he enlisted before and after the 1994 elections. Mandela’s personal efforts were supported by a wide range of institutional measures that had the longer-term result of marginalising the right wing, integrating the defence forces and dismantling the apartheid-era secret police, death squads and network of assassins that operated globally.

The extreme right and left therefore had a voice in a political system resting on universal franchise and a Bill of Rights that protected citizens from state abuse, binding everyone into the same set of national institutions.

These institutional measures were, first, a proportional electoral system where we voted nationally for a party and not individual representatives inserted into the new constitutional measures. This ensured maximum inclusiveness. With no thresholds in place, a set number of votes from anywhere in the country guaranteed a parliamentary seat.

The extreme right and left therefore had a voice in a political system resting on universal franchise and a Bill of Rights that protected citizens from state abuse, binding everyone into the same set of national institutions.

Second, the various armies had to be integrated into a single force and placed under civilian control. The South African Defence Force was the only real army into which the five homeland ones and the ANC’s and Pan Africanist Congress of Azania’s unconventional guerilla forces were to be integrated. This ended well enough but the clandestine terror network that centred on military intelligence was never brought under any semblance of civilian control or properly dismantled.

Third, because our settlement resulted from a stalemate between the apartheid state, which had overwhelming military capability but no legitimacy, and Mandela’s ANC, which projected a moral legitimacy but possessed no serious military capability, there were no victors and no Nuremberg trials for crimes against humanity, of which many were committed.

SA settled on a Truth and Reconciliation Commission that offered amnesty to the perpetrators of crimes in exchange for disclosing the truth, an approach that suited Mandela’s appetite for reconciliation rather than revenge.

Fourth, Mandela had a unique approach to cultural affairs. He had the greatest respect for people’s language and he said he would defend the right of all to speak in the language of their choice. He did not favour the dismantling of colonial-and apartheid-era statues (how would the descendants feel to see their great-grandfather’s or great-great-grandfather’s likenesses so dishonoured, even if they were bloody scoundrels in their time, he asked). 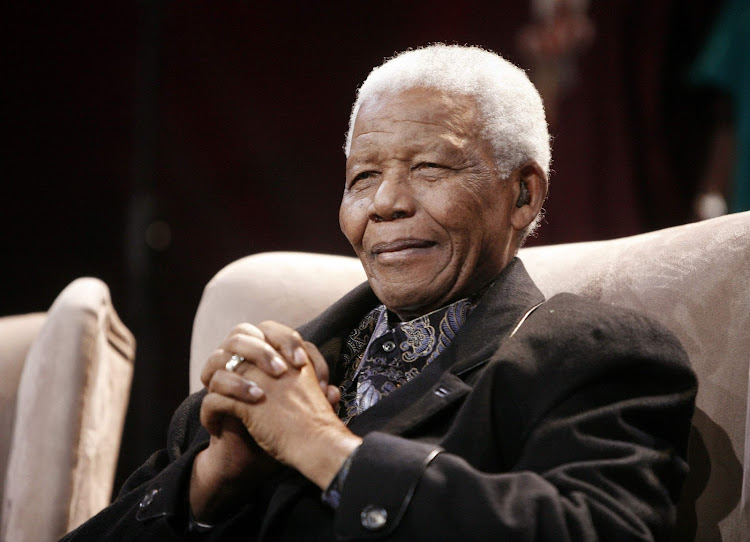 Instead, new statues and museums should be built and the old ones marginalised.

Fifth, in foreign affairs Mandela built on his predecessor FW de Klerk’s efforts to return SA to the international community. De Klerk ordered the dismantling of SA’s nuclear capabilities, which was carried out and certified under international supervision. He also ordered the dismantling of the biological and chemical weapons programme, but this was scuttled and never certified. As president, Mandela struggled to bring this vile apartheid-era programme under control. Many pathogens found their way into the international black market for assassination-grade poisons.

The approach Mandela framed and tested in Beaufort West was part of a strategy about which he thought hard and long. After Beaufort West, the Lipschitzes returned Mandela to Cape Town, where they were met by a medium-sized crowd.

Safely piloting personalities and leaders like Mandela was not the only highly skilled technical service they quietly provided.

Sue Lipschitz also worked hard to help build a new arts and culture platform for the nation, and with many other individuals from across our rich colour spectrum assisted Mandela in his drive to create a better SA.

• James is visiting professor at Columbia University in New York, co-editor of Nelson Mandela: From Freedom to the Future (2003) and author of Moments with Mandela (2013).

LUKANYO MNYANDA: When trust is eroded, investors are the losers

LUKANYO MNYANDA: When trust is eroded, investors are the losers