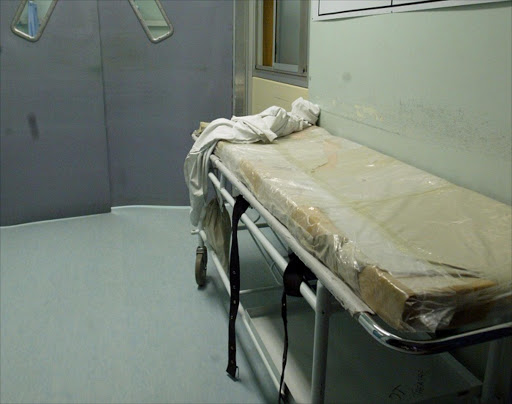 Ahead of President Cyril Ramaphosa's state of the nation address on Thursday, health activists have called on him to take concrete action to fix the health system rather than focusing on the long-promised national health insurance (NHI) scheme.

The ANC-led government has been pushing for NHI since 2009, but has yet to drive through any reform to breathe life into the policy, which aims to provide everyone with health services that are free at the point of delivery.

“SA has been on the brink of major health system change for almost a decade. NHI has been discussed for years and made less tangible with each iteration of the policy,” said lobby group Section 27, referring to the three NHI policy papers published by the government.

The first legislative steps towards establishing NHI are contained in the NHI Bill, which was published for public comment last June. The bill paves the way for the establishment of an NHI Fund that will purchase services from accredited public and private sector providers.

It has been mired in controversy, after a leaked Treasury letter exposed an attempt by the president’s adviser, Olive Shisana, to introduce sweeping changes to the proposed laws after the public comment period closed. The cabinet rejected a revised version of the bill in December, and reconsidered last week, but the government has remained tight-lipped about its content.

Section 27 said government had become fixated on the NHI Bill, at the expense of fixing the health system.

“The creation of a fund does not itself improve the health system. The fund needs a system to buy services from. We do not have that system,” it said in a statement issued on Wednesday.

Section 27 welcomed the fact that the Special Investigations Unit was expediting investigations and prosecutions in the health sector, and the appointment of more public healthcare workers as part of the President’s economic stimulus package. But it said more needed to be done.

“We cannot afford to stop at a few interventions and the passage of a bill. This state of the nation address we call for real action to fix the health system. Stop killing babies and their mothers through health system failure,” it said.

However, SA’s biggest trade union federation, Cosatu, said its members wanted to see more rapid progress on NHI. “Our nurses, doctors and health workers need to see the government get serious about building the foundations for the NHI and fast-tracking its realisation. Yet all they see is austerity, having to work 48 hour shifts, lack of basic medicines and security, growing queues and poor infrastructure,” said its parliamentary spokesperson, Mathew Parks.

President’s job it is to play both sides and the public will try to gauge from his speech if he is working for democracy and accountability, or has  ...
Opinion
3 years ago

The elections will be uppermost in Cyril Ramaphosa’s mind as he addresses the nation and as Tito Mboweni, his finance minister, delivers his budget ...
News
3 years ago
Next Article

1.
Eskom CEO De Ruyter thrilled with prospect of ...
National
2.
MECs Lesufi and Maile battle it out for top ...
National
3.
At least 22 youngsters die in East London tavern
National
4.
Load-shedding to continue at stage 4 until ...
National
5.
ANC Gauteng conference hangs in the balance ...
National

1.
Eskom CEO De Ruyter thrilled with prospect of ...
National
2.
MECs Lesufi and Maile battle it out for top ...
National
3.
At least 22 youngsters die in East London tavern
National
4.
Load-shedding to continue at stage 4 until ...
National
5.
ANC Gauteng conference hangs in the balance ...
National